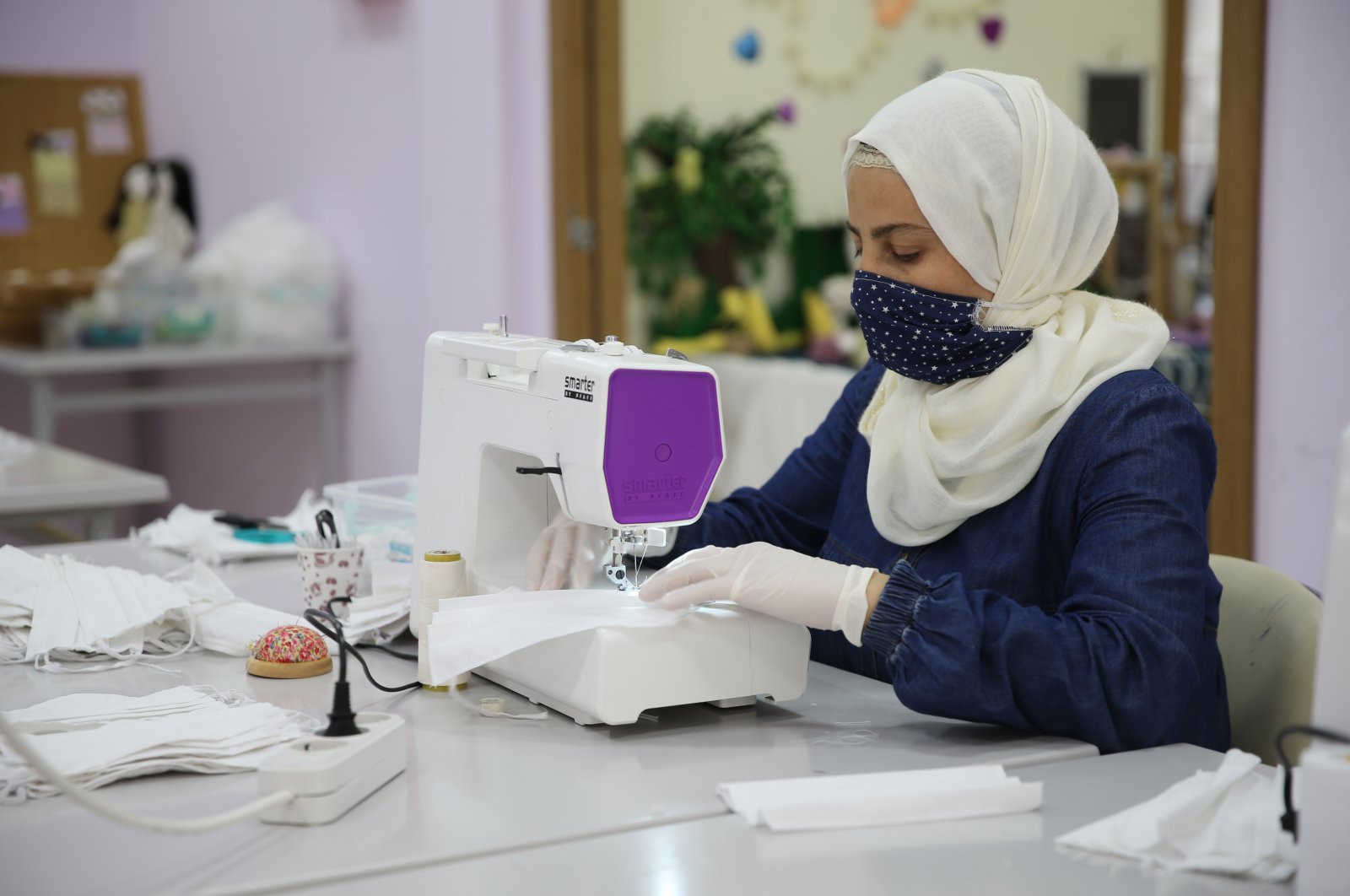 This is an especially challenging time for Syrian refugees living in Turkey as most of them work in the service sector, the frontline of the coronavirus pandemic, according to a local sociologist.

"Syrians living in Turkey can face much bigger challenges during the pandemic,” said Nilüfer Narlı, head of the Sociology Department at Bahçeşehir University in Istanbul.

The 4 million refugees in Turkey – over 3.7 million from Syria – make the country home to the world’s largest refugee population on the occasion of Saturday’s World Refugee Day, an event set by the U.N. to honor refugees worldwide.

The event marks "the strength and courage of people who have been forced to flee their home country to escape conflict or persecution," according to the U.N.'s website.

On Thursday, the United Nations High Commissioner for Refugees (UNHCR) released its annual global trend report showing "an unprecedented 79.5 million were displaced as of the end of 2019. UNHCR has not seen a higher total.”

Unemployed due to pandemic

After Turkey confirmed its first COVID-19 case in March, the country took a host of measures to stem the virus's spread, including the closure of restaurants, cafes and other service sector institutions.

Although some Syrians are business owners or co-owners with Turkish nationals, a large chunk of Syrians in Turkey work in the service sector, according to Narlı.

Due to virus lockdowns, many white-collar workers began working from home and holding meetings online, but blue-collar workers did not enjoy similar luxuries, Narlı said.

"Blue-collar workers continued their work in environments where social distancing was often violated, like people fighting at the front line (against the virus),” she added.

Pointing out how a great many Syrians in the country lack formal or higher education and a large number are also unskilled workers, Narlı said: "Some of them are working in the textile sector, while others are in the manufacturing industry or the service sector. They, of course, continue to work (during the pandemic),” she explained.

Although Syrians under Turkey’s temporary protection can use health care services free of charge, Narlı underlined that unregistered Syrians – around 10% of the local Syrian population – are considered not protected.

"Those who are not registered will not be able to benefit from health care services,” she said.

"For this reason, if they contract the disease, it will be very difficult for them to go to a hospital for treatment because they do not have the status of temporary protection.”

Citing her 2018 study of 380 Syrians living in Istanbul’s Zeytinburnu district, a hub for refugees, Narlı said, "Our work in Zeytinburnu showed that 15-20 people could live in a 100-square meter house."

In such crowded conditions, "if one family member is infected, they can quickly transmit it to other members of the family,” she added.

In her study, "Life, Connectivity and Integration of Syrian Refugees in Turkey: Surviving Through a Smartphone," Narlı wrote: "Most of the Syrian families surveyed tend to live in low-rent basement or top floor apartments that often lack sufficient facilities for sleep, personal hygiene (and) food preparation and storage.”

Turkey’s Syrian refugee population skews young, she pointed out, which does give them an edge in facing a pandemic that has proven more dangerous for the elderly.

"The number of Syrians age 55 and over is quite low,” she said. "Syrians being young are an advantage for them against the pandemic.”

But Narlı complained about the lack of information on refugees amid the pandemic: "We do not know if they have enough hygienic materials such as soap, diapers or sanitary pads in their homes.”

Narlı, whose work focuses on topics such as the integration of refugees in society and their social cohesion, praised Turkey’s policy of integrating Syrian children into Turkish schools.

"Children can adapt to Turkish culture quickly and learn the language,” she said, urging the continuation of this integration policy.

Turkey has made large investments in social cohesion policies, she said.

Integrating children via Turkish schools was one of the policies interrupted due to the coronavirus, as schools across the country were closed and education continued via distance learning.

Many Syrians live in crowded houses and they may not have the equipment needed for their children to continue education online, she added.

Narlı said the government should continue its social cohesion policies by taking measures, including investigating whether there are problems with children doing distance learning as well as Syrians accessing health care services.

She said that according to research, around 60% of the Syrians now in Turkey plan to stay, over a decade into the Syrian war.

"Around 2 million Syrians have a debit card from the Turkish Red Crescent that they can use to get food and hygiene supplies,” she said.

As of April 1 this year, the cards are issued by the Turkish Red Crescent as part of the Emergency Social Safety Net program backed by the International Federation of Red Cross and Red Crescent Societies (IFRC) and the EU.

According to Narlı, the biggest problem that Syrians face is working in the informal sector, leading to a large gap in the data. "We do not know these figures, whether they are losing their jobs or not, because they are working informally,” she said.