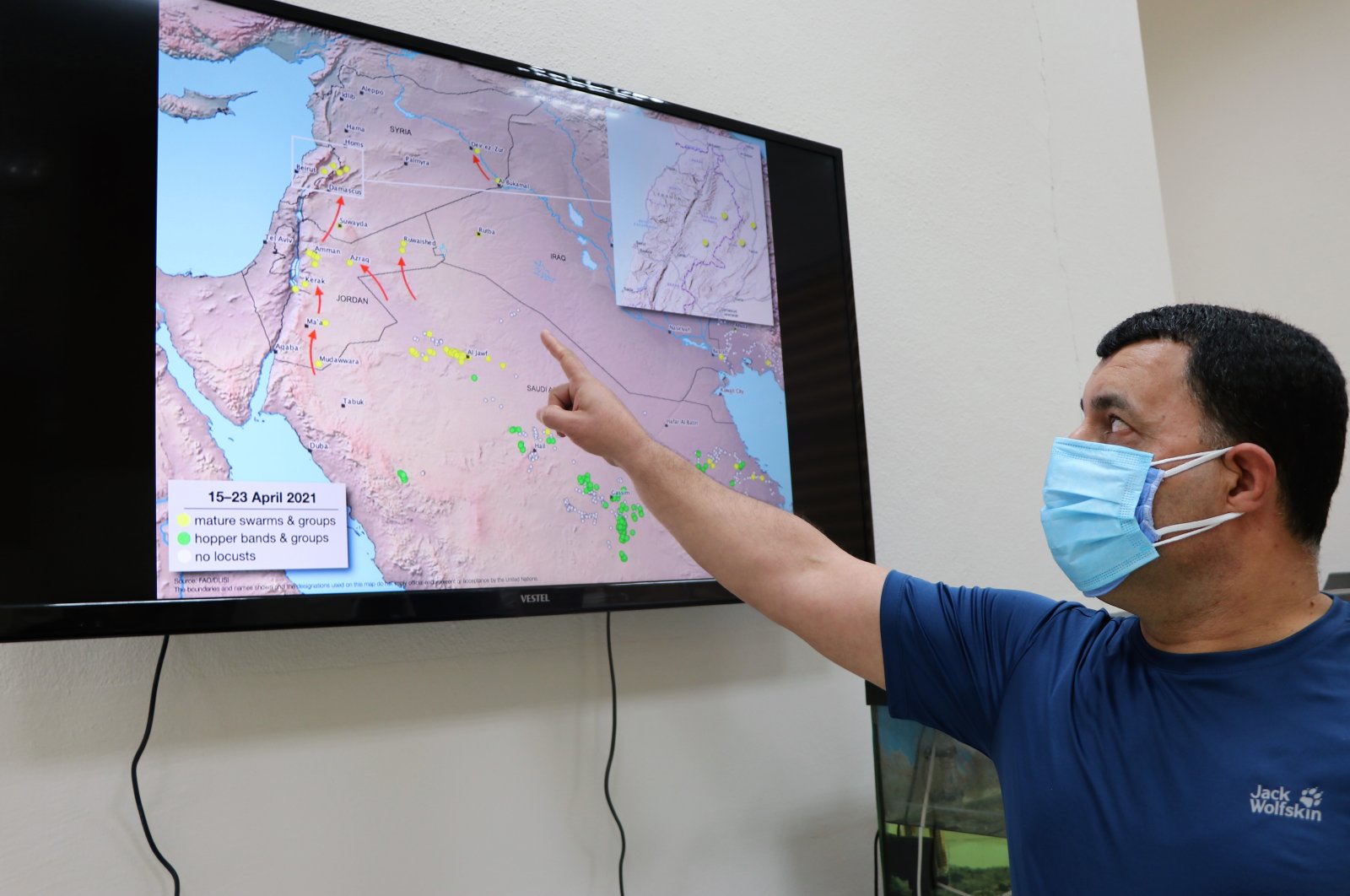 The next stop for the locusts that invaded the capital of Syria, Damascus, could be Turkey and if the war-torn country doesn't take sufficient action, the locusts may swarm into Turkish territory even though the probability is still low, an expert warned Friday.

It is necessary to be vigilant against locusts that are moving course due to changes in weather events, professor Ali Satar, who heads the zoology department of Dicle University in southeastern Turkey's Diyarbakır, told Demirören News Agency (DHA).

"We do not think that desert locusts will come to Turkey. But of course, there is a small possibility. Desert locusts can reach millions at a time. The herd of locusts in Syria is said to be small. But we must always be alert." He said.

Satar warned the cities on Turkey's border with Syria in particular: "We have to be very careful. We have to make constant checks. I warn especially the provinces in our border regions. There was a different type of grasshopper in Hatay this year, we need to pay close attention to it."

In Mardin, as well as in Hatay, a southern Turkish city, this year Satar and his assistant found a grasshopper similar to the desert locusts in Syria. The type of grasshopper in Mardin and where it might have come from will only be determined after research has been conducted.