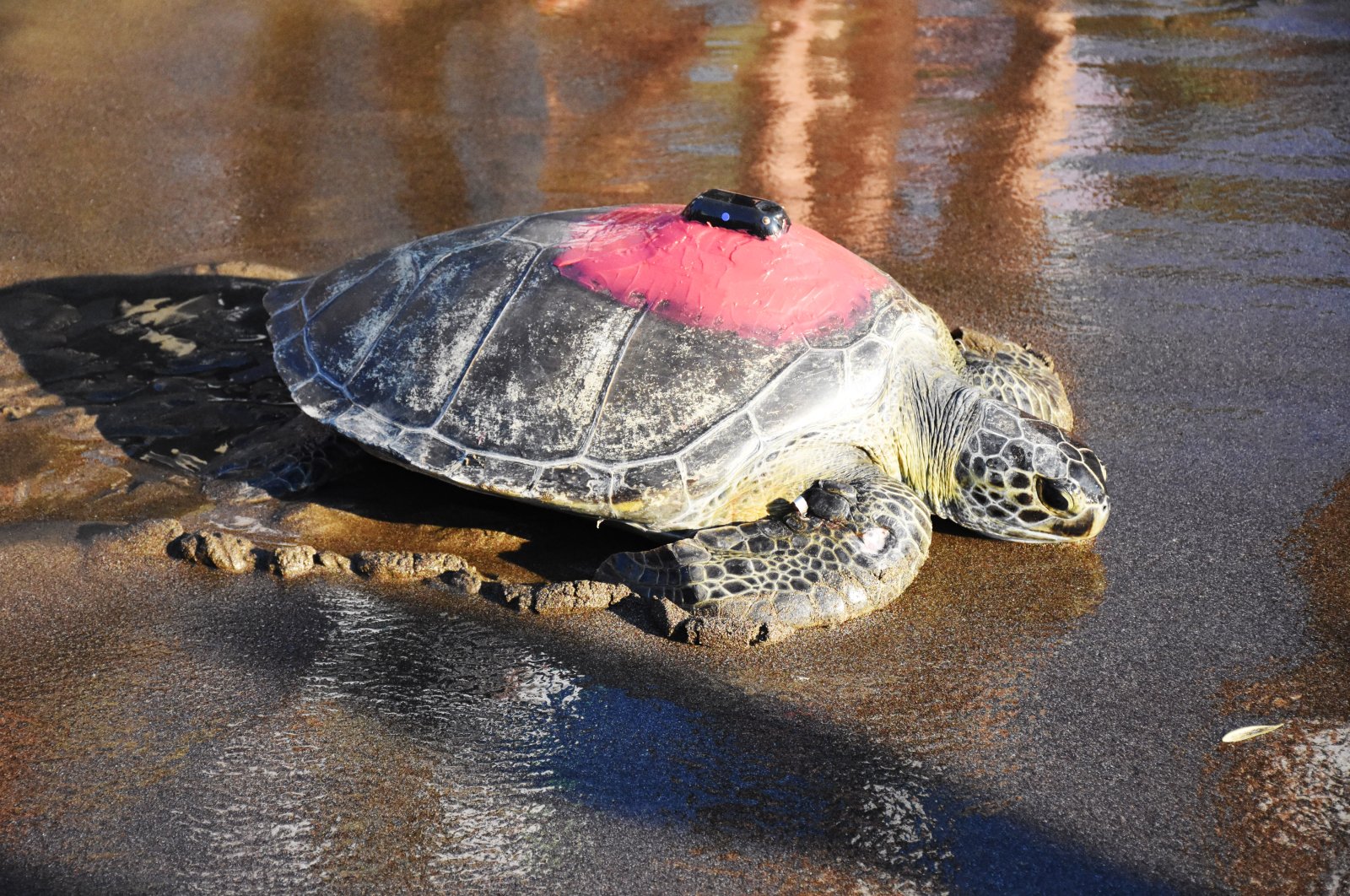 Talay the green sea turtle, which is in danger of extinction, traveled approximately 30 kilometers (18.64 miles) in three days, as the data received from the satellite tracking device on her.

Talay aroused excitement among people as she is being the first young green sea turtle to be watched in the country.

The sea turtle was found nine months ago in the Marmaris district of Muğla, in southwestern Turkey, having swallowed a fishing rod and fishing line.

The turtle, named Talay, was brought to the Sea Turtles Research, Rescue and Rehabilitation Center (DEKAMER) and treated. Talay was released into its natural habitat three days ago before having a satellite tracking device attached to her.

DEKAMER stated that they are continuing to monitor Talay just as they are watching tens of different turtle species. The movements of turtles, which are tracked with a satellite tracking device, can be viewed on DEKAMER's website.