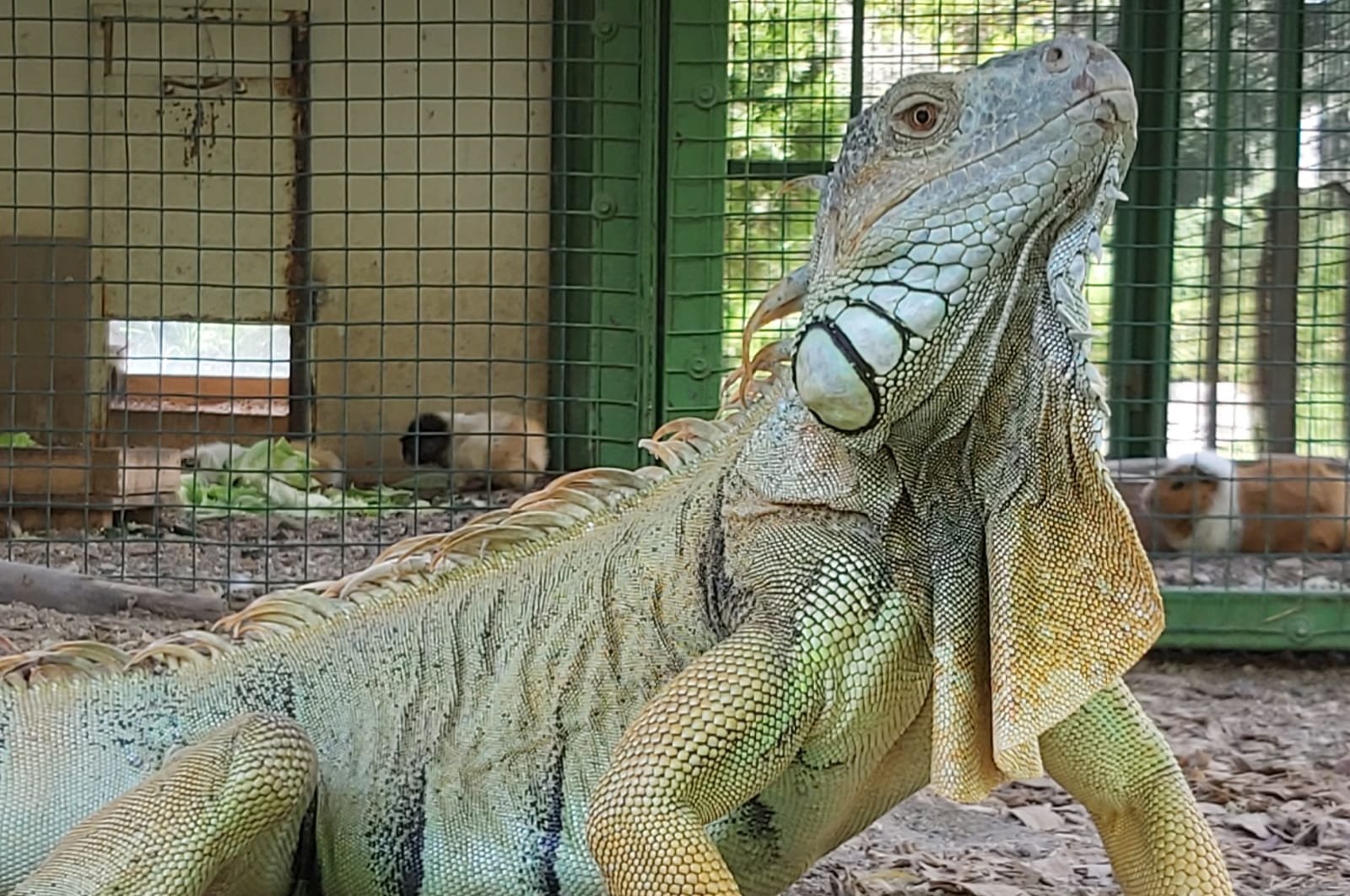 A newly arrived iguana is seen at the Tarsus Animal Park in the southern city of Mersin, Turkey, Sept. 8, 2020. (Mersin Metropolitan Municipality via AA)
by DAILY SABAH Sep 08, 2020 5:09 pm
Edited By Gabriela Garver

A zoo in the southern Turkish province of Mersin welcomed 57 new animals of 11 different species on Monday.

Hyenas, snakes, gazelles, chukar partridges and red deer were among the critters transferred to Tarsus Animal Park from Izmir Wildlife Park. The zoo in the western city of Izmir had exceeded its shelter limits for the animals, a statement by Izmir Metropolitan Municipality said.

Tarsus Animal Park already hosts 83 different species. Once these new arrivals settle in, they will add to the park's animal kingdom and become a new center of attention for guests.

Tarsus Animal Park recently welcomed seven new offspring. At the beginning of the summer, three gazelles, two fallow deer, one red deer and one white-tailed deer were born at the zoo and have been receiving top care from staff.