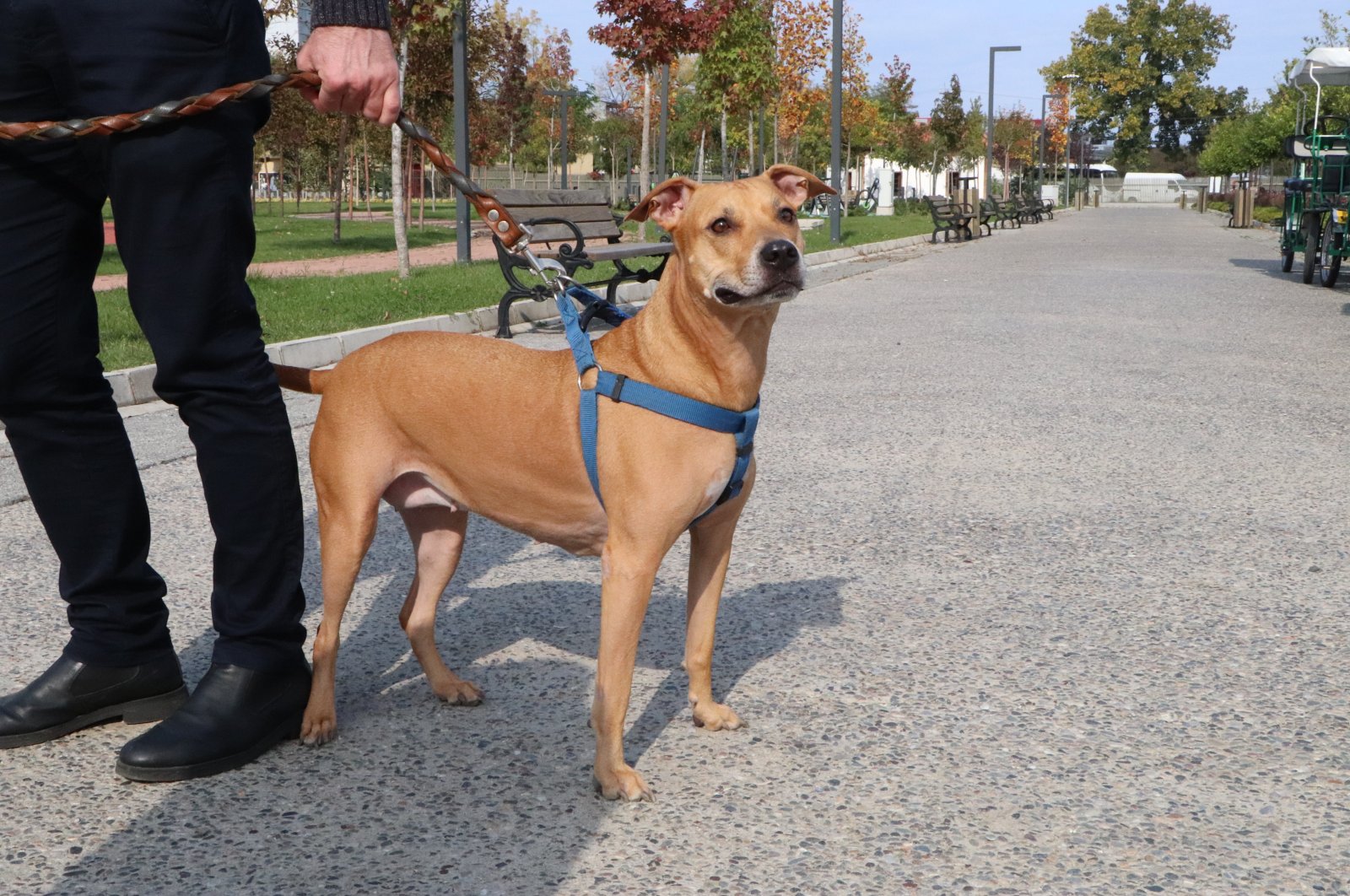 Four attacks where pit bulls were the culprits in the past two months raised concerns over the canine breed. Long maligned by its critics as an aggressive species with the potential to harm people, pit bulls are actually not harmful, experts and owners say.

Pit bull attacks are not unusual, but social media campaigns for a more effective ban on raising the dogs were renewed after the spate of attacks. In October, a pit bull walking near its owner without a leash tore the cheek and ear of an infant in the southern province of Antalya. In Samsun, a 35-year-old man needed reconstructive surgery after a pit bull, again, walking without a leash, tore off his nose. Fellow canines have also been targets of pit bulls, like a dog in the western province of Izmir mauled by two pit bulls last month.

But it is not the fault of the dogs that attack people but rather it is people who own the dogs. “Pit bulls are not naturally aggressive. They are good family dogs if they are raised by normal people. But if you raise them to show off, to scare others and raise them attack people, they become this way,” Professor Duygu Dalğın, a veterinary expert from Ondokuz Mayıs University, told Ihlas News Agency (IHA).

Under a ban in the animal protection bill, raising, adopting, importing or selling pit bulls are banned, but the dogs are still prevalent, as the attacks demonstrate.

Dalğın says pit bulls are otherwise lovely, loyal and can get along with children well. She says the mixed breed has long been exposed to “artificial selection” for breeding, with dogs of an aggressive nature specifically selected for breeding. “This is the real problem. Otherwise, there is no scientific basis to flatly ban pit bull ownership,” she said. Dalğın said other types of dogs can be violent too, but pit bull attacks were more severe as they are stronger and can inflict more damage.

“Unfortunately, pit bulls are usually owned by people who want to fight them with other dogs. Pit bulls, like other large dogs, should also be walked with muzzles, but this is not often the case in Turkey,” she added.

Murat Kurt, a pit bull owner, says the dogs have been stereotyped. “Every type of dog can attack people if they are violent. You can’t single out pit bulls as the only attacking dog,” Kurt told IHA. He said the number of pit bulls proliferated in Turkey because it was “an ideal dog” to care for at home. “It is all about how you raise them. If you raise them violent, they will be violent,” he said.