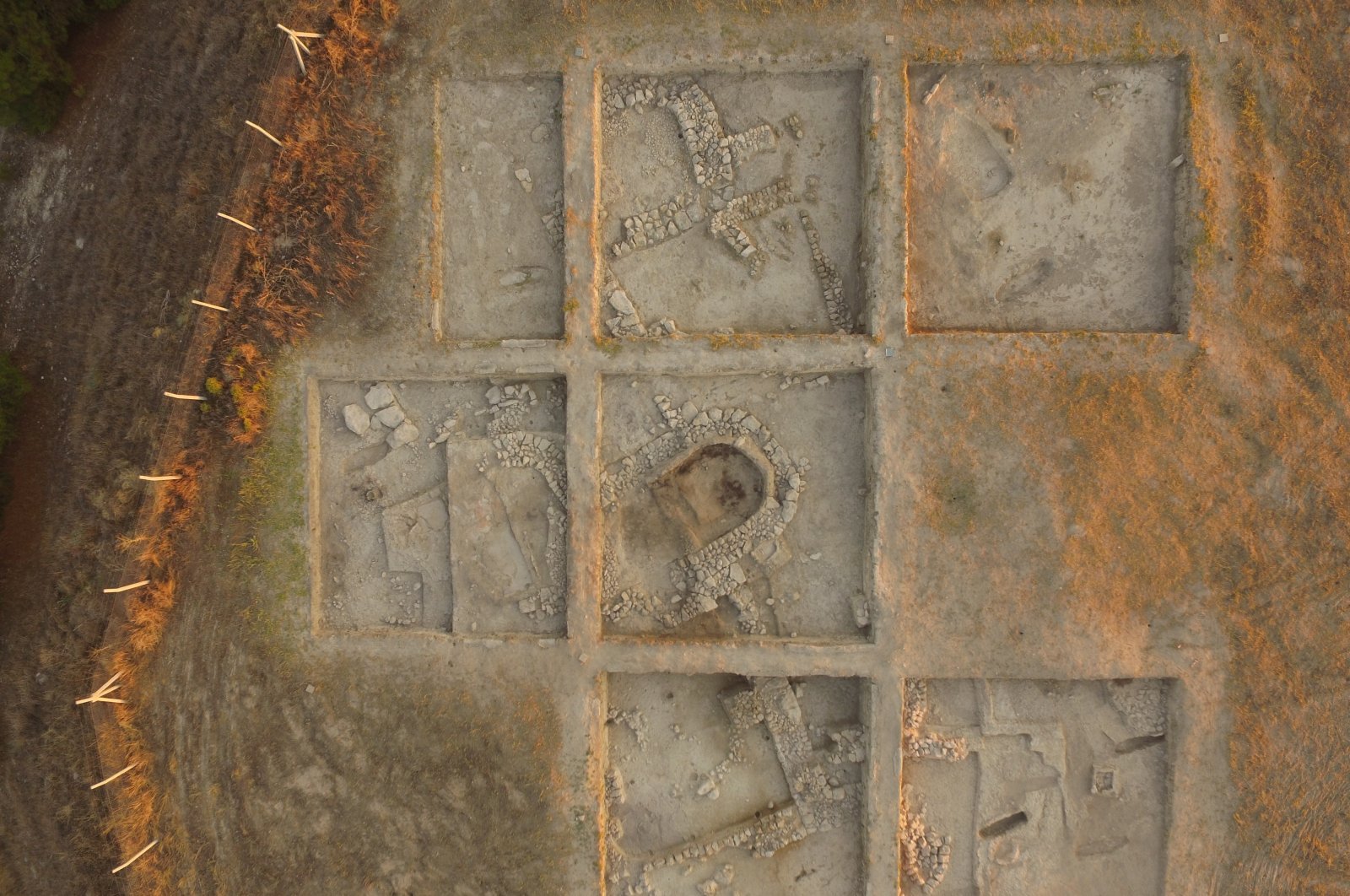 The excavation site in Ekşi Höyük, one of the oldest settlements in western Anatolia, located in the present-day Denizli province, western Turkey. (AA Photo))
by Anadolu Agency Aug 28, 2020 3:09 pm

Bone needles and round stones used for spinning thread dating back some 8,600 years were found in an excavation site in Ekşi Höyük, one of the oldest settlements in western Anatolia, located in the present-day Denizli province.

"During excavations carried out in this Neolithic-era settlement, we discovered some of the first tools used for textiles in history," Ege University's Fulya Dedeoğlu, head of the excavation team, told Anadolu Agency (AA).

"The architectural remains here are in very good condition. You can see all of the typical materials of the era here."

She added: "One of the most striking things we found is the needle bones, which we think date back to 8,600 years ago, and carved round stones for spinning thread."

She stressed that Denizli is known for its history in textiles and that many bone needles used in textiles were found at the excavation site.

"The findings here prove that the textile tradition in Denizli dates back to earlier times. We've discovered them in a building that we think was built in 6400 B.C.," Dedeoğlu added.

Along with Turkey's Culture and Tourism Ministry, academics from universities across the country are helping in the excavations, which started in 2015.