The end of the pandemic is near, Health Minister Koca says 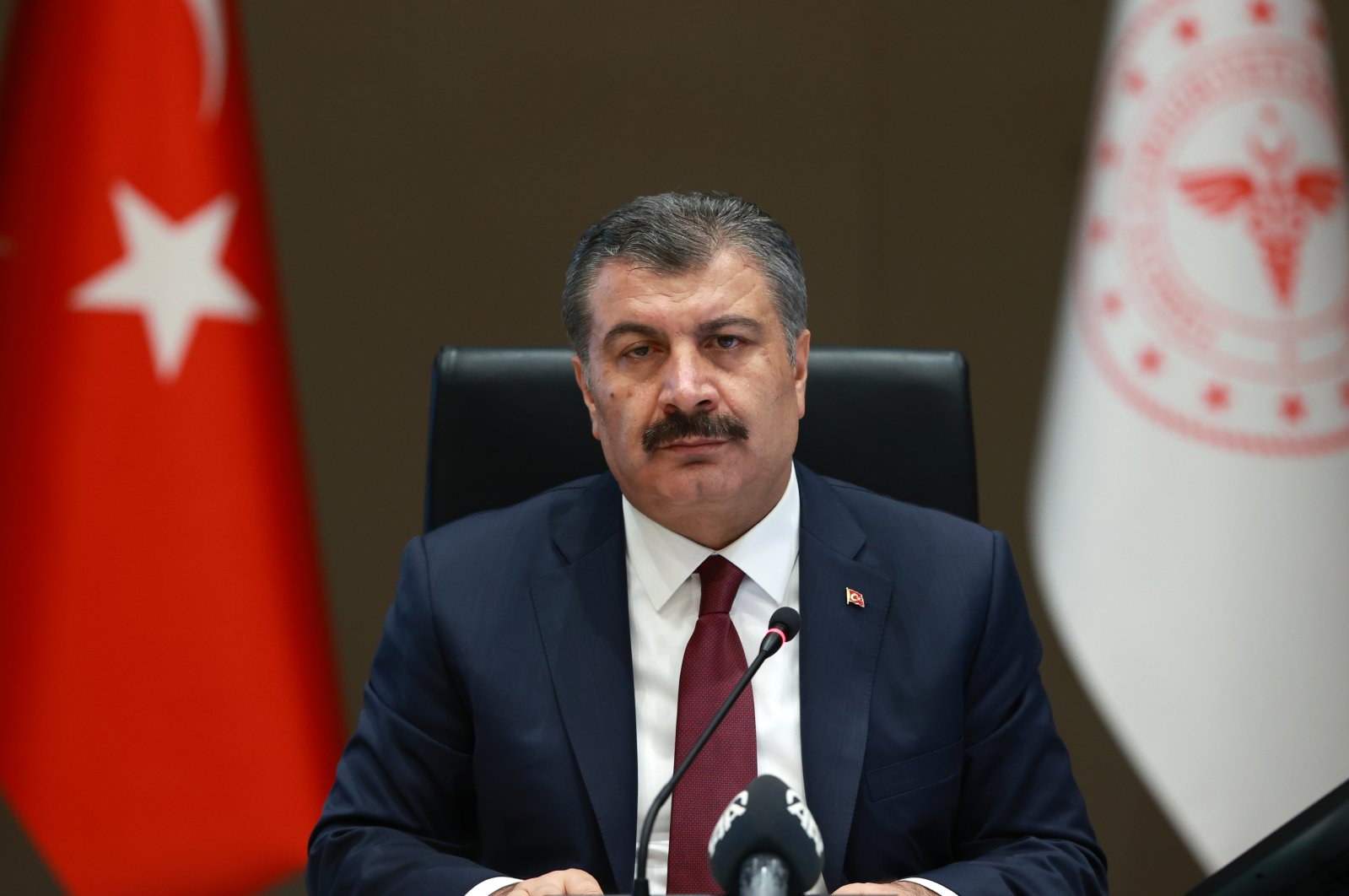 As Turkey continues its fight against the novel coronavirus pandemic Health Minister Fahrettin Koca said that the end of the pandemic seems to be near.

"We may be living the critical final months," the minister said at a news conference following a meeting of the country's coronavirus task force.

Koca noted that the contagion of the virus has accelerated in the last two months, adding that the rate of infections was not slowing and urged people to take precautions.

"The pressure it puts on our health care professionals has increased by 4-5 times," he said.

Turkey also raised filiation personnel to 11,238 from 6,000 to monitor the spread of the virus, he added.

"Today, the world is in a more difficult phase of COVID-19 than at the beginning of the pandemic," Koca said, adding that vaccine studies will show positive results by the end of the year.

Koca stressed that 51.6% of beds in hospitals were occupied, intensive care units are working at 66.3% capacity and 33.6% of available ventilators are being used.

Of those infected, 7.1% suffer from pneumonia.

Another 1,771 cases of the virus were reported in the past 24 hours bringing the country's tally to 296,391, Koca said. The number of patients in critical condition has increased to 1,351.

The minister said that 1,342 patients recovered from COVID-19 over the past day. Meanwhile, the death toll in the country reached 7,249, as 63 more people lost their lives.

Health care professionals conducted 112,645 more tests to diagnose the disease over the last 24 hours, pushing the tally to over 8.85 million.

The health minister said that Turkey began the final Phase III trials of an experimental Chinese coronavirus vaccine on Wednesday.

"The first administration of the Sinovac vaccine was started with three health care workers at Hacettepe University, who volunteered to take part in the trials," Koca said.

The vaccine will be administered to between 1,200 and 1,300 health workers over 10 days and a second dose will be given 14 days after the first.

The results of the trial will be sent to the World Health Organization (WHO).

Koca added that Turkey is continuing its own attempts at developing a vaccine.

The Sinovac vaccine candidate will later be administered to volunteers with chronic diseases, with the aim of vaccinating 13,000 people.

The minister announced last week that Phase III work had started on the Chinese vaccine candidate, as well as another developed by Pfizer. Russia's application to conduct Phase III trials in Turkey for its experimental vaccine was being evaluated and a decision would likely be made this week, he said.