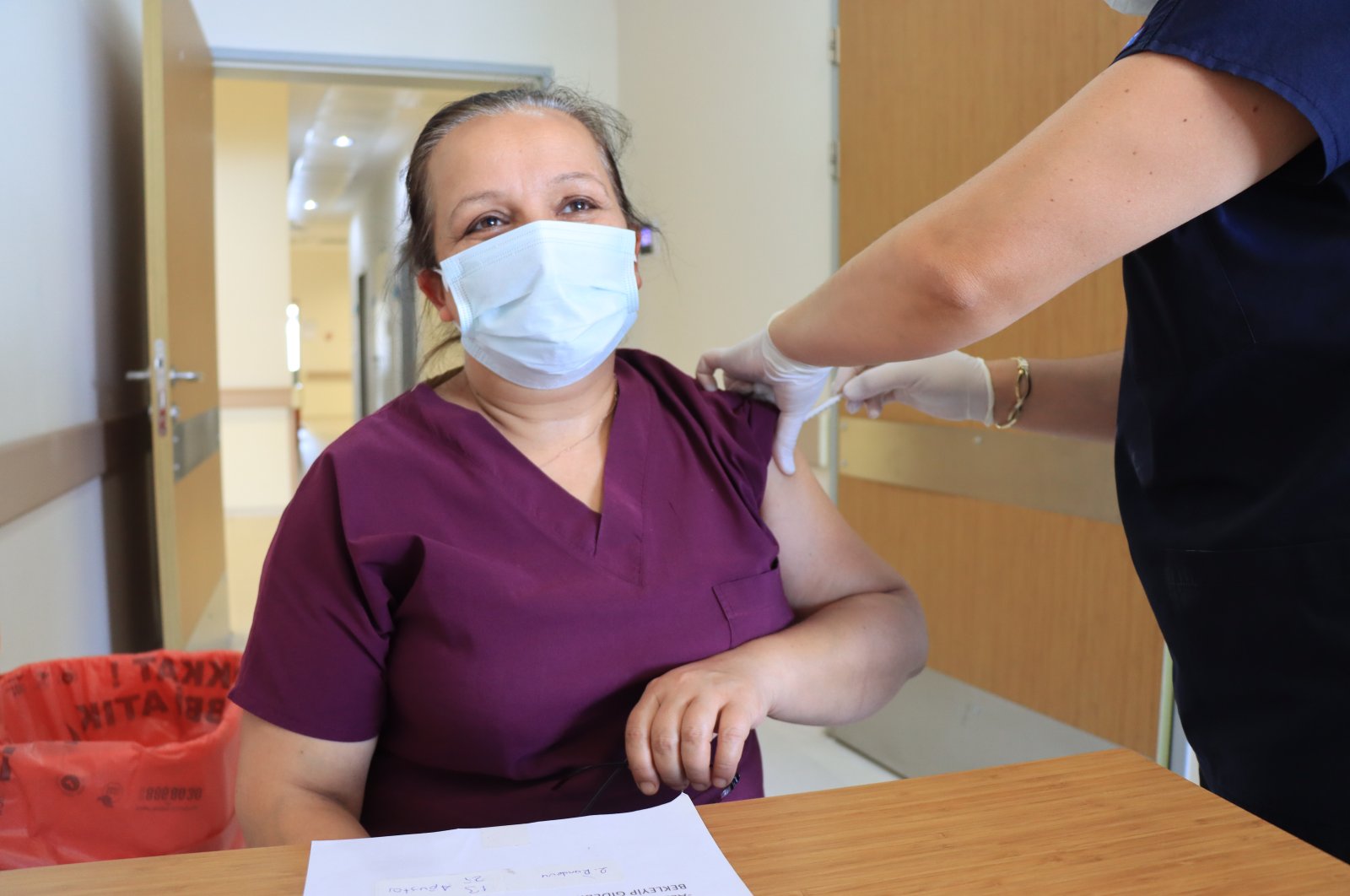 It is a “booster” July for the Turkish public amid the coronavirus pandemic. After months of curfews, morale is being boosted thanks to an end to most restrictions and the prospect of reaching mass immunity as the country starts administering “booster” vaccines, or third doses, to people aged 50 and above as well as health care workers.

The latest phase of the normalization process began Thursday across the country that has battled the pandemic since March 2020. Nighttime curfews and weekend curfews were completely lifted while most businesses were given more freedom to operate. Essentially, only mandatory mask-wearing and social distancing rules remain in the country which imposed a strict lockdown last month.

Also on Thursday, “booster” doses started being administered in a bid to increase antibody levels among vaccinated individuals. Health care workers were first to receive the third shot, and were also the first to be inoculated in the country back in January. The Health Ministry also expanded the booster shot campaign to include people aged 50 and above. Health care workers who received their second shot three months ago will be eligible for the third dose, while others will have to wait to reach the three-month threshold. Gradually, more people would be included in the third dose campaign.

People will be able to choose a different vaccine from the one they received before. Currently, CoronaVac, produced by China’s Sinovac and a messenger RNA (mRNA) vaccine developed by Pfizer-BioNTech are available in the country. Russia’s Sputnik V vaccine is also expected to be included in vaccine inventory this week. Experts recommend a third dose as antibodies created by the first dose of the vaccine decrease with time.

The country on Thursday exceeded 50 million doses in the vaccination campaign, a development hailed by President Recep Tayyip Erdoğan. “Thankfully, we exceeded 50 million doses in the vaccine, our most effective weapon in coronavirus pandemic,” he tweeted. More than 34 million people have received their first doses so far while the number of people who received both doses has surpassed 15.1 million.

“With our strong health care system, efforts of our health care workers, awareness of our nation and with our domestic vaccine Turkovac which will be available soon, we will continue our fight against COVID-19 and carry Turkey to a healthier tomorrow,” Erdoğan also said. Turkovac, an inactive vaccine candidate, is expected to be the first domestically engineered shot to be made available. It is among 14 vaccine candidates endorsed by the state. Scientists hope to make it ready before the end of summer while thousands of volunteers applied for the last stage of trials. A virus-like particle (VLP) vaccine is also expected to be launched in autumn. The VLP vaccine is currently in Phase 2 trials.

Mass immunity through vaccines can provide much-needed relief to Turkey but experts warn against “too much relief” at a time when the delta variant is making its way into dozens of countries. The variant also made its foray into Turkey recently, though in small numbers. Flights from six countries were halted Monday due to new variants while passengers arriving from abroad are now subject to random tests even if they have negative polymerase chain reaction (PCR) tests. Associate professor Duran Tok, an infectious diseases expert, told Milliyet newspaper Thursday that mRNA vaccine provides 90% efficacy against the delta variant and they need to vaccinate more than 60% of the population with two doses before September, to maintain protection against possible infection variants.

Experts warn that with the arrival of autumn, cases may increase as people start spending more time indoors. This was the case last autumn. After a lull in cases in summer, they started climbing again, forcing the country to introduce new restrictions in November. Professor Ismail Balık, head of the department of infectious diseases at Ankara University, says Turkey should maintain the rate of 1.5 million doses of vaccine daily, a target achieved earlier this month. “With a drop in vaccination rate and with people dropping their guard (by abandoning social distancing and mask rules), we can see a fourth wave in pandemic in September or October,” he warned. Professor Mustafa Hasöksüz, a member of the Health Ministry’s Coronavirus Scientific Advisory Board, echoes these concerns. “I am afraid of a fourth wave if people abandon measures. The most effective protection against the disease begins only two weeks after the second dose is administered. People should never stop personal protection measures after the first dose,” he stressed in an interview with Hürriyet newspaper.