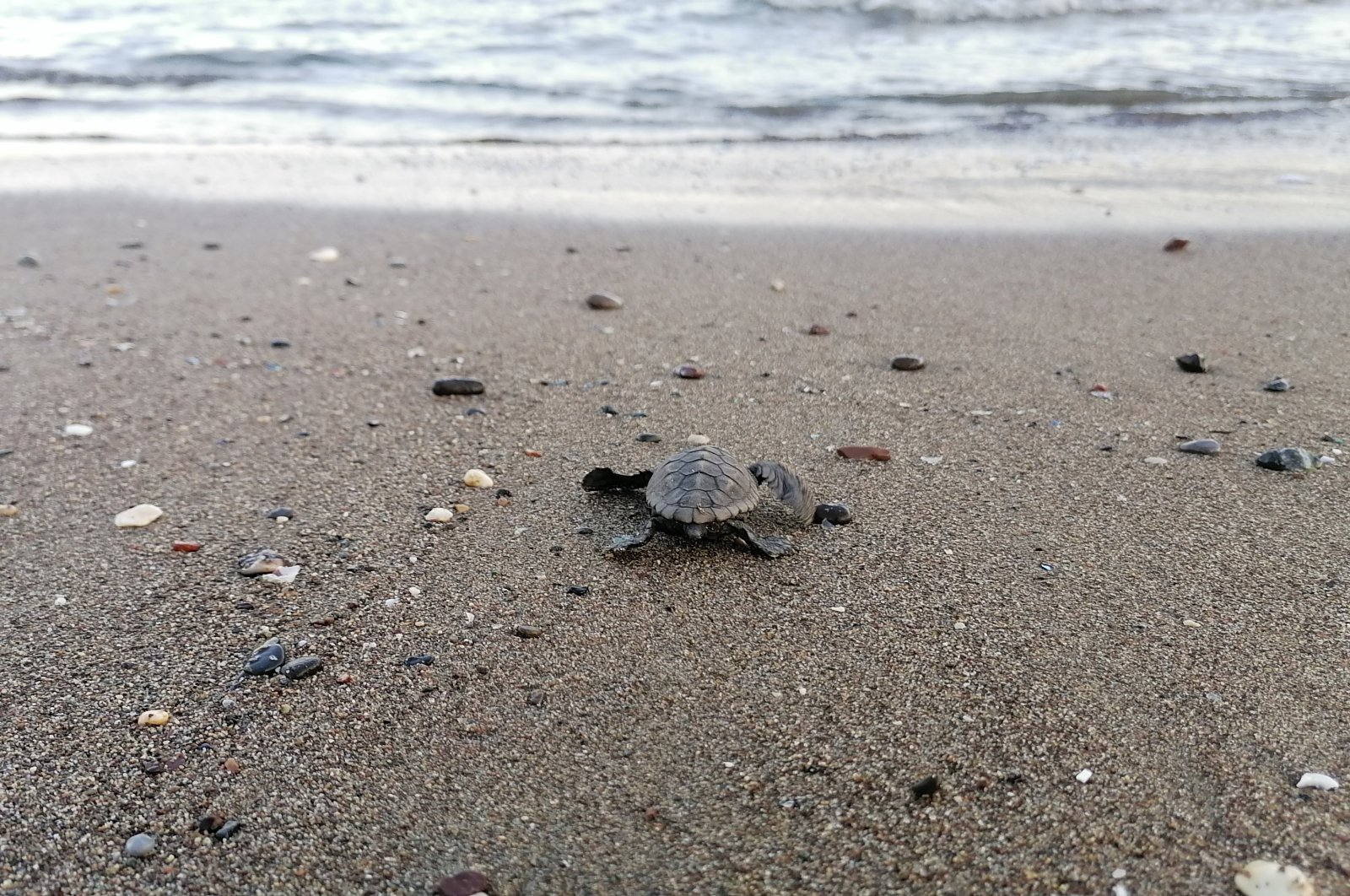 Inching toward the pristine waters of the Mediterranean Sea, baby loggerhead turtles start a new life a few months after their mothers laid their eggs on the beach. On the beaches of the southern province of Mersin – one of the most significant breeding grounds for the species, eggs laid in May by the loggerhead turtles, also known as Caretta caretta, started hatching one by one on Thursday and Friday.

Taking baby steps under the surveillance of marine biologists and admirers, infant turtles crawled toward the sea where they will grow up and return to give birth to their own babies. This year, some 150,000 baby turtles are predicted to reach the sea from the shores of Mersin. The province is home to five separate breeding grounds out of which three are significantly bigger. In Alata, Davultepe and Kazanlı coasts, more than 1,000 nests were spotted.

Mahmut Ergene, an academic from Mersin University’s Sea Turtles Research Center, says spring “arrived late” this year and delayed the arrival of mother turtles to the beaches. “We started seeing newborns leaving nests earlier this month,” he told Ihlas News Agency (IHA) on Friday at Davultepe beach, which is home to 169 nests. “The number of nests will likely increase later this month,” he said. Professor Serap Ergene, director of the center, said Mersin is home to about 25% of breeding grounds for Caretta carettas in Turkey. “We study their nests and monitor the numbers for 20 years. Kazanlı beach has the highest potential for nests,” she said. Ergene pointed out that long years of preservation helped the proliferation of nests though it was “still not sufficient.” “Only one per 1,000 survive. Certainly, there will be thousands at sea, but the danger of extinction is still not over,” she said.

Marine reptiles native to oceans as well as the Mediterranean Sea are endangered due to a number of factors, from untended fishing gear to coastal development and human disturbances. Along with loggerhead turtles, Mersin provides breeding grounds for green sea turtles.

Ergene said along with human factors, turtles face another danger: predators like birds, crabs and fish. Still, it is human beings who disturb them most. “People on the beach can damage the nests by flattening sands or pouring water in areas nests are located,” she pointed out.

There are 21 loggerhead nesting spots in Turkey, in the Aegean province of Muğla and the Mediterranean provinces of Antalya, Mersin, Adana and Hatay. Caretta caretta are the largest hard-shelled sea turtles alive and have an average lifespan of between 30 to 62 years in the wild.