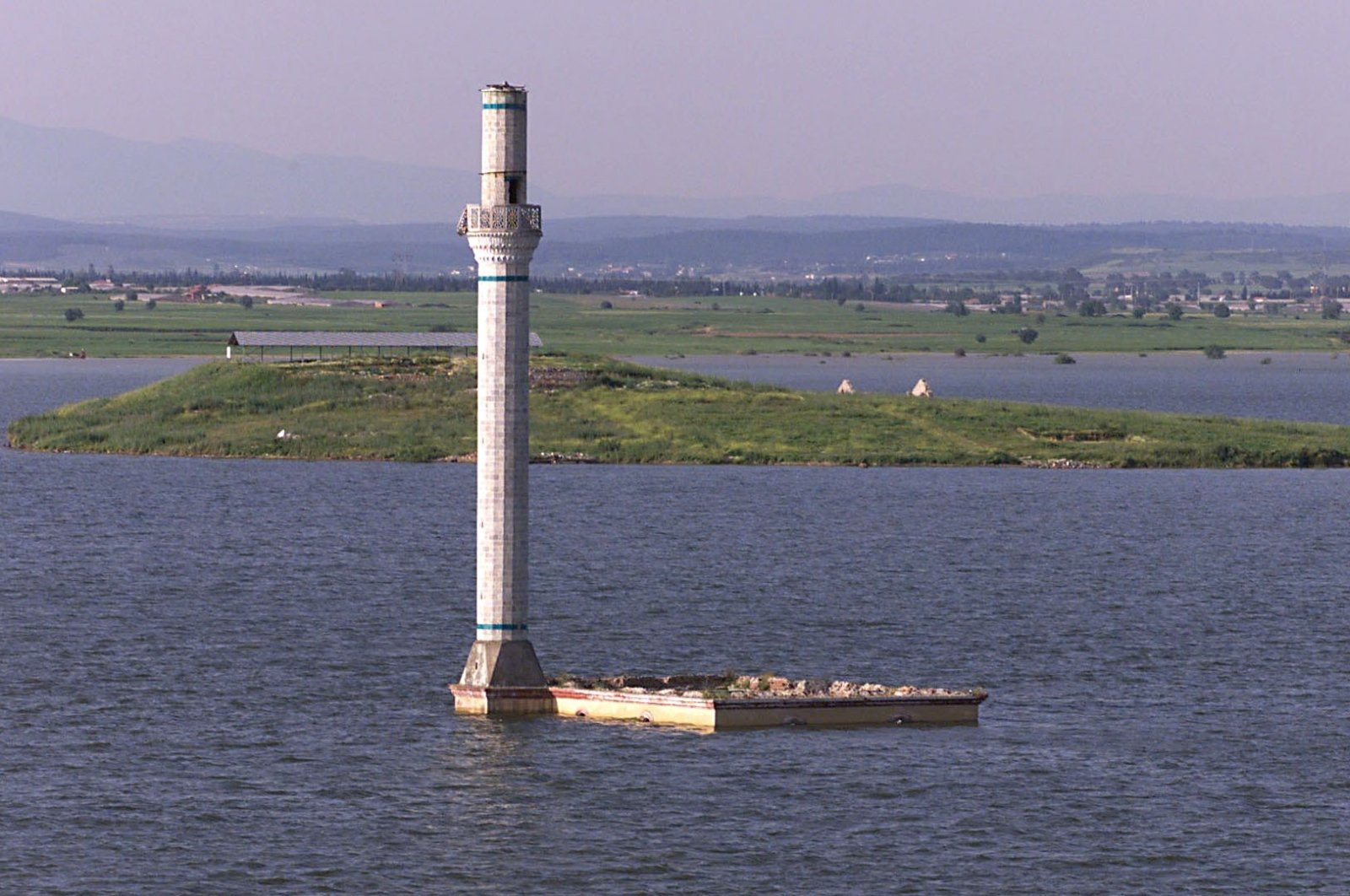 A decline in precipitation linked to global warming has hit Turkey, which is seeing a drop in water levels in dams, from Edirne in the far northwest to Izmir on the west coast

The threat of drought is slowly gripping Turkey, experts warn, as reports roll in of decreasing water levels at dams in several cities.

Water levels in the Maritsa (Meriç) and Tunca (Tundzha) rivers in northwestern Turkey were reduced to critically low levels as the dry season has continued through autumn after sporadic rain last winter and this summer, recent official data has shown.

Rainfall has halved and rivers have dried up in the Black Sea region, which generally sees abundant precipitation year-round. Experts warn failure to preserve forests in the region may worsen the situation.

In Izmir, Turkey's third-largest city, which lies on the Aegean coast, levels in dam reservoirs sounded an alarm about a potential water shortage.

Sand islets now appear in the Maritsa river, which starts in Bulgaria, passes through Edirne province and pours into the Aegean Sea. Tundzha also begins in Turkey's neighboring country and ends as a Maritsa tributary in Edirne.

The province has had only 386 cubic millimeters of rainfall this year, almost half of its yearly average, marking this the driest season in the last 91 years, according to experts. Weather reports suggest there will be no additional rain over the next week in the province.

Officials said a drought in Bulgaria also had an effect on the decrease in the water levels in the Maritsa and Tundzha rivers as the Sofia government increases its water retention in its dams. The province’s ponds and reservoirs have rapidly dried up as farmers worry about the sustainability of the area's agriculture that thrives on wheat and sunflower cultivation. Already suffering from a loss of production, farmers are concerned about the possibility of forgoing new crops since the soil remains hard and impenetrable due to the drought.

Decreasing precipitation in recent months is also threatening drought in the Black Sea region. Water levels fell in dams and lakes, while drinking water supplies also decreased. The amount of rainfall in the region has declined by 50% compared with the same period of the previous year.

The irregularity in precipitation has grown with global climate change in the Black Sea region, according to the meteorology experts, as they also warned that the area may face serious drought in the future with the decrease in forest lands. Mehmet Özalp from Artvin Çoruh University told Demirören News Agency (DHA) that there has been irregular seasonal precipitation in the eastern Black Sea region in recent years.

“Many studies have been carried out on this issue. Recent official reports revealed that the precipitation has decreased compared with not only the previous year but also to long-term averages. The flow rates have declined significantly because of this drop. We can also attribute this to climate change,” he said.

Özalp added that the biggest effect of climate change is the shift in rainfall seasons, which causes an “anomaly” every year. Another academic, Oğuz Kurdoğlu from Karadeniz Technical University (KTÜ), is shocked by the “extraordinary” drought this year.

“We are witnessing heavy rains in particular areas. This is a situation triggered by global climate change ... The precipitation will be much higher per unit time. The amount of rain that normally falls in one week or 10 days, even the amount of rain that would fall in one month, begins to fall just in one or two days. This extreme situation turns out to be a big problem. We had huge floods in Hopa, Çayeli and Rize a few times,” he said.

The lack of water also poses a problem for Izmir, where the water level in the Tahtalı Dam has dropped to 36.04% from 65.29% last year. Drone footage reveals the rare opportunity to see the soil in the dam. Similarly, Kutlu Aktaş Dam is only 13.36% full, while it was at 49.34% in the same period of last year.

Emine Helil Inay Kınay, head of the Izmir branch of the Chamber of Environment Engineers, said instability in precipitation emerges as "amount and quality problems for water" in the province.

"We have a grim outlook. Authorities call upon people to conserve water. Sixty percent of water supplies for households are from groundwater and the rest is from surface waters. Tahtalı Basin constitutes the majority of the surface water, but the change in precipitation is a challenge for water quality in the basin," she warned.

Izmir Metropolitan Municipality Mayor Tunç Soyer warned Sunday during a visit to Tahtalı Dam that a serious threat was at the city's doorstep. In a speech there, Soyer called on people to be more cautious in water consumption.

"Humanity is under threat of global warming which brings about drought. We have to save our water. Although the coronavirus pandemic drove people to use water more for hygiene, hygiene does not mean to use water excessively. You can ensure hygiene with the right amount of water," he said.

His remarks came after a municipality official's warning that the province had only water resources to last 320 days without any precipitation.