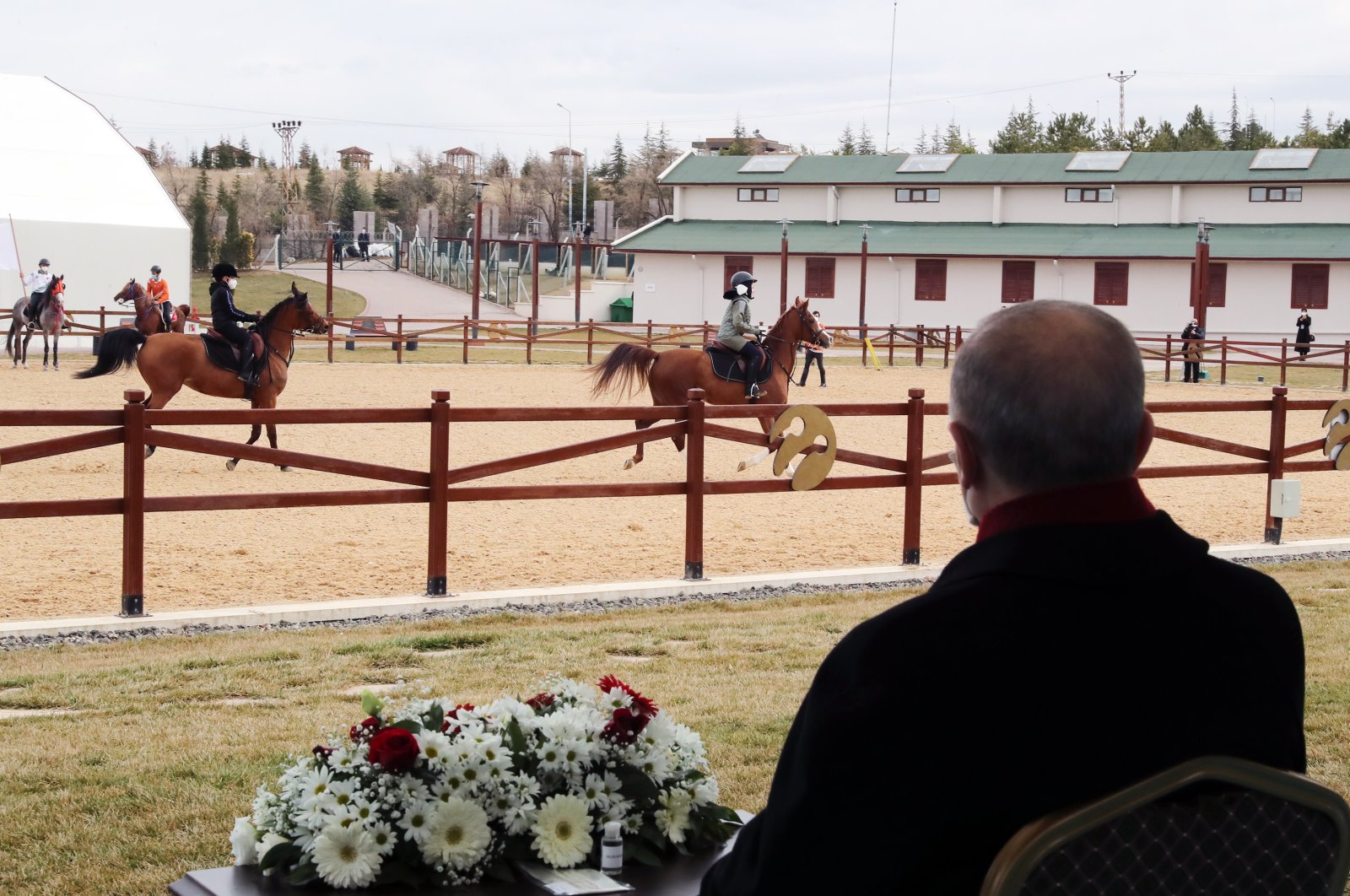 Ancient sports associated with Turks’ rich history have seen a revival in the country in recent years. Interest is rising in the sports, which traces its history to the early nomadic lifestyle of Turkic nations, from horseback sports to archery. Turkey now strives to endear younger generations to the favorite pastimes of their ancestors who also used those sports to improve the skills of soldiers. A facility in the capital Ankara, formally inaugurated by President Recep Tayyip Erdoğan on Tuesday, is among venues where traditional sports are introduced to the youth.

The facility in the Çankaya district trains hopefuls both on traditional and modern archery as well as horse riding. Its venues allow training of up to 48 students on horse riding and 150 others on archery. The coronavirus pandemic scaled back its activities, but it continues serving 110 students.

“We are glad to see a revival of our traditional sports. It is our duty to inherit the legacy of important symbols of our history and civilization,” Erdoğan said at the inauguration ceremony. Erdoğan noted that the Turkish nation has been “a nation of soldiers” throughout its history, and horse and archery have been most closely associated with the nation. “Our ancestors were tremendously successful in archery, and I am proud to hail from Okmeydanı (literally Arrow Square, an Istanbul neighborhood which was home to training facilities for Ottoman archers),” the president said at the ceremony.

The president said traditional sports were not just sports for those involved, and everyone, from archers to wrestlers, was esteemed people in their private lives for their high moral standards and bravery. “We look to revive our ancestors’ sports but also to convey those values to new generations,” Erdoğan said. “We cannot be confident of a better future without raising faithful, virtuous youth knowing their history and civilization,” he said.