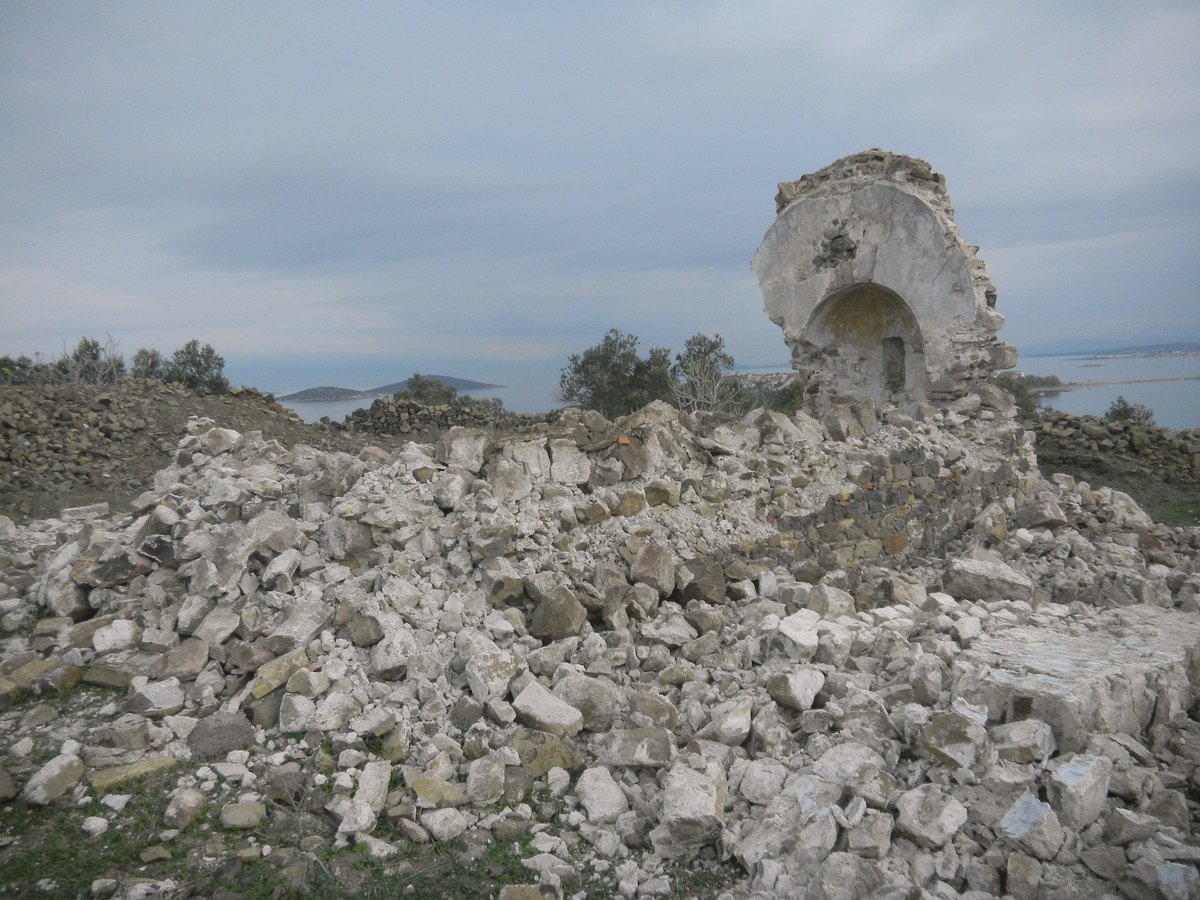 A 250-year-old chapel inside an ancient monastery fell victim to constant excavation by illegal treasure hunters, causing its collapse, in the Ayvalık district of the western province of Balıkesir. The chapel was located in an area that was one of the earliest inhabited places on scenic Cunda Island off the Ayvalık coast.

Assistant professor Figen Erdoğdu from the Department of Restoration at Balıkesir University lamented the rise in illegal excavations in the region. Ayvalık, a popular resort town on the coast of the Aegean Sea, traces its history back to prehistoric ages and is located near the fabled city of Troy as well as ancient settlements like Assos and Pergamon.

Cunda Island was an important settlement in ancient times. It changed hands between the Byzantine Empire and the Ottoman Empire. “Ancient structures here are invaluable artifacts themselves, but people search for hidden treasures supposedly buried here and in the process, they destroy them,” Gündoğdu told Demirören News Agency (DHA) on Sunday.

The chapel was the only surviving part of the Ai Dimitri monastery, a large building built in the 18th century. The monastery itself has fallen victim to dilapidation. Gündoğdu said she first saw large pits opened by treasure hunters inside the chapel in 2018, and in two years, the place was completely destroyed. “People do not appreciate the value of these places and I wonder what future generations will be left with (for learning history). I call upon authorities to take measures to protect these places,” she said.

Local historian Taylan Köken said the monastery was the first of its kind to be built on the island in 1766 but was damaged after an 1821 Greek uprising. “Most monasteries were in a decrepit state, and the chapel was the only surviving part of the complex. It was still standing strong eight years ago but treasure hunters started digging in and around the chapel and in time, it collapsed,” he said.

Köken said treasure hunters indiscriminately dig anywhere their metal detectors find something they think is of value. “These places far from populated areas unfortunately fall victim to these raids. The roof collapsed first and then the walls collapsed. People think it might have something to do with heavy rains in the area but the illegal excavations sped up the collapse,” he said.