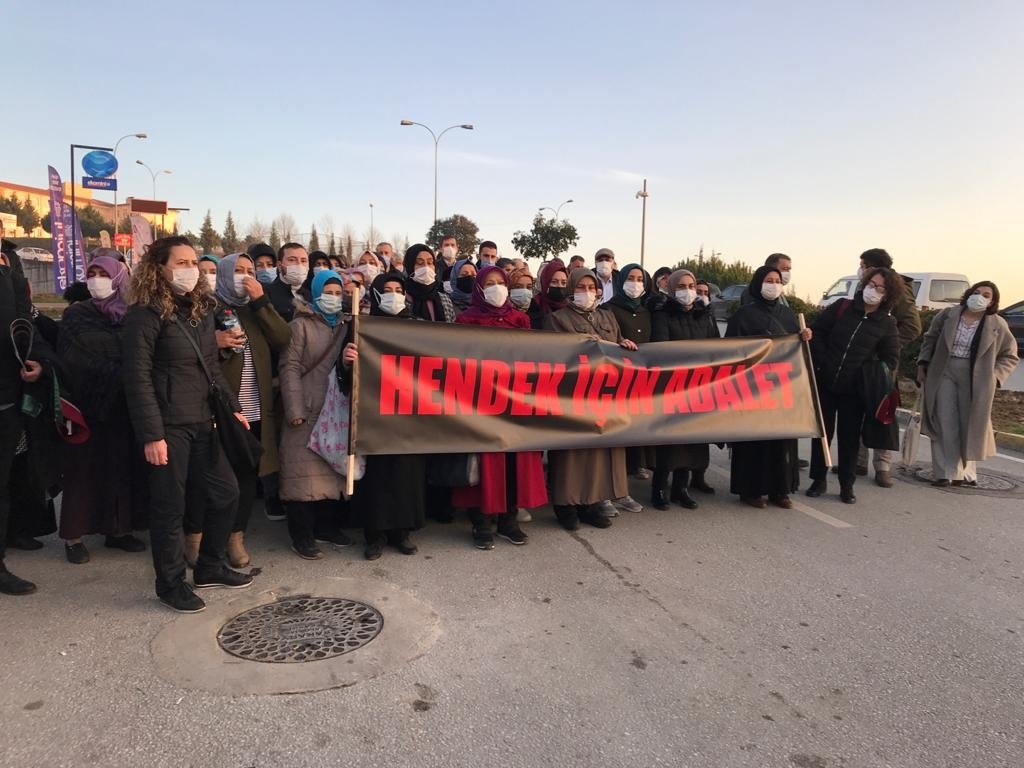 Owners and executives of a fireworks factory appeared before a court in the northwestern province of Sakarya on Wednesday over last year’s deadly blast that killed seven people and injured 127 others.

The defendants face prison terms up to 22 years for causing deaths by deliberate negligence for the disaster in Sakarya on July 3, 2020. Five people were arrested and two others were released pending trial for the incident which survivors blame on the lack of safety measures.

The blast in the Hendek district razed the factory to the ground and it took days to clear the highly explosive material that scattered across a large area after the explosion. Three soldiers were killed about a week after the explosion as they were transporting explosives salvaged from the scene to a remote area for controlled demolition.

Families of victims and survivors flocked to the courthouse in Sakarya for the first hearing. The high turnout forced the court to adjourn the hearing to March 15 and relocate the trial to a bigger courtroom to accommodate more people. The defendants, who attended the hearing via videolink from the prison where they are being held, denied the charges, while a lawyer for one of the owners claimed the possibility of “sabotage.”

The incident had led to better scrutiny of fireworks factories while some municipalities had banned the use of fireworks for celebrations.

Speaking outside the courthouse, Ömrüye Çakıcı, a factory worker who survived the blast, recounted the moments of the disaster and claimed that the negligence of executives played a role in the explosion.

“I fell three times while running from explosions. Walls started to fall on people. I am mentally devastated,” she told Demirören News Agency (DHA). Çakıcı said she and other workers repeatedly warned executive staff and owners of the volatility of the products but they were ignored. “We were working over capacity, manufacturing more than 60 boxes of fireworks from one assembly line good enough only for 25 boxes,” she said.

Nigar Ateş, a cook at the plant whose husband, also an employee, died in the blast, said other employees at the plant frequently talked about a possible explosion before the disaster. “Fireworks were exposed to heat and they were emitting a strong odor. I know a worker warned the staff about an imminent blast. She was so scared she did not show up after warning others,” she said.

The indictment against the defendants says that they set up a gunpowder production unit inside the plant despite not having a license. Some workers had claimed that the unit was closed down during routine inspections but reopened later. The indictment also accuses defendants of storing dangerous production materials together and going above the limit set by regulations, claiming that this aggravated the impact of the explosion.

The prosecutors also say owners pressured workers to churn out more products and ignore basic safety measures that should have been in place in a risky environment.