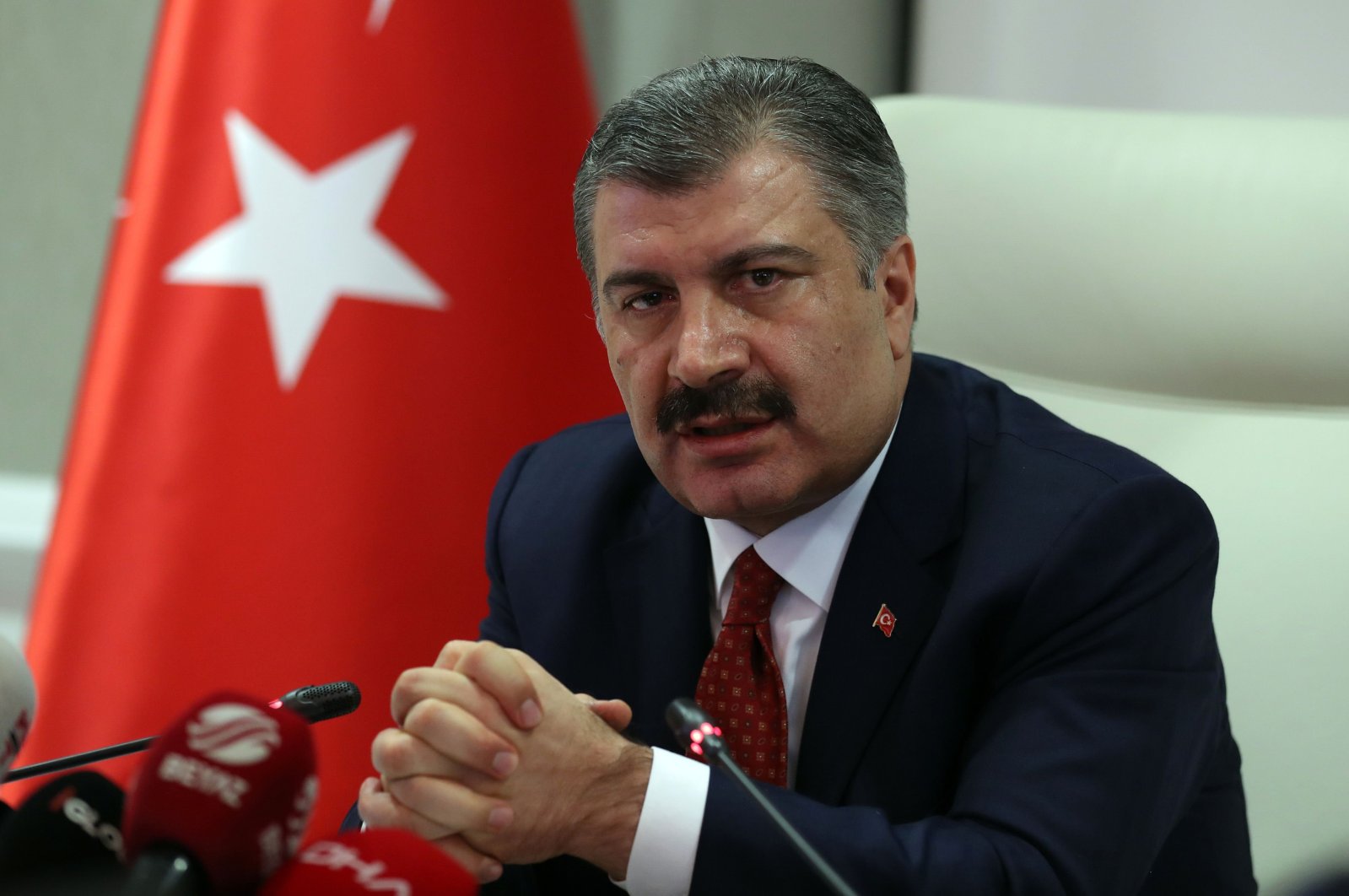 His swollen eyes a testament of sleepless nights, Health Minister Fahrettin Koca is one of the most common figures on TV these days. His press conferences glue millions of Turks to their screens as the country grapples with the coronavirus pandemic. A new survey published on Tuesday shows people's trust increasing in both the minister and in the ministry, as the country strives to navigate its way out of the deadly outbreak.

The survey, done by two research companies commissioned by the newspaper Dünya, shows trust in Koca and his Health Ministry increased 13% since last week and both remain the most trusted sources for coronavirus news amid an atmosphere of disinformation on social media. Of the 406 people interviewed between March 19 and March 21 for the survey, 51% see them as trustworthy, 80% find Koca successful and another 56% view measures taken by the government against the outbreak as sufficient.

Koca's role in the crisis began even before the virus reached Turkey, as he consistently provided news and debunked rumors, as he worked to ensure that the state took every measure possible to delay the coronavirus' inevitable arrival. Finally, on March 11, just after midnight, Koca announced the country's first case of COVID-19. His speech was informative, providing basic information on the individual case while reassuring people that the coronavirus was not yet an epidemic for Turkey and that everything was under control. At the time, he also announced additional precautions the country would take, such as placing those arriving from Europe under a 14-day quarantine. The minister continues to update the public through regular appearances on television, the medium most Turks use to receive their news.

A veteran doctor before taking up the post of minister, Koca announced Turkey's first fatality in an emotionally charged speech last week. “I have lost my first patient,” he told reporters.

Koca heads the Coronavirus Science Board, a Health Ministry task force dedicated to the fight against the outbreak. The board, comprised of experts on infectious diseases, regularly holds meetings and advises the government on measures to tackle the outbreak. Turkish media reports that Koca sleeps only four hours a night and that he devotes almost all his time to the outbreak. In addition to his press conferences, Koca is active on Twitter, occasionally using the platform to release breaking news and sharing information about further preventative measures.

The survey also looked into the state of mind of Turks after the coronavirus arrived in the country. The percentage of people with knowledge of the COVID-19 increased to 79%, compared to earlier weeks. Because of this extra awareness, people are apparently more worried, the survey shows, as the level of alarm over coronavirus cases increased as well. Still, an interesting finding of the survey shows people are more concerned about losing their jobs than losing their life, as the outbreak shakes the economy and forces the temporary closure of many businesses.