Turkey aims for July in relief from COVID-19 pandemic 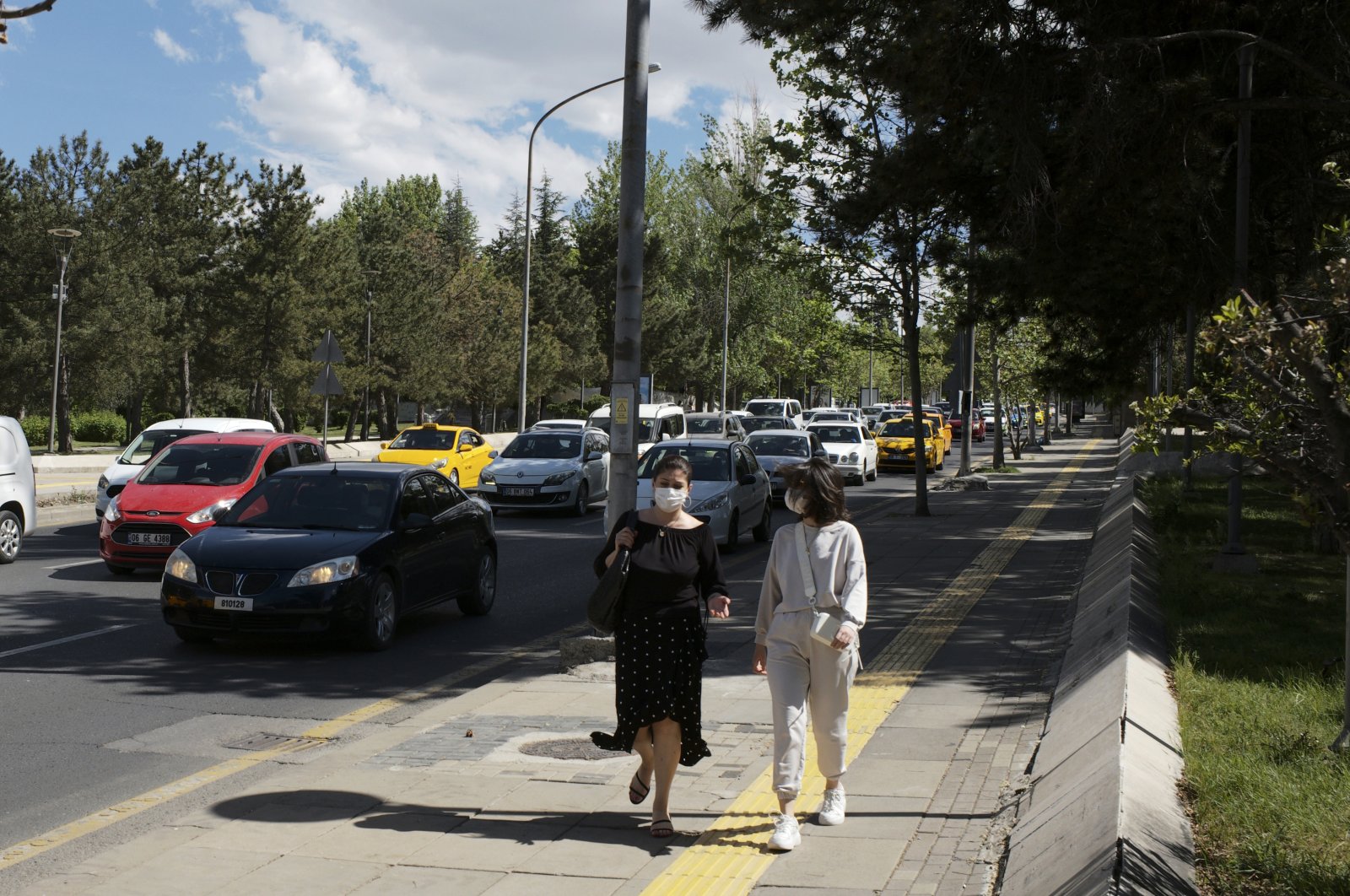 With planned incentives to encourage vaccination and adhering to decreasing case trends in the coronavirus pandemic, Turkey hopes to reach the normalization target in July

Tightened restrictions followed by a 17-day lockdown that ended earlier in May helped Turkey to bring the third wave in coronavirus pandemic under control. The progress is evident in falling rates of positive tests and the lowest numbers of severely ill patients in six months. Authorities expect this trend to continue, with adhering to ongoing measures and a boost to the vaccination campaign, which is set to be endorsed with incentives. Eventually, the country aims to be largely relieved of the impact of the pandemic in July, one month after the anticipated start of a gradual normalization process.

In the coming days, the vaccination campaign will receive a new push with a new goal: 1 million jabs daily. Along with vaccine skepticism, hurdles in importing vaccines slow down the inoculation drive, but the country has still managed to administer more than 28 million doses since January 2021, so far. Mass immunity will be key to achieve the July goal, while the pandemic is expected to be further fade in September, according to authorities.

The lockdown that ended on May 17 and upgraded nighttime and weekend curfews to all-day restrictions and imposed an intercity travel ban, apparently paid off as daily “positive” tests decreased to 4%. This figure was 5% in January, two months before the country launched a gradual normalization drive. The normalization was quickly scrapped when the cases climbed up again in a few weeks.

The restrictions also helped to cut the number of severely ill patients in half. The number of “active” patients, in the meantime, fell to around 120,000 and the coronavirus R number, which refers to the rate of one person’s ability to spread the virus to others, dropped to 0.9.

Curfews are still in place in the country during weekdays, although they start later, at 9 p.m., than before, while a 56-hour lockdown during the weekends still prevails after the full lockdown. The country relies on them to ensure a safer summer, ahead of autumn, a period where the cases tend to increase, as was the case last year. Indeed, a sudden surge in the cases last autumn challenged authorities to adopt new, tighter measures, from curfews to the shutdown of schools. Next autumn is expected to be critical as well, and authorities plan to decrease the number of cases as much as possible in preparation for a new wave. On the other hand, restrictions are exhausting the public, embattled with the pandemic since March 2020. The occasional lifting of restrictions based on trends provides relief. However, mandatory masks, social distancing and hygiene rules are still strictly enforced.

The vaccination drive is vital to the ongoing process to contain the epidemic, and the mobilization will be renewed with the arrival of some 14.5 million doses of the Pfizer-BioNTech vaccine this week. In June, a shipment of 30 million doses is expected to arrive. Turkey currently uses CoronaVac, by China’s Sinovac and the Pfizer-BioNTech vaccine, while it also plans to import Sputnik V vaccines from Russia soon. The development of locally made vaccines is still underway.

BioNTech co-founder Uğur Şahin has told a meeting with Health Minister Fahrettin Koca last week that the country would receive 120 million doses of vaccines by the end of September. Koca later said that 30 million doses will arrive in June and 6.1 million doses have also been received. Koca also noted that the ministry expects the Turkish population to have developed public immunity against the virus before September with the help of the incoming doses. The minister has also stated that Sinovac had granted Turkey authorization to produce the vaccine but that production would not start for a few months. The health minister noted that 10 million CoronaVac vaccines are expected to be delivered to Turkey soon.

Koca has stressed that Turkey had the potential to vaccinate more than 1.5 million people per day. Turkey will continue vaccinating people gradually, going down to age 20 in June if there is no problem with vaccine supplies, he added.

The Pfizer-BioNTech vaccine provides up to 80% protection within two weeks of the first jab, and Turkey relies on the fact that the first doses for 30 million people bring the total mass immunity to up to 56%. The country still needs to achieve an immunity rate of 70% to better fight the pandemic, but the immunity results are promising for senior citizens, who are in the highest risk group. Immunity among them reached 85% so far. Yet, concerns linger for younger population. Studies show interest in vaccination decline in proportion with age. The government plans to encourage vaccination among younger citizens with campaigns and highlighting affirmative action. Among the incentive plans are lifting restrictions for vaccinated citizens to attend concerts, going to cinema and similar events, as well as relieving tough mandatory mask rules in some venues.