Turkey aims for under 10-minute response time to forest fires 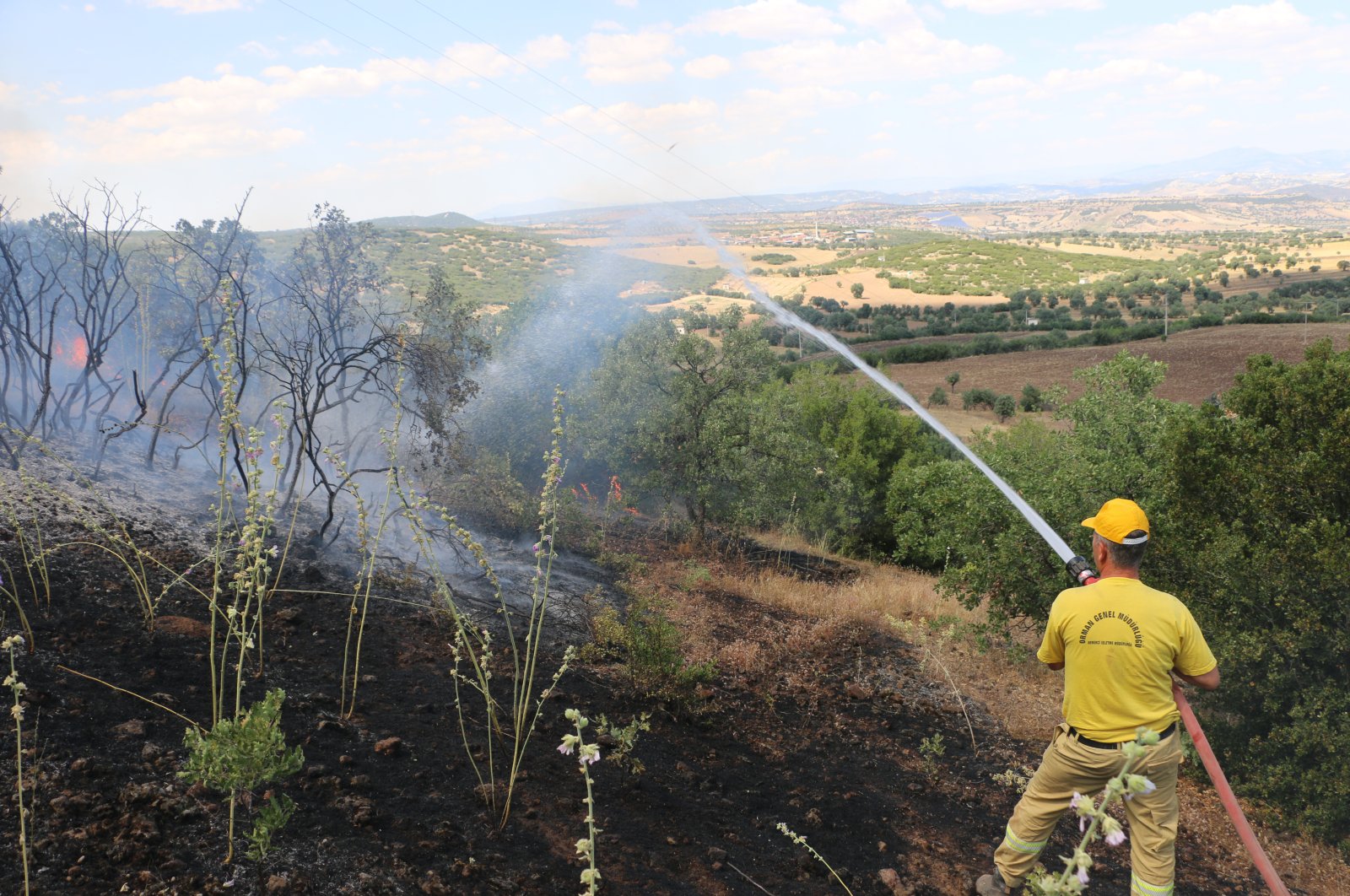 Thanks to technological and strategic upgrades and an increase in the Ministry of Agriculture and Forestry's fleet of fire extinguishing vehicles, Turkey is now aiming to set its response time to forest fires to 10 minutes or less.

The first response time to forest fires in Turkey has been decreasing during the last five years.

With the investments made, the number of fire trucks increased to 1,072, water tankers to 281, first response vehicles to 586, bulldozers to 185 and other vehicles and construction equipment to 473. The total number of vehicles has since reached 2,597, while the number of personnel has reached 18,554.

In addition to six administrative helicopters, 27 firefighting helicopters, two 10-ton amphibious aircraft and a number of thermal drone cameras and unmanned aerial vehicles (UAVs) were added to the fleet.

Sharing live images taken from the field, UAVs have enabled more efficient and faster intervention in the flames.

The ministry's Rehabilitation of Burned Areas and Establishment of Fire Resistant Forests (YARDOP) projects have been widely implemented across fire-prone areas in Turkey since 2008 with the rehabilitation of thousands of hectares of fire-hit areas. In line with the project, in 2015-2019 reforestation was conducted across an area of 194,143 hectares.

Some 3,218 hectares of forests were damaged in 2,150 fires across the course of 2015. Within the scope of YARDOP, rehabilitation work was carried out on 41,162 hectares. In the same year, afforestation was conducted on an area of 36,356 hectares.

Within the scope of the YARDOP projects, since 2019, the Meteorological Early Warning System took effect allowing for a three-day risk estimation based on temperature, wind, humidity and precipitation, which can be recalibrated on an hourly basis.

In addition, monthly fire risk prediction maps have been created using long-term fire statistics and average temperature anomalies in light of climate change. In the same year, afforestation was carried out across an area of 17,871 hectares.