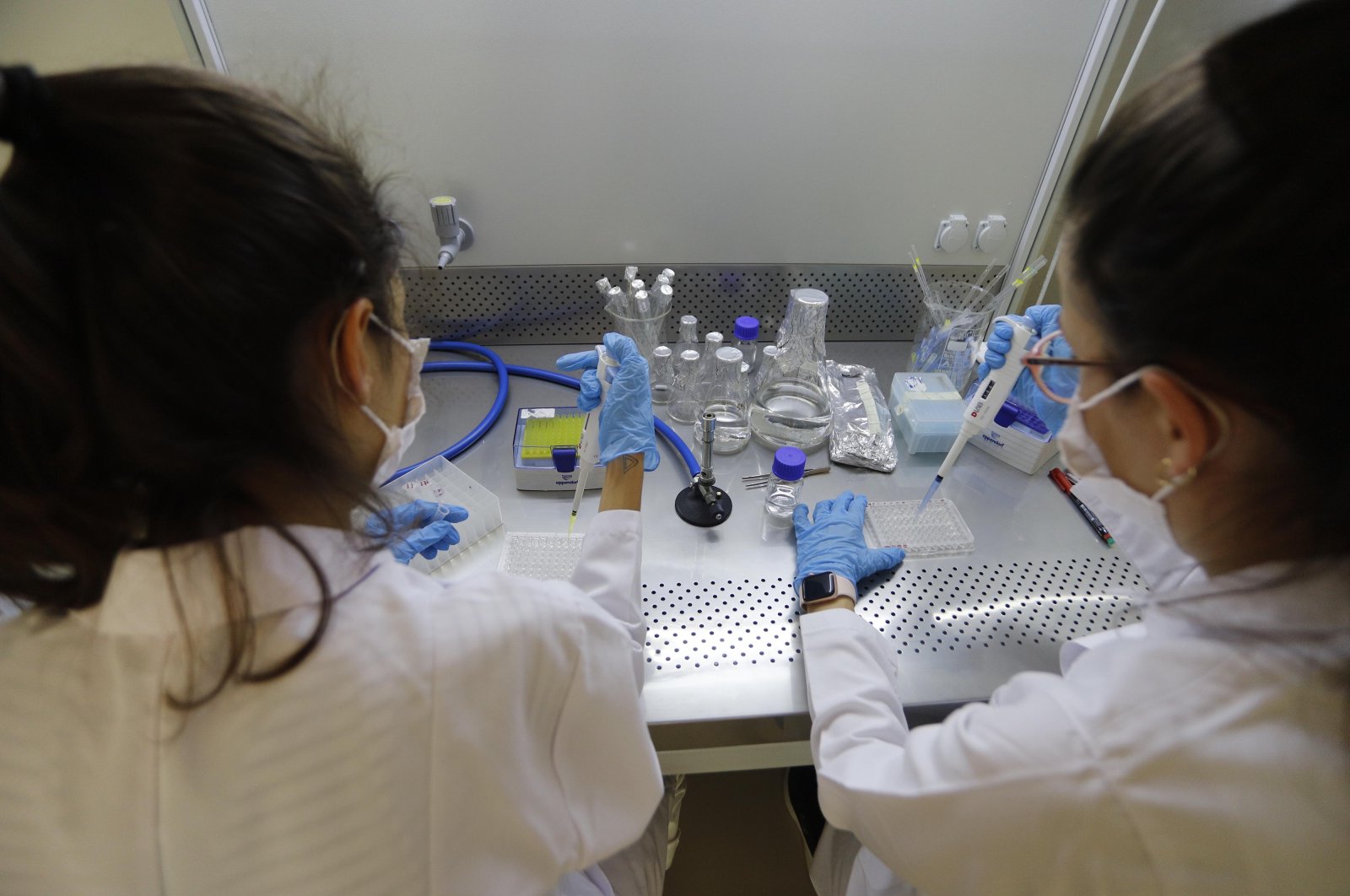 Clinical trials will soon start for the three coronavirus vaccines developed in Turkey, Industry and Technology Minister Mustafa Varank said Sunday as the country aims for launch early next year

During a visit to a pharmaceuticals company working on vaccine development in the southeastern province of Adıyaman, Industry and Technology Minister Mustafa Varank said the clinical processes were underway for three vaccines. "Once the certification process is completed, they will start producing vaccines for human trials."

Turkey has set up the COVID-19 Turkey Platform under the supervision of the Scientific and Technological Research Council (TÜBİTAK) in a race against time as the pandemic took its toll on the country.

Varank said Turkish scientists have exerted great efforts and are determined in their work on vaccines and drugs. So far, two vaccine projects have completed the animal trial phase, he said.

The minister added Vetal, the company he visited in Adıyaman, has reached the final stage of animal trials under the supervision of a scientist from Selçuk University in the central province of Konya. "They will then apply to the Health Ministry for approval. Thus, we are now in the clinical trial phase for three vaccines. Along with development, serial production is important. Vetal is among the companies able to mass-produce the vaccine," Varank said.

The Health Ministry is now evaluating the vaccines that went through animal trials for the next stage. "We believe we will reach the Phase 1 trial soon," Varank says.

Earlier this month, Turkey began final Phase 3 trials of an experimental Chinese coronavirus vaccine. The vaccine will be administered to between 1,200-1,300 health workers over 10 days, with a second dose given 14 days after the first. Health Minister Fahrettin Koca announced last month that Turkey was also evaluating an application from Russia for Phase 3 trials for its own experimental vaccine.

Turkish authorities recently announced that a vaccine could be available in early 2021. Some 18 studies are underway in the country, eight for vaccine development and 10 for drugs.

According to daily data released by the ministry, the new infections were identified in more than 102,000 COVID-19 tests, bringing the total number of cases in the country to 312,966.

The death toll from coronavirus increased to 7,929 with new fatalities. Meanwhile, the total number of people who have recovered from COVID-19 increased to 274,514, with 1,232 patients declared free of the coronavirus in the past day.

Turkey has been seeing a resurgence in coronavirus infections for the past few weeks, with daily infection rates slowly but steadily climbing. In an effort to prevent a further increase in infection rates, the Interior Ministry last week made wearing masks outside mandatory across all provinces.

People skipping self-isolation also prompted concerns. Authorities recently ordered mandatory stay for those violating self-isolation at home. They are now being accommodated at empty dormitories and ordered to pay all their expenses. As of Saturday, 2,157 people were in isolation in dormitories across the country. Some 689 of them are those violating quarantine rules at home. Others are people who either live in a temporary residence or do not have one.

Amid the normalization process that started early in the summer, broadcasters resumed their operations for TV shows interrupted due to the pandemic. TV series started shooting new seasons while live broadcasts in studios returned as well. Yet, it also prompted public concerns on how much television stations adhere to rules against the pandemic. The country’s top media watchdog Radio and Television Supreme Council (RTÜK) faced a barrage of messages from citizens, claiming actors in series, participants of game and chat shows fail to comply with mask and social distancing rules. RTÜK now asks the broadcasters to demonstrate a message before each program that says "this show is broadcast/shot with compliance with COVID-19 measures."

The Turkish TV sector had relaunched operations under a set of guidelines for measures for everyone, from film crews to TV commentators. Masks are nowhere to be seen in live broadcasts or TV series, but stations say social distancing measures are in place, and participants in live shows are checked for their body temperature. Similar measures are in place in sets of series which is a harder task given the scale of productions involving dozens of crew members and actors to be in the same location with limited space for a long period.