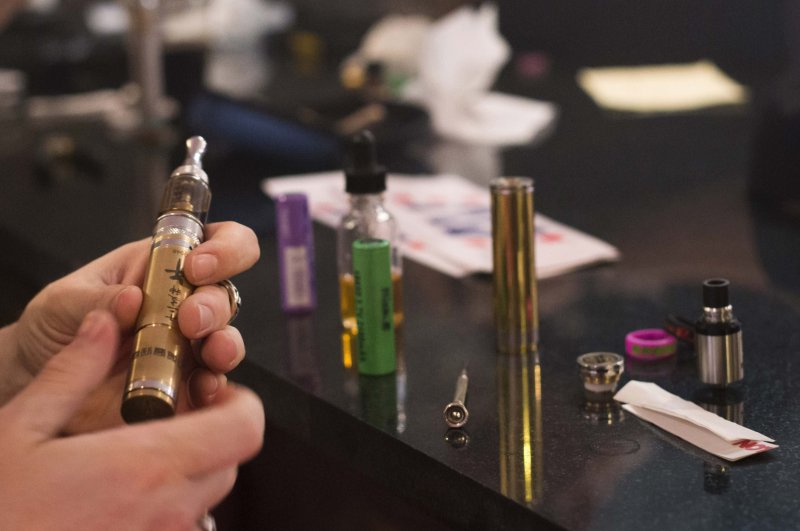 As the popularity of electronic cigarettes and vaping devices (EVC) skyrockets, the debate over its safety has also grown. Amid the rising concerns, Turkey on Tuesday banned the import of e-cigarettes.

In doing so, Turkey has become one of the first countries to ban the new smoking phenomenon while the international community continues to debate regulations. The ban also includes different products used in e-cigarettes, including spare parts and smoking liquids, as well as electronic hookahs. The prohibition, published in the Official Gazette, will be enforced by the Trade Ministry.

While vaping is not illegal in Turkey, purchasing or distributing e-cigarettes is. However, many people procure e-cigarettes and e-liquids through online distributors or bring them from other countries. Like elsewhere in the world, e-cigarettes gained popularity in Turkey as smokers took up the new habit, hoping it would help them quit smoking and stop the impact of secondhand smoking. Yet, experts warn that they are as harmful as cigarettes. In the U.S., the e-cigarette industry has faced scrutiny from federal and local governments over youth vaping and vaping-related deaths across the country.

Turkey's decision to ban imports of e-cigarettes is the latest step in a massive government campaign that started in 2009 to reduce the number of smokers in the country, once the subject of a notorious expression “smoking like a Turk.”

Smoking rates are on a decline across Turkey, yet the deadly addiction still takes a heavy toll. The country spends a whopping $25 billion annually on smoking, either in terms of the tobacco itself or to treat the diseases it causes.

President Recep Tayyip Erdoğan imposed the first comprehensive smoking ban in Turkey in 2009. A staunch teetotaler, the president is known both for his repeated warnings to anyone smoking in his close circle, as well as a series of steps to curb nationwide smoking.

Last year, Erdoğan had lashed out at electronic cigarettes. He said cigarette was harmful "whether it is electronic or not" and did not give a cigarette company permit to open an e-cigarette plant in Turkey. "They get rich by poisoning our people, we will not allow that," Erdoğan told an event in Istanbul last October.

The authorities have also stepped up inspections against violations of the smoking ban in recent years. Some 1,500 teams inspect businesses and public buildings around the country on a daily basis to check for violations of the ban.

The Health Ministry also set up a hotline for citizens to report violations, while an app called Green Detector allows users to immediately notify authorities or persons and venues failing to uphold the measures. Since 2009, these teams have carried out more than 22.8 million inspections.

The Health Ministry also offers advice to those trying to quit, through a hotline set up in 2010. The hotline receives about 5,000 calls every day from smokers. A ministry website offers tips on how to quit smoking and allows users to calculate how much money they can save by not buying cigarettes.

Figures suggest that since the smoking ban has come into force, the prevalence of smokers has decreased, though not as much as expected. Increased taxes on cigarettes and free medical treatment for smokers seeking to quit have also aided the decline in smoking. Still, diseases related to smoking claimed the lives of more than 65,000 people last year, according to Tobacco Atlas, a civic society initiative researching the tobacco epidemic.