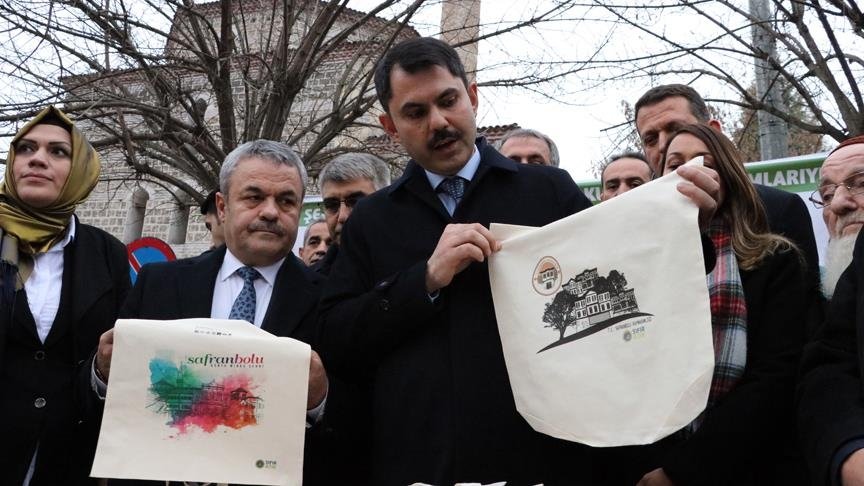 Charging customers for plastic bags, a practice introduced two years ago, has paid off. Minister of Environment and Urban Planning Murat Kurum says that the initiative helped decrease plastic bag use up to 80% in Turkey and that the government has accumulated over TL 23 million ($3.16 million) from its share of the "recycling rate" fee.

“We achieved important gains, but most significant among them, is a change in people’s habits. The number of plastic bags used yearly decreased to 2.5 billion from 30 billion two years ago,” he said in an interview, pledging that the practice would remain in force.

Supermarkets and other businesses started charging customers TL 0.25 on Jan. 1, 2019, under new government regulation to complement the ambitious Zero Waste project. The Ministry of Treasury and Finance received TL 0.15 from each bag and this number has now been raised to TL 0.19. Last year, the ministry collected more than TL 1 million from 23 million bags sold to customers.

“We see a decreasing demand for plastic bags, especially in supermarket chains. In parallel with this, the production rate for polyethylene packaging (plastic bags) dropped to 900 million kilos from 1.4 billion kilos last year,” Kurum says.

After the success of the regulation, the government last year introduced the next step in its recycling and savings plan. Tires, batteries, vegetable oils, electric appliances and medicine can now be recycled for free.

In 2019, the average person used 440 plastic bags annually. An estimated 5 trillion plastic bags are used worldwide every year, contributing to maritime pollution as some 8 million tons of plastic, including bags, are dumped into the ocean every year, killing marine life and entering the human food chain, according to a United Nations report on the issue.

Though low, the price of plastic bags has led consumers to look for other ways to carry their purchased goods, and some municipalities distribute free canvas bags to shoppers.