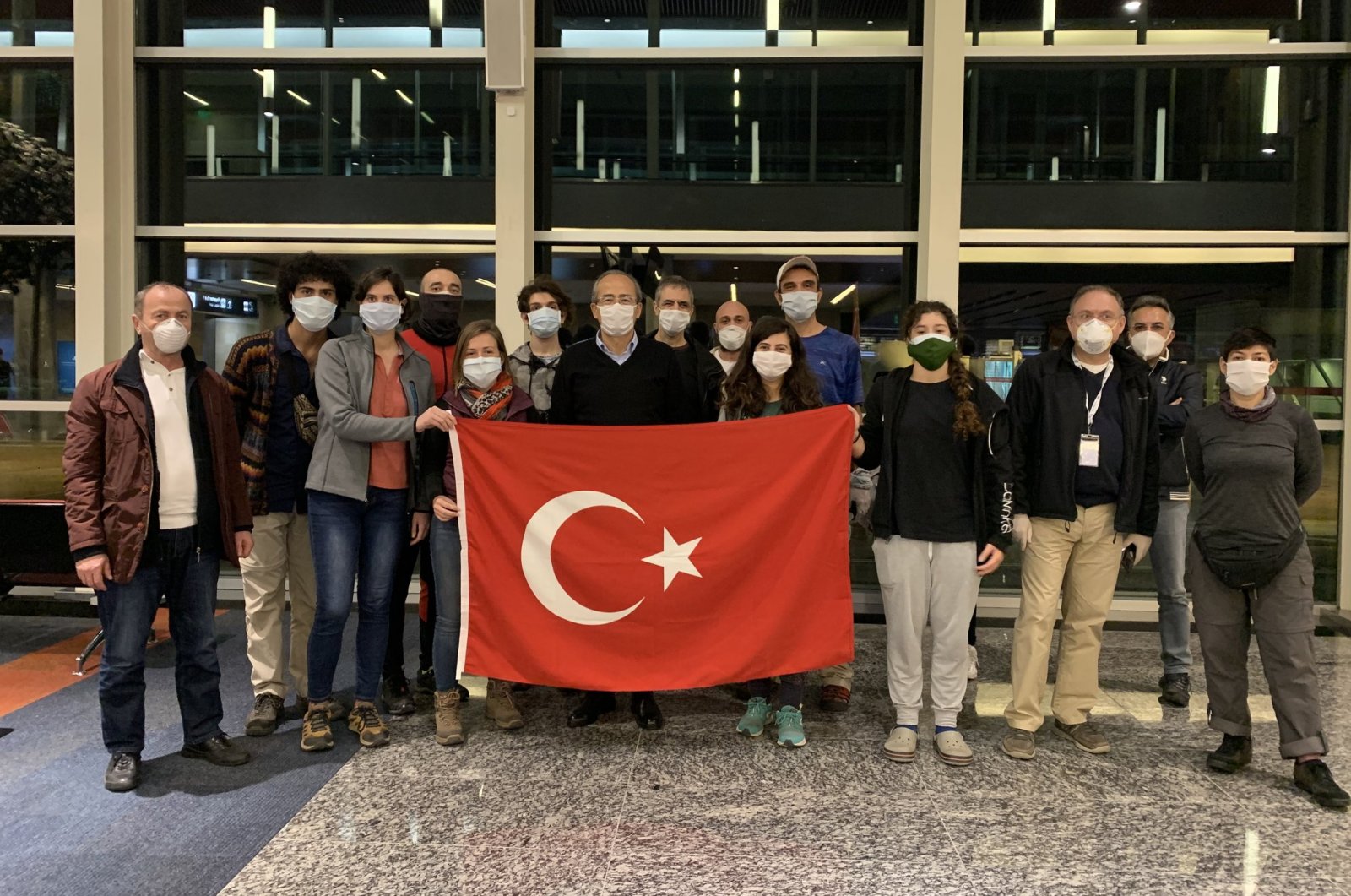 Evacuated Turkish nationals pose with a Turkish flag at an airport in Buenos Aires, Argentina, May 6, 2020. (AA Photo)
by DAILY SABAH WITH AA May 07, 2020 4:26 pm
RECOMMENDED

Turkey on Thursday brought back nine Ukrainian citizens from Argentina along with Turkish expatriates as part of its relief operations during the coronavirus pandemic.

The Ukrainian ambassador to Turkey said six other countries had rejected their request to repatriate the citizens.

"We are grateful to Turkey for bringing Ukrainians along with Turkish citizens via a specially arranged Turkish Airlines flight," Andrii Sybiha told Anadolu Agency.

The ambassador gave assurances that the Ukrainian citizens will follow the mandatory quarantine rules and will then be sent back to Ukraine via Minsk.

Sybiha said 3,000 Ukrainians had been sent back home with the support of Turkey thus far, adding that the cooperation between Kiev and Ankara should continue.

The ambassador said they were also in contact with Turkish authorities for surgeries at Turkish hospitals for Ukrainian patients.

The Turkish government has also repatriated around 60,000 of its nationals from various countries since the start of the outbreak.

Initially starting with countries where the outbreak was raging, Turkey imposed a 14-day quarantine period for everyone coming from abroad starting in early March, placing arrived passengers in student dormitories administered by the General Directorate of Higher Education Student Loans and Dormitories (KYK). As Ramadan, which culminates in a Muslim holiday later this month, began in April, Turkey mobilized to bring back more people from abroad, arranging exclusive flights from countries with limited air travel.