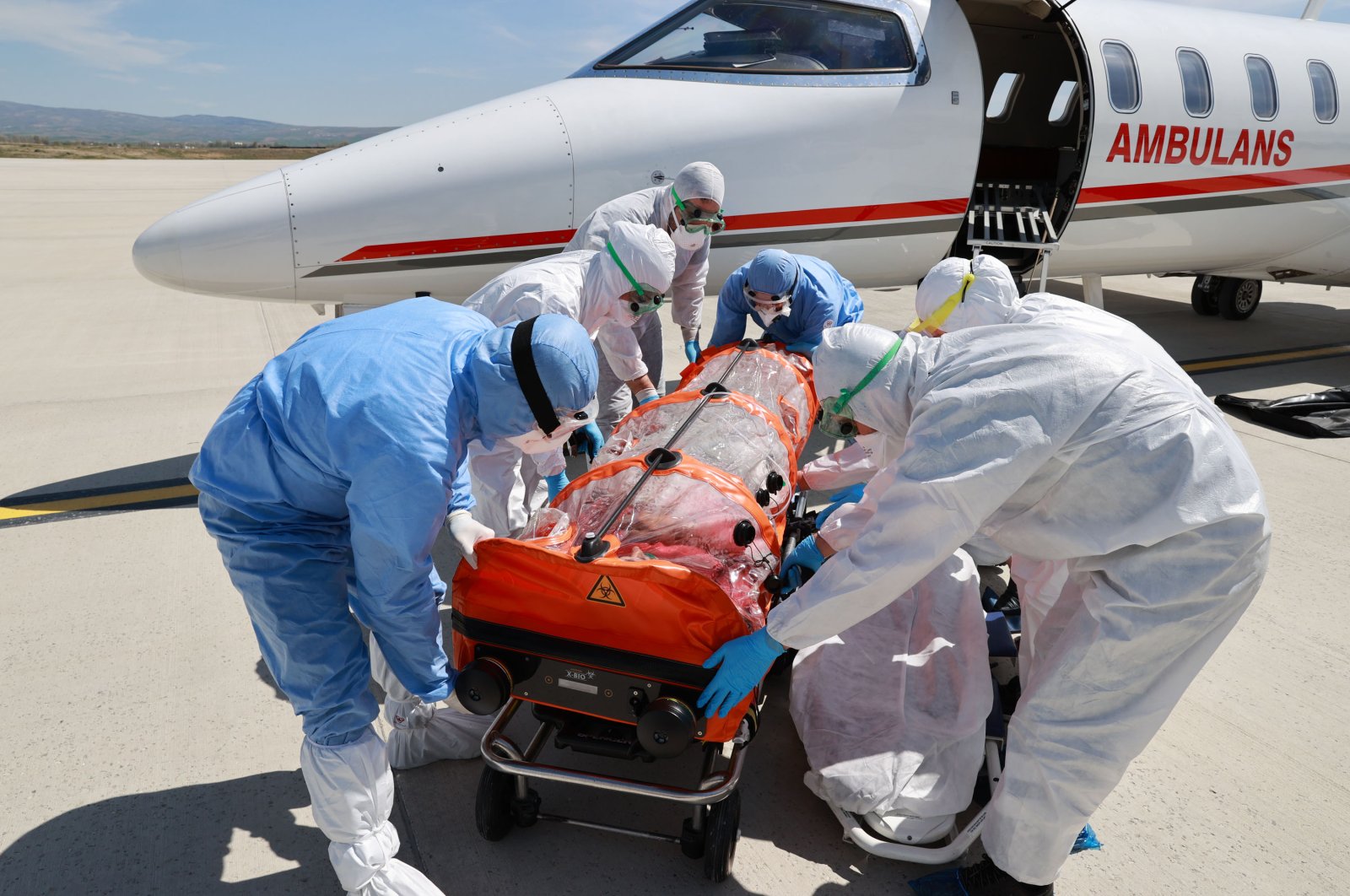 Turkey on Sunday brought home one of its citizens from Sweden who contracted coronavirus but was not given treatment.

After routine health checks, the patient Emrullah Gülüşken, 47, and his three children were taken to Ankara Şehir Hospital.

In Malmo, Sweden, Gülüşken tested positive for COVID-19 but was denied treatment by authorities. His daughters Leyla and Samira shared posts on social media, asking for help.
Turkey's Health Minister Fahrettin Koca took swift action to bring the family back.

"Dear Leyla, we heard your voice. Our ambulance airplane is taking off at 6 a.m. and we're coming to Sweden," Fahrettin Koca said early Sunday in a Twitter message, saying that the hospitals and doctors in Turkey are ready to treat her father.

Koca later wrote: "A daughter did something that would be an example to all. Our country took very swift action. Our ambulance aircraft brought the patient from Sweden this morning."

Koca continued by extending get well wishes from President Recep Tayyip Erdoğan and the Turkish people to Gülüşken's daughter, who sought the country's help to save her father.

The daughters of the Turkish expat thanked President Erdoğan and Health Minister Koca for their initiative.

Gülüşken's daughter, Samira, had shared a video on social media about her father's situation and asked for help.

She said after her father experienced fever and shortness of breath, she called hospitals but did not receive a return call.

Turkey's embassy in Stockholm and the Presidency for Turks Abroad and Related Communities (YTB) contacted the family and Koca talked to the younger Gülüşken.

"After a doctor came to our home and checked my father, he called the ambulance and asked to be taken to the hospital. After being hospitalized, he was diagnosed with COVID-19. Despite this, they sent my father back home," she told Anadolu Agency (AA).

After originating in China last December, the coronavirus, which causes COVID-19, has spread to at least 185 countries and regions. Europe and the U.S. are currently the worst-hit regions.

The pandemic has killed more than 202,600 people worldwide, with total infections exceeding 2.9 million, while more than 828,000 patients have recovered, according to figures compiled by the U.S.-based Johns Hopkins University.