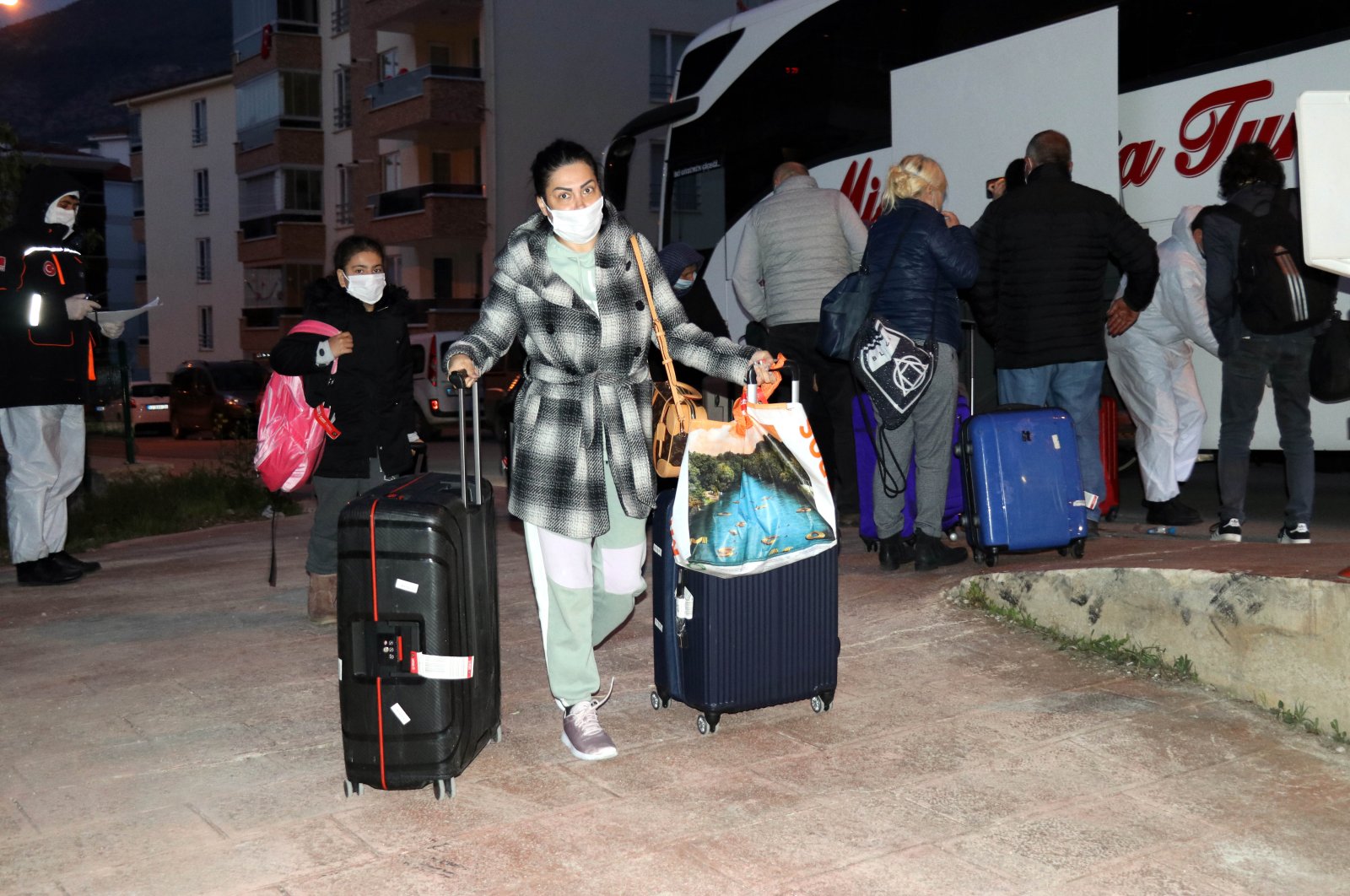 Citizens having arrived from Switzerland leave on buses taking them from the airport in Amasya, Turkey, April 23, 2020. (AA Photo)
by Anadolu Agency Apr 24, 2020 2:23 pm
RECOMMENDED

Turkey on Friday oversaw the return of 2,588 citizens from several countries as part of its ongoing repatriation drive.

Turkey is working to bring back nearly 25,000 citizens stranded abroad due to the COVID-19 pandemic for the holy month of Ramadan.

The highest number of citizens, 963, was brought back from France on special flights that landed in the capital Ankara as well as Istanbul. Another 326 expats from Switzerland and 286 from Sweden arrived in the northwestern city of Bursa province and the town of Amasya along the Black Sea. On Thursday night, 323 citizens returned from Ukraine on a special Turkish Airlines flight that arrived in the eastern province of Sivas. Following mandatory health checks, these arrivals were transported to the central province of Tokat to be quarantined at a specially allocated student dormitory.

In the central province of Nevşehir, 299 Turkish citizens arrived from Azerbaijan and were placed in quarantine at a student dormitory. A special flight with 165 Turkish citizens from Germany landed in the city of Mersin on Thursday. Another Turkish Airlines flight with 144 citizens from Algeria landed in the central city of Konya, while 82 more from Thailand were brought to the Aegean city of İzmir. All returning citizens will be in quarantine for 14 days.

More than 2.71 million cases of the virus have been reported across 185 countries and regions since the virus emerged in China last December, with Europe and the U.S. constituting some of the world’s hardest-hit areas.

The global death toll has come to around 191,000 deaths, while recoveries are currently nearing 745,000, according to figures compiled by the U.S.-based Johns Hopkins University.