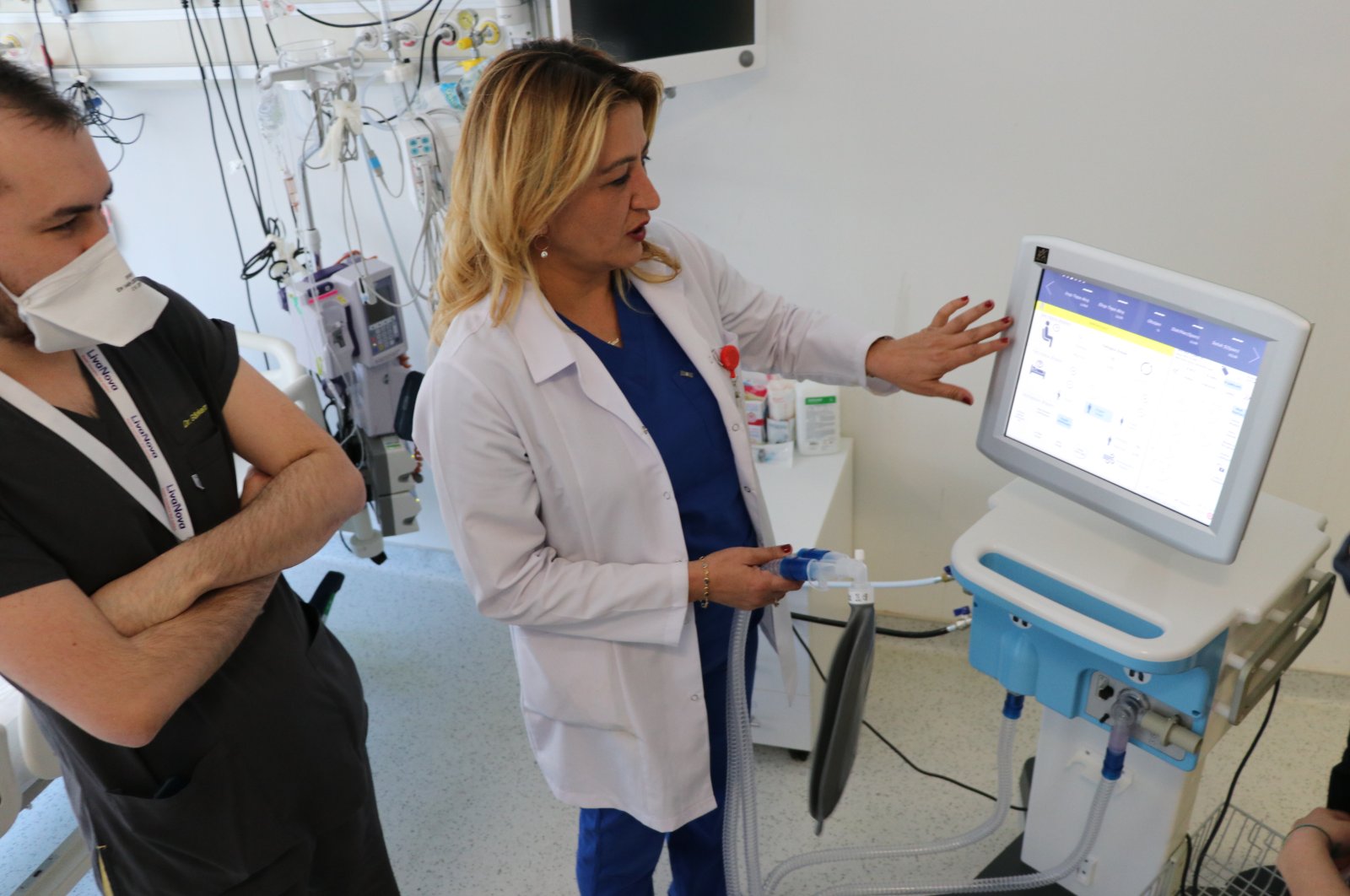 In the course of just two weeks, Turkey has succeeded in launching the manufacture of mechanical ventilators critical to the treatment of COVID-19, the life-threatening disease caused the novel coronavirus, drawing the attention of the whole world.

With severe shortness of breath a hallmark of the disease, the coronavirus pandemic has raised the need for medical ventilators, resulting in a fresh impetus for defense, technology and automotive companies across the globe to research and manufacture the devices.

Biyovent was developed following a five-year research and development process that took place between 2012 and 2017. The company produces and sells 32 devices.

Firms launched the mass production process and delivered the first 100 devices to Başakşehir City Hospital, which opened last week in the Turkish metropolitan city of Istanbul.

"After the COVID-19 crisis began, we started to work trying to manufacture critical parts of the device locally," said Cemal Erdoğan, the head of BIOSYS, referring to the fact that previously, medical companies imported certain parts for the devices, such as valves and chips, from other countries.

As a result of the onset of the pandemic, however, several countries stopped or limited medical goods and equipment exports to secure internal consumption, causing problems for Turkish manufacturers.

Erdoğan said that currently, the device includes more than 2,000 components, with almost all parts, including valves, having been produced locally, adding that:
"Producing this device requires high-capacity, multidisciplinary engineering and critical tests."
Selçuk Bayraktar, the chief technology officer of Baykar, said exports of the devices, even its parts and test equipment, were prohibited globally.

For most countries, he said, the protective measures enacted to accommodate domestic needs have presented many problems, but for Turkey, they have provided an opportunity.

The International Monetary Fund and the World Trade Organization have urged governments to act carefully for export restrictions on mechanical ventilators.
Not just the four main shareholders — Baykar, Aselsan, Arcelik and BIOSYS — but Turkish engineers and subcontractor firms also supported the project under the leadership of President Recep Tayyip Erdoğan, he said.

"When we couldn't get supplies for a number of systems from abroad, we had to begin to develop them domestically. The support of our subcontractors was of great significance," he noted.

Bayraktar stressed that Albert Saydam, the CEO of rubber firm Tekno Kauçuk, used every means available to support the production of the device, even during a time when he tested positive for the virus. Tekno Kauçuk even kept its factories open during weekends to produce one of the parts of the device, he added.

"I think the secret of this success has been our sense of compassion, charitableness and justice, which are the values of our civilization," Bayraktar said, adding: "Especially given such a pandemic, the chance of providing a source of breath to humanity has spurred us on."

Bayraktar added that Arçelik would produce 5,000 devices by the end of May, while Aselsan was also in the process of establishing a production line, noting the firm would "continue to work with BIOSYS and Aselsan for the development of all systems on the technology side."

Referring to the campaign for devices, he said that Baykar had donated 250 devices to the country's Health Ministry to use in hospitals or to send to friendly nations.

Aselsan, the missile producer Roketsan, Arçelik, defense firm Havelsan, the Turkish branch of e-commerce giant Amazon, Turkish Aerospace Industries and agricultural technology company Tarnet also joined the campaign. "Our Health Ministry also ordered 5,000 units. We now have over 1,000 devices to donate through our campaign," he said.
Dr. Mustafa Yılmaz, the general secretary of the Alliance of International Doctors, said mechanical ventilators were being used in intensive care services and surgeries for patients who have respiratory diseases.

He noted that according to the World Health Organization, 80% of COVID-19 patients did not require hospital treatment.

"The other 20% are inpatients. One-fourth of our inpatients, or 5% of total patients, need intensive care based on the course of the disease," said Yılmaz, who is also the deputy chief physician in Istanbul's Gaziosmanpaşa Training Research Hospital.

There is no general rule that every patient in intensive care needs a ventilator, he stressed, adding that when needed, medical staff provide respiratory support with mechanical ventilators.

While Turkey had around 18,000 mechanical ventilators and 25,000 intensive care beds before the pandemic, the U.K. had only 8,175 devices, he noted.

He also said: "With new device production, Turkey achieved to make a great job by allocating a respirator device for almost every intensive care bed."
"In the absence of these critical devices, which can be produced by very few countries in the world, patients pass away very quickly. So Turkey's manufacturing activity is valuable," Yılmaz added.
To assist other nations, Turkey has also boosted its production of masks, gloves and personal protective equipment, donating them to scores of countries, including Spain, Italy and the U.K.