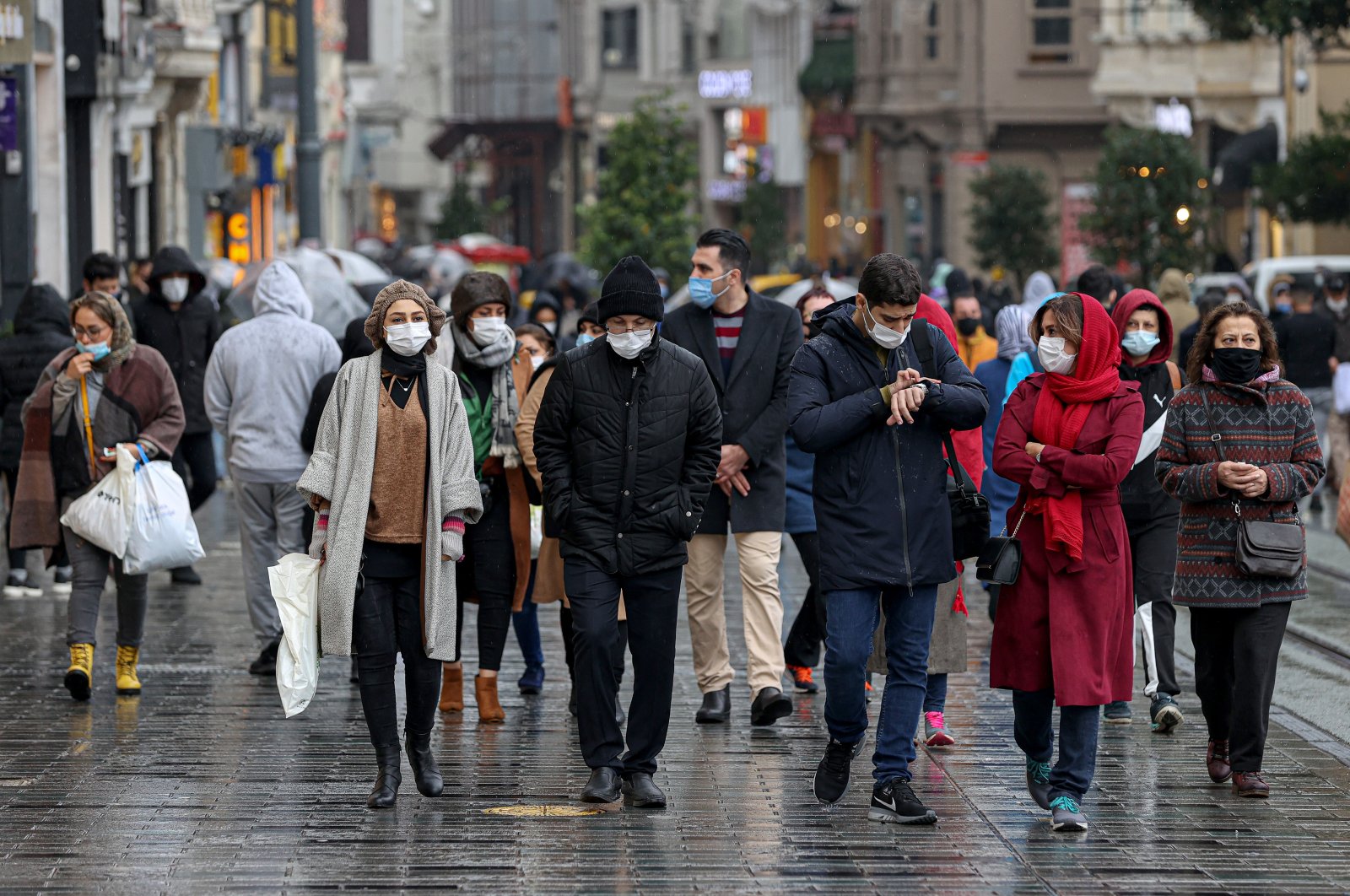 Based on a long and healthy life, access to knowledge and a decent standard of living, Turkey for the second time in a row is categorized with very high human development, moving up five spots to place 54th out of 189 nations and territories last year

Turkey posted a 0.820 value in the human development index (HDI), a figure reported by the United Nations Development Programme (UNDP) for 189 countries revealed on Tuesday.

The Human Development Report, titled "The Next Frontier: Human Development and the Anthropocene," showed that Turkey has made significant improvements since 1990 when the first such listing was released. The country's HDI value rose by 40.7% from 0.583.

HDI is a summary measure for assessing long-term progress in three basic dimensions of human development: A long and healthy life, access to knowledge and a decent standard of living.

The report said the average index value stood at 0.898 for the very high human development group and 0.791 for countries in Europe and Central Asia.

On the other hand, the country, like the other developing nations, faces the risk of a rapidly aging population. Projections made by TurkStat show that the number of elderly people will increase to 10.2% by 2023 and rise even further in the following decade. Experts link these expectations to a decline in fertility and new treatments being available to increase longevity. Ankara seeks to encourage population growth in the country and hopes to boost numbers by offering incentives such as longer paid leave and social benefits for larger families.

It also disclosed rankings in the gender inequality index, which reflects gender-based variations using three points of emphasis – reproductive health, women's empowerment and economic activity. Last year, Turkey stood at 66th out of 162 countries with a gender inequality index value of 0.306. The percentage of female lawmakers in the country stood at 17.4% while women’s participation in the workforce was 34%. The government has increased loans and incentives for female entrepreneurs in recent years to help boost their participation in the male-dominated workforce, rolling out a series of incentives for working women, from longer maternity leaves to financial support for daycare needs, as well as payments to grandparents caring for their grandchildren who have working parents.

The report, which depicts the state of human development before the onset of COVID-19, underlined that unless our species relaxes its grip on nature, it will face future crises. A new human development index accounting for key planetary pressures, a country's level of carbon dioxide emissions and material consumption, was also included in this year's report.

PRESSURE ON THE PLANET

More than 50 nations fell from the very high human development category, reflecting their dependency on fossil fuels and their material footprint. No country in the world has yet achieved very high human development without putting immense strain on the planet, the report underlined, as it called on world leaders to take bold steps to ease pressures on nature and the environment in the course of progress. Pointing out that humanity entered a new geological epoch defined as the "Anthropocene" or "Age of Humans," the report highlighted that countries should redesign their paths to progress by fully accounting for the dangerous pressures humans put on the planet and dismantling the imbalances of power and opportunity that prevent change.

"By the new index adjusting the Human Development Index by a country's per capita carbon dioxide emission and material consumption based on the 2019 data, Turkey ranked 44th among 169 countries at 0.746." As a developing country, Turkey sought support from developed nations to meet the needed funding on climate action as party to the historic Paris climate agreement. It did not ratify it yet as the agreement stipulates that Turkey should provide financial resources to assist other developing countries in the fight against climate change, something Turkey avoids in the absence of financial support for its own goals on the issue.