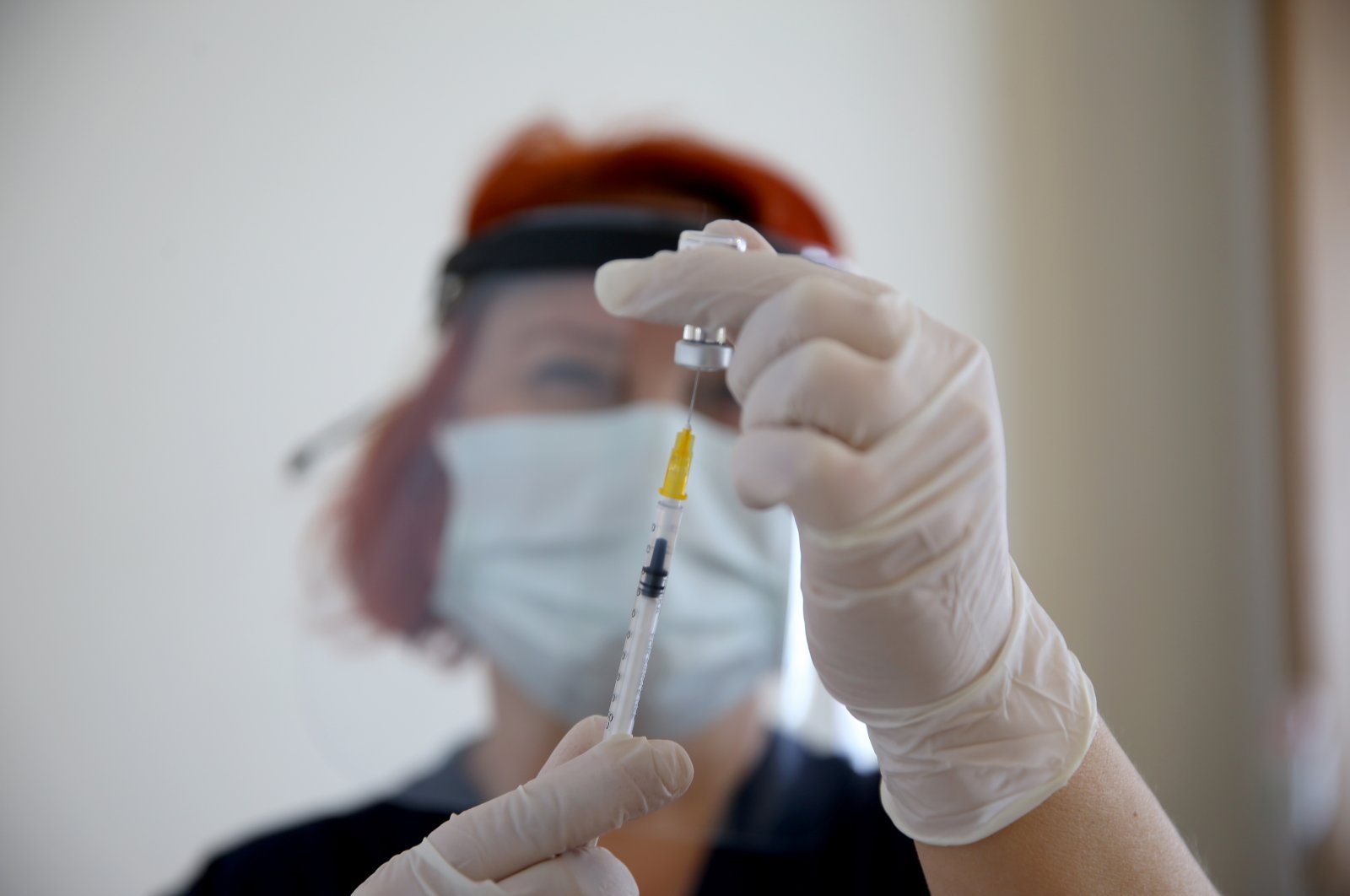 Starting on Friday, the Turkish public can now choose Pfizer-BioNtech's Comirnaty as their COVID-19 jab, as the country diversifies its vaccine supplies following the start of mass inoculation with China's CoronaVac in January

The Health Ministry began public inoculation with Pfizer-BioNtech’s Comirnaty for the first time Friday after it was added to the COVID-19 vaccine inventory of the country this week. People who make a vaccine appointment can now choose between Comirnaty or CoronaVac, developed by China’s Sinovac.

The inoculation campaign started in January with health care workers receiving the CoronaVac jab before the country finalized a deal with Pfizer-BioNtech this month. So far, 2.8 million doses of Comirnaty have been acquired, while the country plans to obtain 1.7 million more doses in about 10 days. Similar to CoronaVac, a second dose will be given to people 28 days after their first jabs.

With Comirnaty’s arrival to Turkey, questions have arisen amid the public on which jab to select. Experts say both vaccines are good for protecting against the coronavirus, though opinions are mixed. Associate professor Ümit Savaşçı, an infectious diseases expert from the Health Sciences University in the capital Ankara, says each vaccine caters to different types of people. “You should choose CoronaVac if you are taking immunosuppressive drugs, chemotherapy, or have a history of neurological disease. If you are young, do not have any health condition or have a chronic disease (other than cancer and neurological diseases), you may opt for Comirnaty as its rate of protection is 10% higher than CoronaVac in those cases,” he said.

Savaşçı told Demirören News Agency (DHA) Friday that the results of studies showed that people who received CoronaVac jabs had recovered from infections easily even if they were infected after vaccination, and the vaccine “decreased the hospitalization rate” among patients by 100%.

He said, although Comirnaty appeared to have higher efficacy than CoronaVac, the number of doses currently available was limited. Savaşçı, who himself volunteered for human trials of Comirnaty, said he did not suffer any side effects after months of observations and assured the public not to be worried about any side-effects of both Comirnaty and CoronaVac. “They have both undergone extensive tests and analysis (by the Health Ministry) before they were approved for mass use,” he noted.

Savaşçı also dispelled the rumors that the vaccines “infect” people. “People who get vaccinated but infected later anyway falsely believe it is the result of the shot. It is impossible to get infected via a vaccine. For mRNA vaccines, for instance, no traces of the vaccine is left in the body soon after vaccination. It does not affect our genes, it does not leave any genetic damage as (some have) claimed,” he said.

Turkey itself is expected to roll out its first locally produced COVID-19 vaccine by the end of summer, the country's health minister said Thursday, as Turkish scientists work on more than a dozen vaccines and drugs against the virus.

Health Minister Fahrettin Koca made the remarks while addressing a World Health Organization (WHO) media briefing via video link. "I believe that our first vaccine will be ready and successful by August, September, by the summer term," Koca said.

He pushed for enabling vaccine production globally without making intellectual property rights an issue. "Although we are not among the countries that produce vaccines at the moment, I would like to add that we share some of the vaccines that we received with other countries to be used for health care professionals," he said.

Koca stressed that there are 18 Turkish vaccine candidates on the WHO list. "Turkey's domestic vaccine production research is rapidly continuing. We believe that we will produce our own vaccine within a short time." He went on to say that Turkey assumed "the role of a facilitator" by establishing "diplomatic bridges" between the vaccine manufacturing countries and the countries experiencing problems with access to the COVID-19 jabs. "I can gladly say that we have started to get results from these initiatives." Turkey also sent medical aid to 158 countries amid the pandemic, he added.

In his speech, the minister also highlighted that Turkey collaborated with 14 international organizations, including the WHO, in the COVID-19 process, adding that he was personally in touch with the health ministers of 20 countries and that Turkey's Coronavirus Scientific Advisory Board has shared its experiences with 13 countries.

"We have completed vaccinating nearly 1.1 million health workers in Turkey in only 45 days," he said.

One locally made vaccine, which is among the most eagerly anticipated, has an intranasal application. A private company based in the capital Ankara is behind the development of the vaccine that can be administered as a spray through the nose. It will start Phase 1 trials soon. Yunus Emre Deli, a board member of Nanografi, the company behind the vaccine, said their vaccine proved to be effective against the United Kingdom variant of coronavirus, which now accounts for the majority of cases in Turkey.

The work on the intranasal vaccine began in February 2020, one month before the pandemic made its foray into Turkey. The protein-based vaccine stands out among others developed and in development, including inactive and messenger RNA vaccines, like CoronaVac and Comirnaty, respectively. Deli told Anadolu Agency (AA) Friday that the vaccine can also be remodeled quickly to provide protection against new variants. He added that they had a capacity of producing 250 million doses annually in their production facilities.