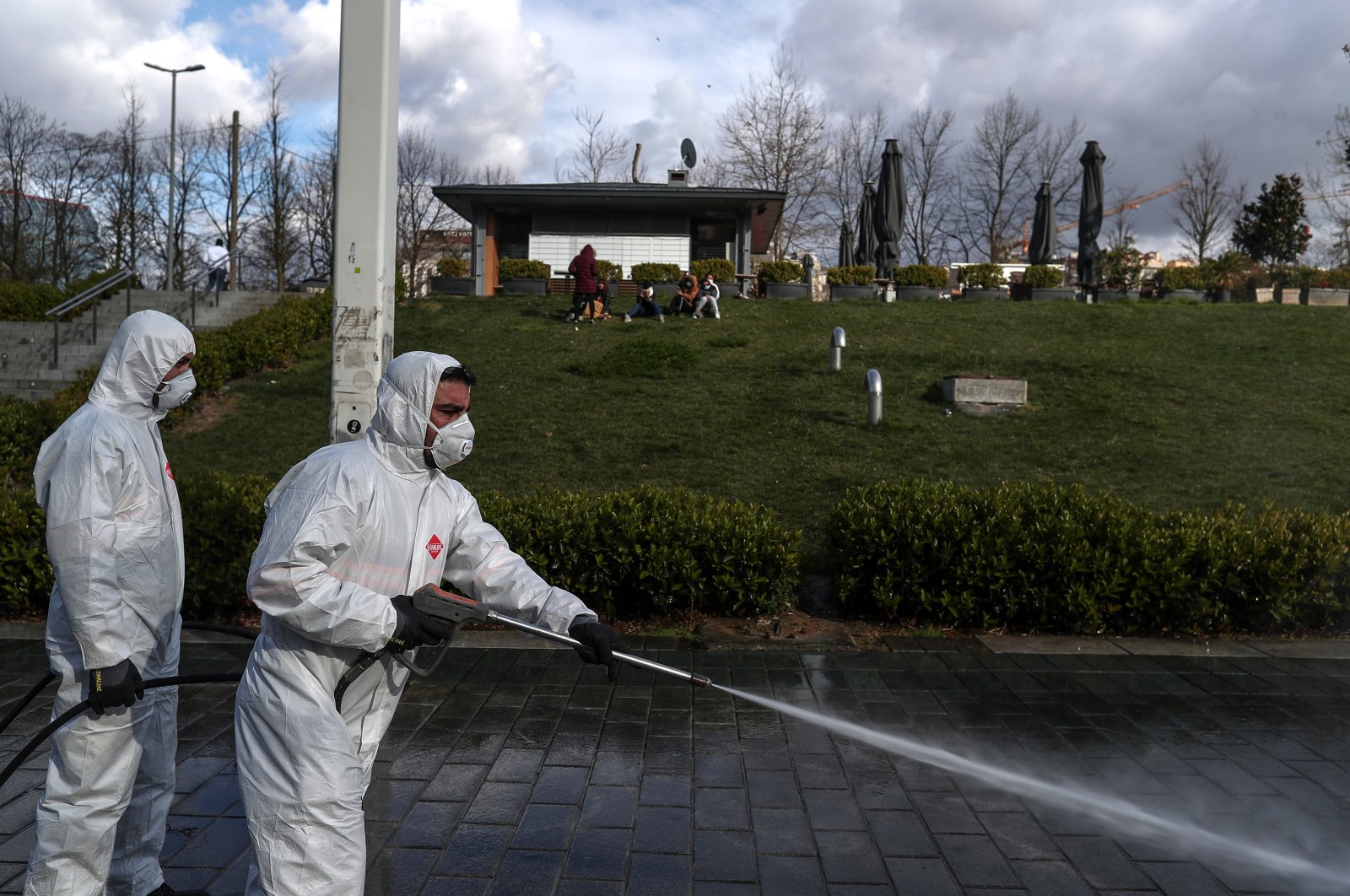 Employees of the Istanbul Metropolitan Municipality disinfects near Gezi Park to prevent the spread of the novel coronavirus COVID-19 at the Taksim Square in Istanbul, Turkey, 18 March 2020. (EPA Photo)
by DAILY SABAH Mar 18, 2020 11:17 pm

The number of coronavirus cases in Turkey has jumped to 191, with 93 new diagnoses, Health Minister Fahrettin Koca confirmed in a tweet Wednesday. He also reported a second death from COVID-19.

“A 61-year-old patient has unfortunately succumbed to the disease. The situation makes it apparent that precautions are imperative to win over this illness,” he added.

The country saw its first victim on Tuesday, an 89-year-old man.

Senior citizens, particularly those 65 and older have a higher risk of death from coronavirus.

President Recep Tayyip Erdoğan on Wednesday urged them to stay home like younger citizens, adding that they should also minimize contact with other family members.

As Ankara heightens its measures to curb the outbreak, the Interior Ministry ordered a nationwide closure of almost all social gathering places, including cafes, cinemas, gyms and wedding halls. The ministry earlier ordered all bars, discos and nightclubs to be closed down as well.

The country’s top religious authority, the Presidency of Religious Affairs (DİB), announced a ban on prayer gatherings, including Friday prayers, while leaving the mosques open to people who want to perform daily prayers.

The government closed down schools for two weeks as of March 16, while universities were shut for three weeks.