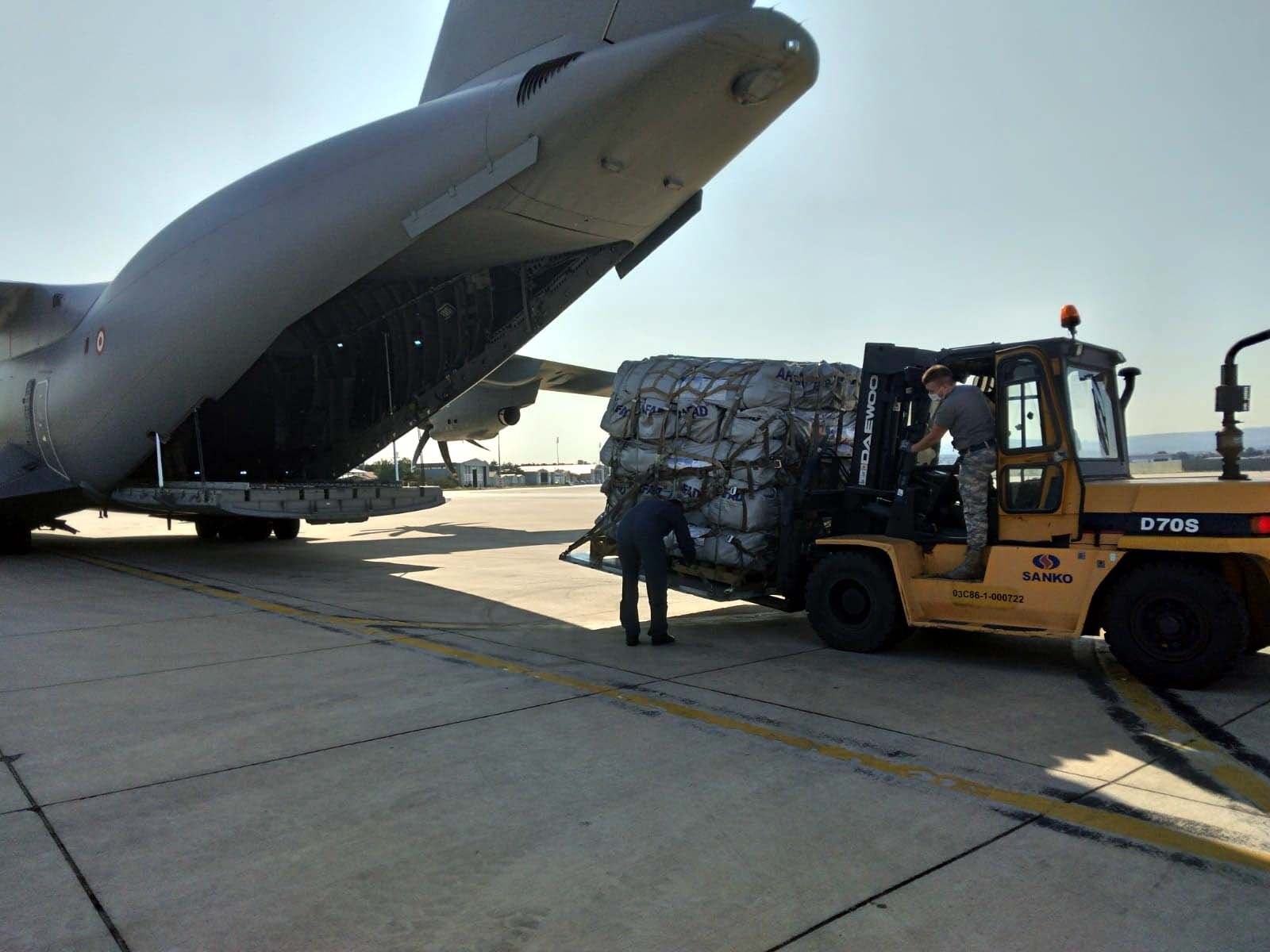 A military cargo plane took off from the Turkish capital Ankara on Monday, carrying 16 tons of humanitarian aid for Haiti.

The aid consists of 270 packs of hygiene materials and 222 packs of food for the country rocked by an earthquake of magnitude 7.2 on Aug. 14.

The aid delivery was organized by the Disaster and Emergency Management Presidency (AFAD) upon orders of President Recep Tayyip Erdoğan.

AFAD said in a statement that 2,189 people were killed in the earthquake and another 12,000 people were injured while 1.2 million people, including 540,000 children were in need of aid according to United Nations Office for the Coordination of Humanitarian Affairs (U.N. OCHA).

Turkey, along with its condolences, had conveyed an offer to help Haiti in the aftermath of the earthquake. AFAD said Haitian authorities accepted the offer and they sent humanitarian aid including tents, food packs and hygiene kits.

A seven-member AFAD crew was also sent to Haiti to personally deliver the aid to the earthquake victims.

Last week, Humanitarian Aid Foundation (IHH), an Istanbul-based charity, had also delivered aid to the country, including food and hygiene packs for 550 families, as well as drinking water, in Les Cayes, a commune severely hit by the earthquake.

Earthquakes have been wreaking havoc in Haiti since at least the 18th century when the city of Port-au-Prince was destroyed twice in 19 years. The 21st century has been no less kind.

The Earth’s crust is made up of tectonic plates that move. And Haiti sits near the intersection of two of them – the North American plate and the Caribbean plate.

Multiple fault lines between those plates cut through or near the island of Hispaniola, which Haiti shares with the Dominican Republic. What's worse, not all of those fault lines behave the same way.

The high population density in the country of 11 million and buildings designed often to withstand hurricanes but not earthquakes play a major role in the high rate of devastation in the country. Before the last earthquake, Haiti was still recovering from the 2010 earthquake as well as Hurricane Matthew in 2016.