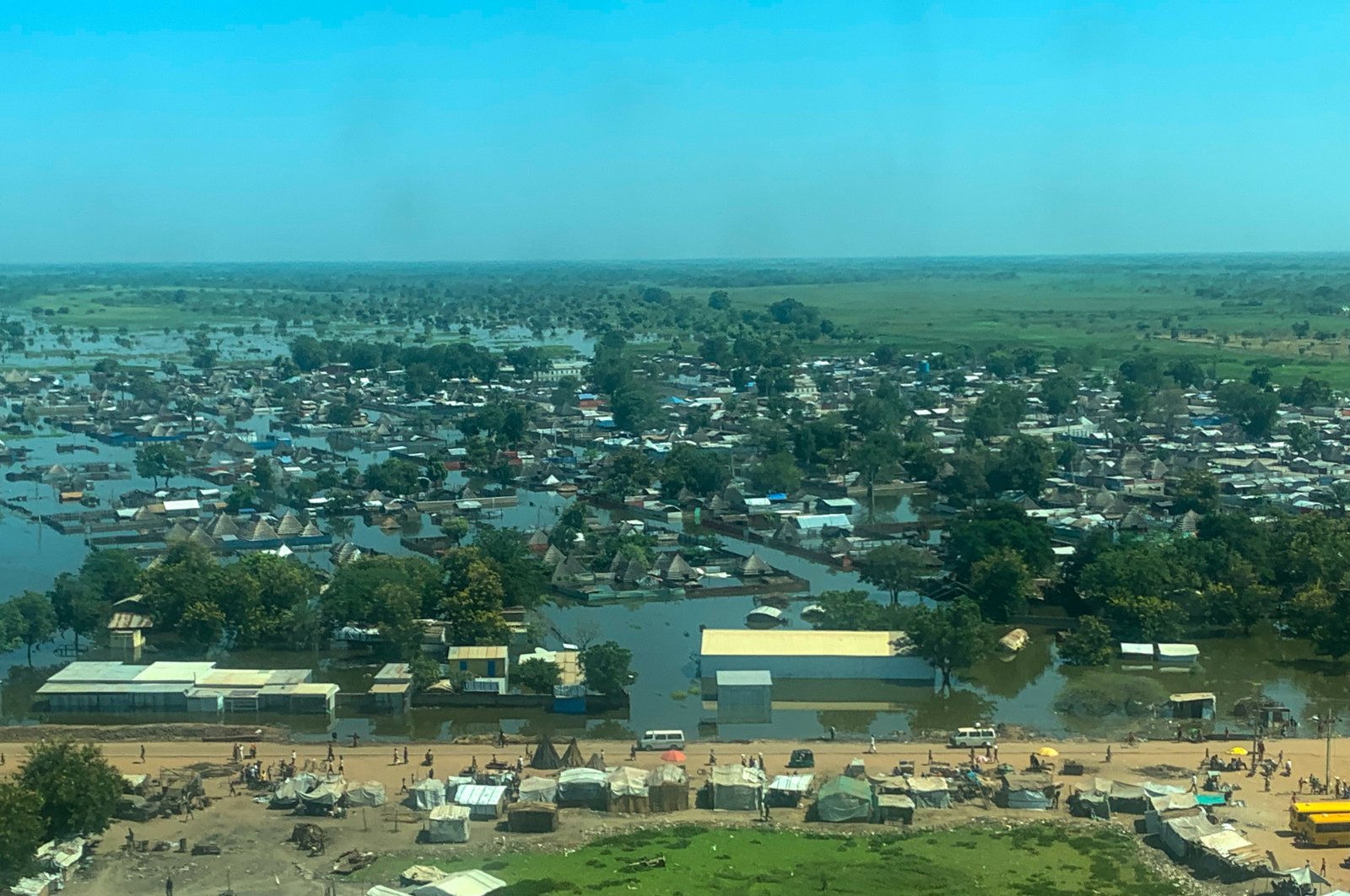 The Turkish Red Crescent (Kızılay) on Wednesday donated 31 tons of food for more than 10,000 people in South Sudan affected by floods and conflict in the Central African country.

Speaking at the handover ceremony in the capital Juba, Turkish Ambassador to South Sudan Erdem Mutaf said the aid would be delivered to 6,000 people displaced by the recent conflict in the Tambura county of the Western Equatoria state and another 6,000 people affected by floods in the Jonglei state.

"We are here to hand over the humanitarian assistance to the World Food Programme (WFP) logistics cluster to deliver the aid to needy people. This idea was given to us by the South Sudan Islamic Council in August when they visited us to help people affected by conflict in Tambura," Mutaf said.

He added that this "symbolic and very important" donation shows strong relations between the two countries.

Mutaf also lauded the South Sudan Red Cross for maintaining close cooperation with them to reach out to vulnerable people in the country.

He revealed that funds from Turkey's Disaster and Emergency Management Authority (AFAD) were used for humanitarian aid for the people of South Sudan.

Peter Mayen Majongdit, South Sudanese minister of humanitarian affairs and disaster management, thanked the Turkish government for their support for the vulnerable people.

"We all know this country has suffered a number of disasters, and we believe that with collective coordination, we will be able to overcome all of these challenges," Majongdit said.

Meshack Malo, the Food and Agriculture Organization (FAO) representative in South Sudan, also welcomed the food relief, saying it will help alleviate the suffering of those affected the most by recent heavy flooding and conflict.

He said that the FAO would continue working closely with the concerned authorities to ensure the smooth flow of humanitarian aid to those in need.

"We are very happy with this food assistance and we hope to transport it with the WFP logistics cluster to reach the vulnerable people, who are affected by floods and conflict, on time," said John Lobor, secretary-general of South Sudan Red Cross.

Faruk Aksoy, the Turkish Red Crescent country representative, said that the aid would be distributed in collaboration with the South Sudan Red Cross Crescent and the South Sudan Islamic Council with logistical support from the WFP.

According to the United Nations Office for the Coordination of Humanitarian Affairs (UNOCHA), more than 780,000 people have been affected by flooding in 27 counties in eight states since May.

At least 31 people have died from heavy flooding caused by torrential rains in the Gogrial West and Tonj East counties of the Warrap state.

Thousands of houses have been destroyed and more than 19 cattle ranches ruined.

The UNOCHA estimates that subnational violence between the government and opposition forces in Tambura has affected 80,000 people.