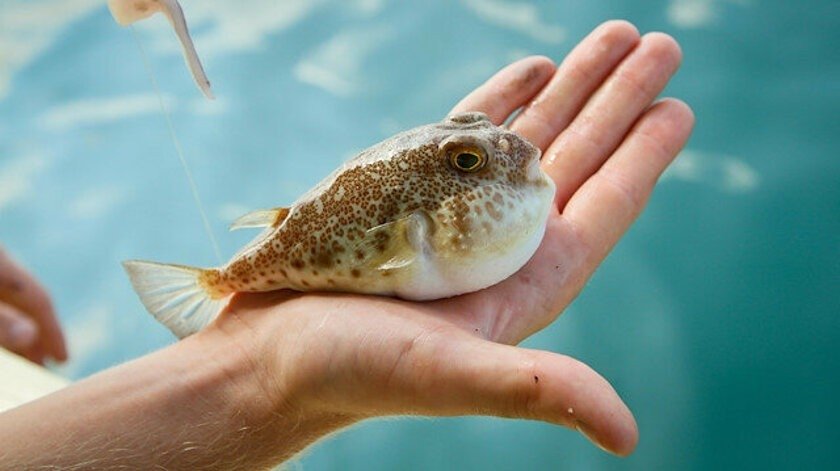 Turkey’s Agriculture and Forestry Ministry has widened its project to eradicate poisonous toadfish from local waters. The invasive species was first spotted in the country in the 2000s and went on to invade the Mediterranean coast. The ministry plans to allocate TL 5 million ($600,000) for cash prizes annually within the scope of the project, Agriculture and Forestry Minister Bekir Pakdemirli said Tuesday, explaining that around 5.5 million toadfish must be killed every year to preserve aquatic biological diversity.

Turkey's support for toadfish hunting was expanded last year to include eight toadfish species of various sizes in the country, a policy valid until the end of 2023.

Last year, small-scale fishermen who hunt the spotted toadfish were supported to protect aquatic biodiversity and ensure sustainable and rational use of marine resources. Their efforts led to the disposal of 46,192 toadfish.

Reaching the Mediterranean through the Suez Canal, a nightmare for fisherman, the toadfish attack people after expelling local species and shred fishing nets.