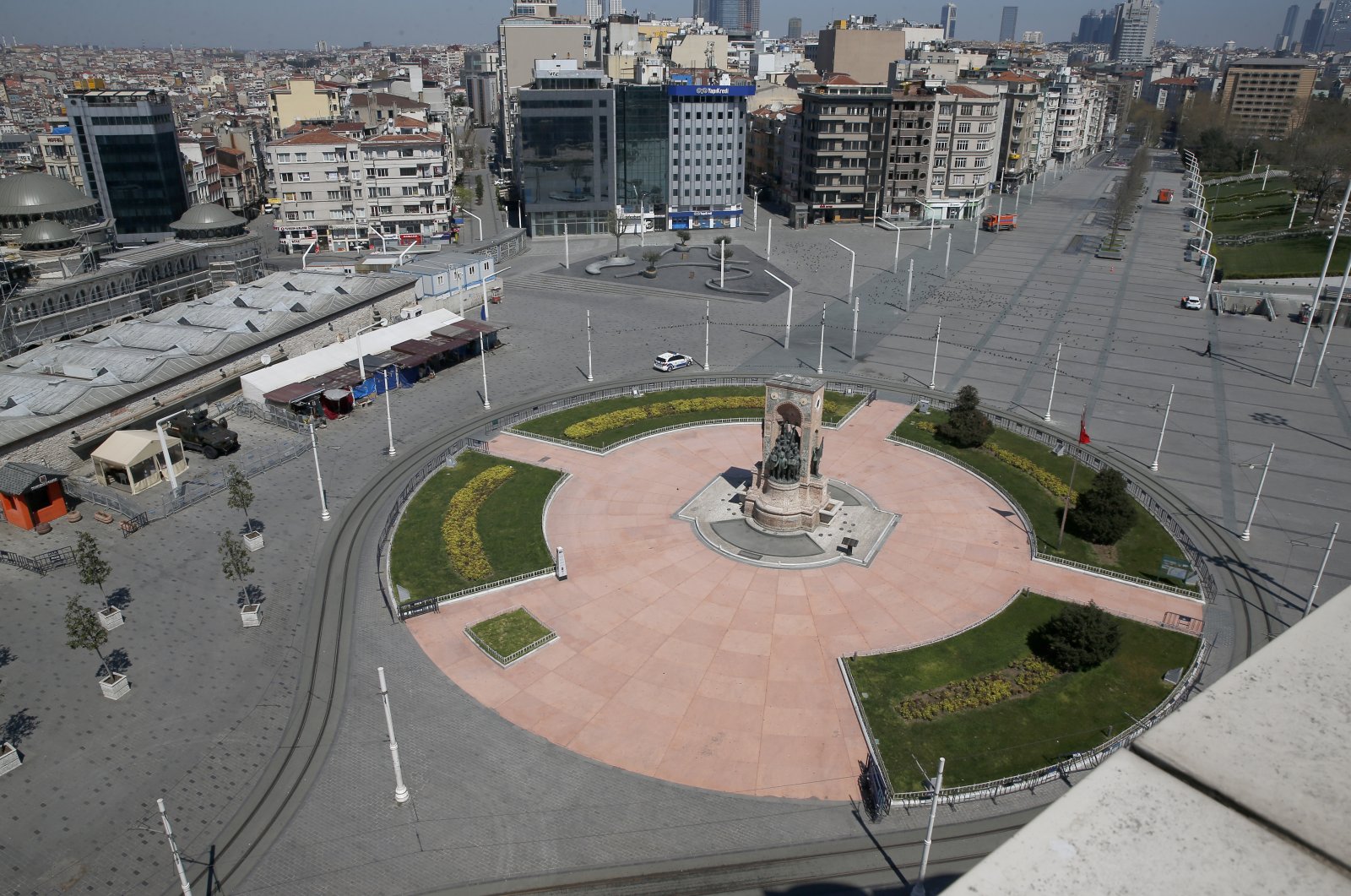 Turkey began enforcing a four-day curfew in 31 provinces as of midnight Wednesday as part of precautions to curb the spread of the coronavirus outbreak.

According to the circular, bakeries, hospitals, pharmacies and workplaces producing health products and medical supplies will continue to operate.

Markets and grocery stores will operate from 9 a.m. to 2 p.m. on April 23-24 due to the beginning of the Muslim fasting month of Ramadan. They will then be closed on April 25 and 26.

People who work in certain jobs, deemed essential, will be exempted from the curfew.

President Recep Tayyip Erdoğan said Monday that Turkey planned to extend its curfew over the weekend in 31 provinces as part of measures against the virus.

April 23 is a public holiday commemorating the foundation of the Parliament, and the country also observes National Sovereignty Day and Children's Day every year on that day.

Turkey first imposed a 48-hour curfew in 31 provinces on April 11-12 as part of measures to combat COVID-19.

The government had previously ordered a curfew for anyone 65 or older, who constitute those most vulnerable to the disease, and later extended the ban to people under 20 after it appeared that many young people, falsely believing they were safe from the virus, continued to socialize.