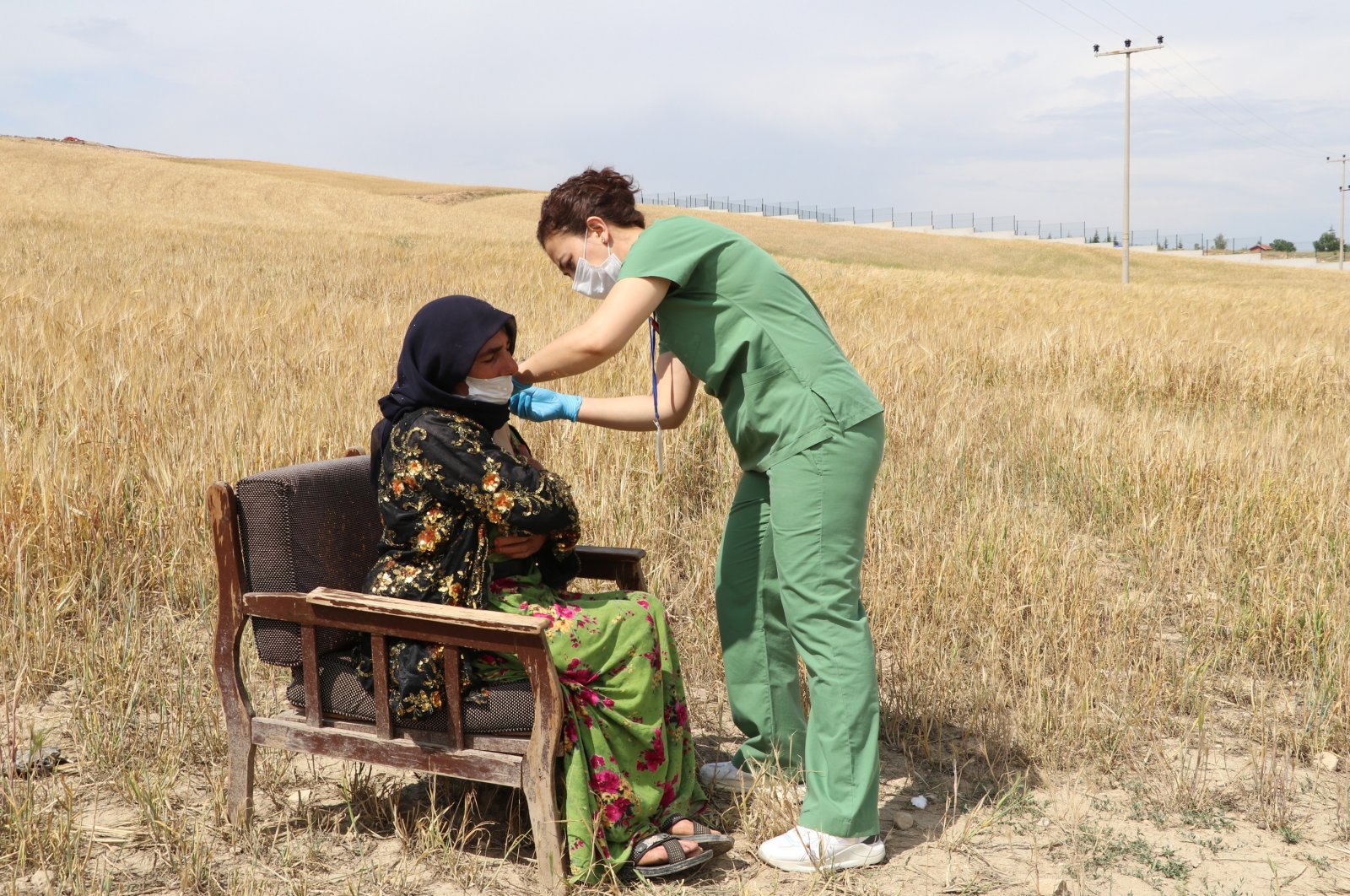 As of Thursday, more than 30 million people, or roughly one in every two adults, have received their first dose of the coronavirus vaccine, with new jabs and the addition of new age groups spurring the inoculation drive in Turkey

The number of vaccines administered against the coronavirus reached almost 50 million in Turkey on Thursday as the country crossed a critical threshold. More than 30.2 million people, equivalent to roughly one out of every two adults, have received their first doses.

At the current pace, Turkey may complete its vaccination campaign by the end of summer or even as early as next month. Authorities announced Wednesday that the minimum age of eligibility for vaccination would be dropped to 18 on Friday. This is expected to bring the country closer to the goal of achieving mass immunity. Currently, more than 14.6 million people have been fully vaccinated, slightly lower than the total population of Istanbul, the country’s most populated city.

This month saw an unprecedented rise in vaccinations, with the Health Ministry opening up the campaign to more age groups and people from different occupations regardless of their age. The momentum is linked to the arrival of new shipments of vaccines from abroad. After securing a deal with China’s Sinovac, the country started vaccinating its health care workers first in January 2021, before expanding the inoculation campaign to the oldest citizens. It gradually lowered the vaccination eligibility age, and people at the age of 18 and above are expected to be the last group to be vaccinated. Authorities have not announced any plans yet to vaccinate children. In the meantime, the addition of Russia’s Sputnik V vaccine, which recently arrived in the country, may boost the drive further. Later this year, the first locally made jab, an inactive vaccine like the Chinese-made vaccine in use in the country, will also be available, after completing Phase 3 trials and an emergency approval process.

The vaccination campaign largely paid off as indicated by the drop in the number of cases. A 17-day lockdown in May also played a role in decreasing the daily numbers. Though the country has lost nearly 50,000 people to the coronavirus since it was first reported in March 2020, the cases now fluctuate between 5,000 to 6,000. On Wednesday, 5,809 new cases were reported, along with 65 fatalities. In line with the declining trend in case numbers, the government has announced that all restrictions, from weekday nighttime and Sunday curfews to restrictions on travel, would be lifted on July 1. Authorities already eased a set of restrictions on June 1 and allowed businesses, including restaurants and cafes, to reopen.

Health Minister Fahrettin Koca said after a meeting of his ministry’s Coronavirus Scientific Advisory Board on Wednesday that the pandemic can be overcome with vaccination. “We are confident of victory over the pandemic, and we know it will be soon. But we are still cautious and vigilant,” he said. On the other hand, the minister lamented the impact of the pandemic on the country. “For instance, deaths related to heart attacks increased more than 10% during the pandemic. It is because of a slowdown in access to health care services or people avoiding hospital visits due to the pandemic,” he said. He also mentioned the impact of long COVID-19 and said it was unclear what recovered coronavirus patients can expect in terms of the damage to their long-term health.

“It is known that deaths will be three to four times higher than pandemic deaths within the next three years due to the virus's lingering effects,” he warned. He underlined that deaths more than doubled, especially among people at the age of 65 and above who recovered from the coronavirus, based on the data from the study on deaths within 45 days of recovery. “But we are hopeful. We witnessed that vaccination led to a decline in the number of deaths and those infected after vaccination suffer from a mild, nonfatal case of the coronavirus that does not require hospitalization,” he underlined.

Another concern for Turkey is the delta variant of the coronavirus, first detected in India, which has already spread to some countries. Koca said the delta variant has been detected in the country, though its more severe form delta plus has not been seen yet. He said that the country has so far detected 134 delta variant cases in 16 provinces, mostly in Istanbul where 82 delta cases were reported, ahead of 18 others in the northern province of Düzce. Others had less than 10 delta cases, like Van, which reported eight cases, and Ankara and Izmir, which respectively reported four and three cases of the delta variant.