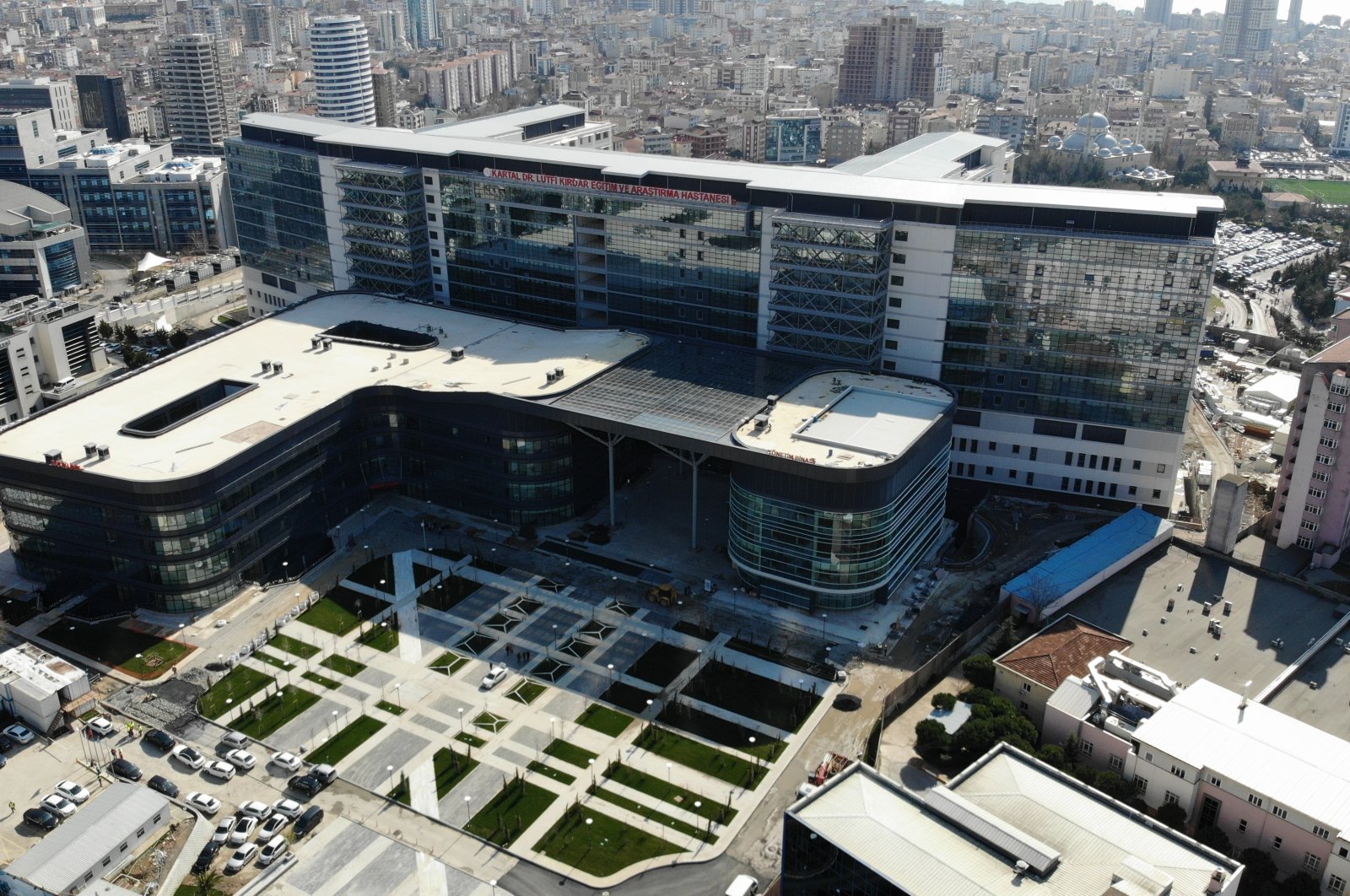 As part of a Health Transformation Program launched in 2003, Turkey has increased the number of health facilities and policies aimed at providing better quality, accessible services. Amid the COVID-19 outbreak, health investments further accelerated and new hospitals opened in many provinces and districts last year.

In 2020, a total of 17 large hospitals were built in nine provinces to provide uninterrupted health services. In this process, all medical facilities, especially the city hospitals, which stand out with their intensive care and bed capacities, played an active role in the country's relatively successful struggle against COVID-19. Also last year, Lefkoşa Emergency Hospital with 100 beds and six operating rooms, built by the Health Ministry in the Turkish Republic of Northern Cyprus (TRNC), was put into service during the fight against the pandemic.

The first new hospital opened last year was in the southern province of Mersin. Mersin University Oncology Hospital, built on 14,500 square meters (over 156,000 square feet) in Mediterranean region, opened on March 6, 2020, with a capacity of 150 beds. The Okmeydanı Training and Research Hospital in metropolitan province of Istanbul was rebuilt to be earthquake resistant and named after Dr. Cemil Taşçıoğlu, who died from complications related to COVID-19. Some 385 seismic insulators used in the construction of the hospital which began to receive patients on March 30, 2020, have the ability to absorb about 90% of the load in case of an earthquake so the hospital can still provide uninterrupted care in the event of a disaster. The hospital, which during normal periods has a capacity of 750 beds, is in use with 600 beds, 99 of which are allocated to the intensive care unit (ICU) due to the outbreak. Marmara University Pendik Training and Research Hospital Başıbüyük Additional Service Building came into service on April 8, 2020, in Istanbul. The hospital has a closed area of 113,000 square meters and hosts 535 patient beds, 62 emergency room observation beds, 29 operating rooms, 60 adult intensive care beds with Level 3 ventilators, nine intensive care isolation rooms and 195 outpatient rooms. Erzurum City Hospital, located in the country’s eastern province of Erzurum and one of the most important health projects in eastern Anatolia and considered the region’s health base, was established on an area of 400,000 square meters and was opened on May 18, 2020. The city hospital has a total of 914 patient rooms, of which 786 are single and 128 double.

Bilecik State Hospital in the eponymous western province began to receive patients on Sept. 6, 2020, and has 87 outpatient clinics, 11 operating rooms built to international standards and a total of 44 intensive care beds, including 27 for adults and 17 for newborns. Konya City Hospital, located in central province of Konya, opened on Oct. 2, 2020, and has a total of 1,250 beds, 256 of which are intensive care, 108 emergency and 30 allocated for dialysis. The hospital, which has 380 outpatient clinics and 49 operating rooms, has 73 imaging rooms, 442 single beds, 272 two-bed rooms as well as eight suites. Tekirdağ İsmail Fehmi Cumalioğlu City Hospital in the country’s northwestern region was inaugurated on Nov. 13, 2020, and has 566 beds, 124 outpatient clinics, 18 operating rooms, and 102 intensive care beds. Lefkoşa Emergency Hospital, built by the Health Ministry on 20,000 square meters of land in the TRNC, opened on Nov. 15, 2020. The hospital, which has a closed area of about 14,000 square meters, has 24 intensive care beds, 64 patient beds in single rooms, 12 emergency observation beds with a total of 100 beds and six operating rooms. In its new building, Bayburt State Hospital, which began admitting patients on Nov. 30, 2020, in the northeastern province, has a capacity of 200 beds. Giresun University Training and Research Hospital in Black Sea region opened on Dec. 7, 2020, with a total capacity of 350 beds. Batman Training and Research Hospital with a capacity of 810 beds, which was inaugurated on Dec. 16, 2020, was built on an area of 90,000 square meters in the eponymous southeastern province. The hospital has 18 operating rooms and 130 intensive care beds.

Health Ministry data shows that a total of 678 hospitals were built in the country in 2003-2020. In March-November 2020, during the fight against the pandemic, 12,350 beds were added to the country’s total patient capacity, including 4,830 in newly opened medical facilities, 4,286 in additional service buildings, 1,462 in medical facilities that moved to new buildings and 1,772 in existing hospitals. During the same period, 3,427 beds were added to intensive care units of which 3,144 were for adults, 125 for children and 158 for newborns under COVID-19 measures.

The construction of another 54 hospitals is expected to be completed this year.

City hospitals, which bring together a cluster of different hospitals under one roof in densely populated areas, are the flagship of hospital reforms in the country. With their high staff numbers and state-of-the-art facilities offering free treatment, they helped the country cope with a barrage of cases. Currently, 17 city hospitals serve across the country. The city hospital project is part of the government’s goal to increase bed capacity and address a shortage of doctors in cities with a high population density. They are mainly located in suburban areas and are operated on a private-public partnership model. They are leased to private companies, and the government pays a fee for medical imaging, laboratories, security, maintenance and health care workers’ salaries.