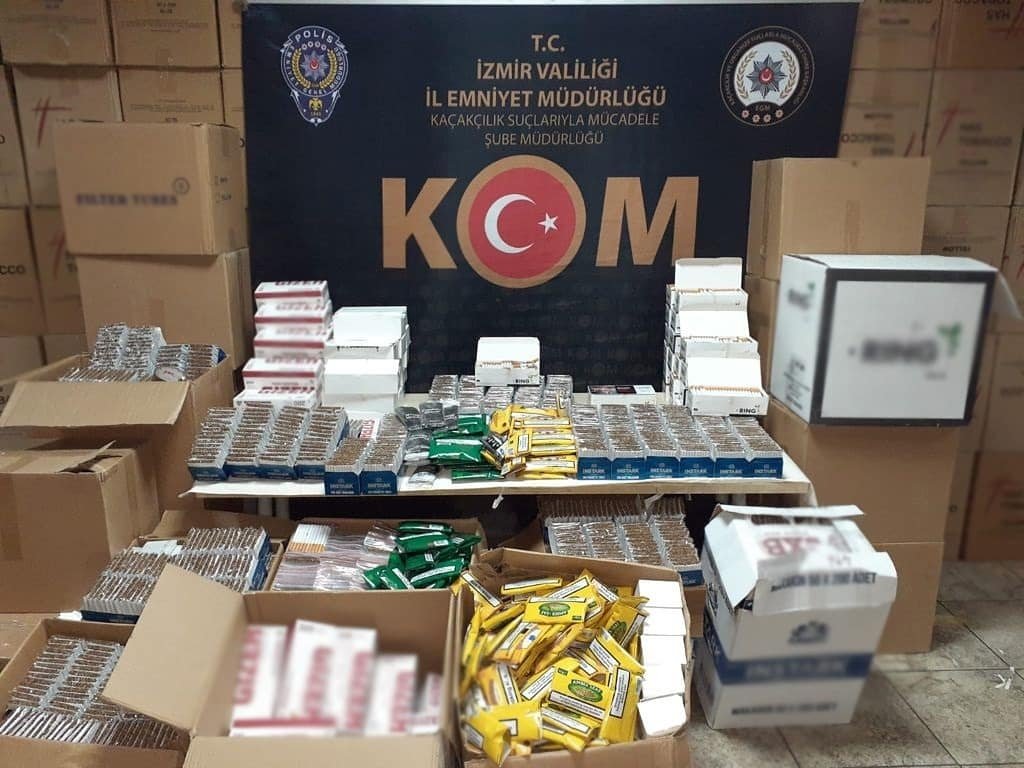 Resuming its anti-tobacco drive that has been ongoing for over a decade, Turkey recently stepped up efforts to stop the illegal sale of tobacco products, which are in high demand due to heavy taxes on cigarettes. The total amount of tobacco seized by authorities in 2020 increased by 350% compared to the previous year, according to official data released Friday.

Tax on cigarettes for the first six months of 2021 is set at 63% and the new tax rate will be announced in June.

However, following the tax regulations, a step in Turkey's fight against smoking, many people started smoking cheaper illegal tobacco.

The government has increased its fight against the illegal tobacco trade, especially in the last year.

The legislation on the imprisonment of those who sell and ship tobacco illegally came into force on July 1, 2020. Measures to counter the illegal tobacco trade also were put back on the agenda.

In 2019 some122 tons of illegal tobacco was seized compared to over 416 tons in 2020, which represents a nearly four-fold increase, according to Ministry of Trade data.

Those caught participating in the illegal tobacco trade will receive penalties as of July 2021.

Apart from the health damage caused by tobacco, its illicit trade also causes other damages, one of which is tax loss.

In 2016, the number of tobacco shops selling illegal tobacco that could not be taxed stood at around 6,000. By the end of 2020, this number has increased to 20,000. Even a 1% rate transferred from the illegal market to the legal market equates to TL 750 million ($90.4 million) being diverted to the state.