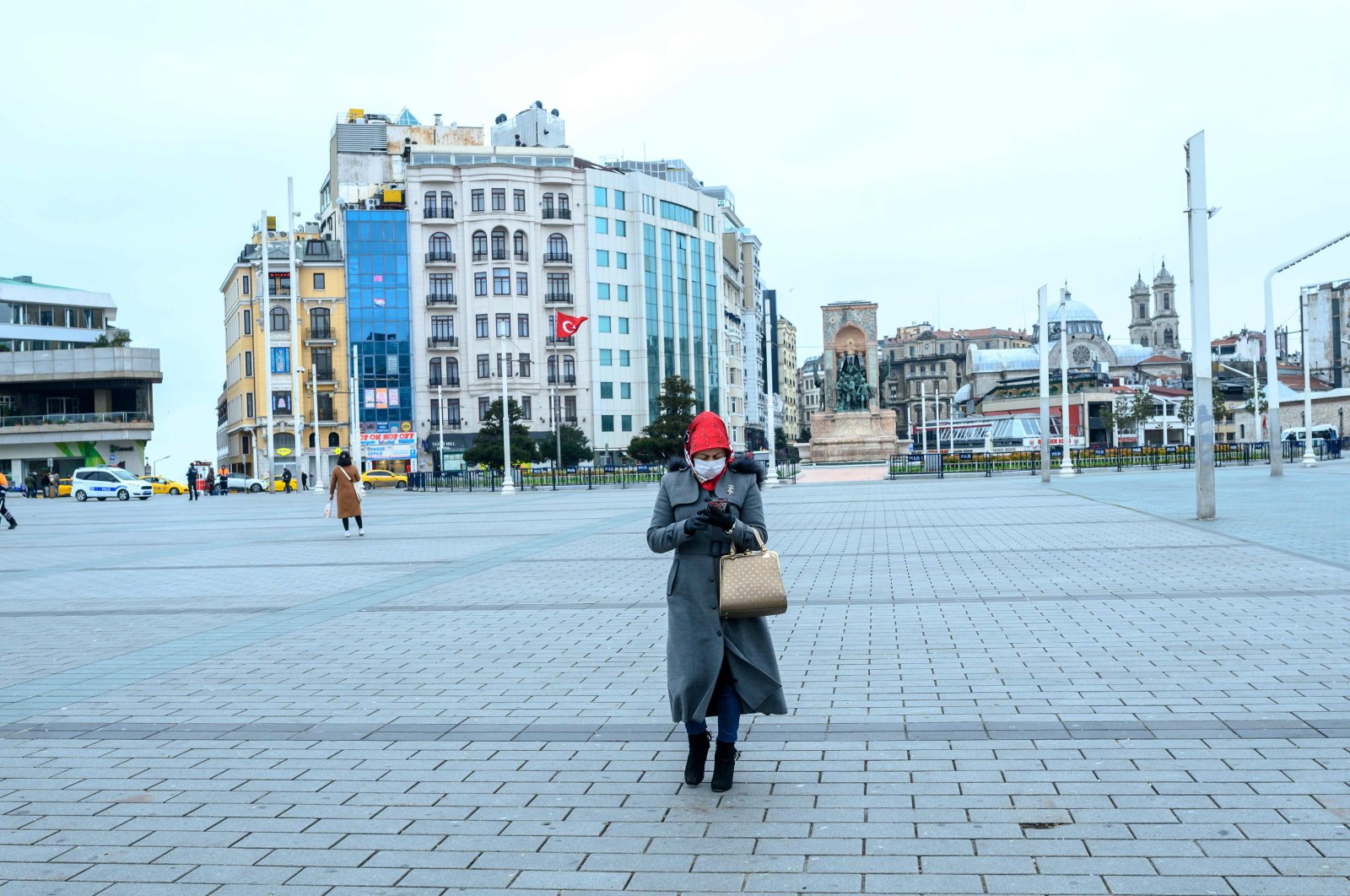 April was the cruelest month for poet T.S. Eliot, and this line, taken out of context, may ring true for Turkey amid the coronavirus outbreak. Experts warn that the next two weeks will be critical for the country embattled by mounting cases, and the virus trends will ultimately depend on measures taken and how the public will comply with them. They could peak, far above the current death toll of 75 people, as the rest of the world also sees an unprecedented surge in deaths. Yet, Turkey could also see a lower death toll compared to other countries, as most people arriving from abroad are quarantined and flights to most countries were suspended. As Health Minister Fahrettin Koca recently pointed out, Turkey is now dealing mainly with COVID-19 patients who were infected due to contact with those arriving from other countries with coronavirus in their system.

Coronavirus cases in the country have jumped to 3,629, Koca confirmed Thursday. “Out of 7,286 tests, 1,196 tests have returned positive,” he added, pointing to a single-day spike. “The patients and their surroundings have been isolated. Today, we lost another 16 patients,” he said. Urging citizens to abide by the precaution guidelines, he underlined the importance of living with zero risks and staying home.

Speaking to Sabah newspaper, associate professor Ümit Savaşçı, a prominent infectious diseases expert, said based on the course of the virus' spread in Europe, cases will peak in the next two weeks in Turkey.

“We could see a spike in cases, doubling or more. There might be an increase especially in cases in big cities,” he warned.

Savaşçı, like the government and other medical experts, called on the public not to leave home if possible. “We believe the number of cases will drop within the next two or three months, but this depends on implementing measures and compliance with them. You see what happened in Italy, where the measures are not implemented. But the strict measures in Turkey give us hope. If people comply with them, we will overcome this situation with the minimum damage,” he said.

Professor Serhat Ünal of Hacettepe University, another expert, said the next two weeks are “strategic” in tackling the crisis. He noted that there are recovering patients, but people should be careful “about the coming days.”

Professor Recep Öztürk of Medipol University’s School of Medicine said Turkey would overcome the outbreak if it follows the instructions of the Coronavirus Science Board set up by the Health Ministry. “If we don’t comply, the risk is there. It is up to us, up to you, to reduce the risk. If we stay home, we will go through the critical threshold faster,” he said.

Professor Ateş Kara of Hacettepe University, who also serves as a member of the Coronavirus Science Board, points out that the vaccine would not be available for a long time. “It would be optimistic to say that it would be ready at least nine months later. So, we have to make our plans with the scenario of not having a vaccine in the coming months. The genuine protection for now is preventing people from coming together,” he told Sabah newspaper.

Turkey has in recent weeks closed most public spaces, schools and universities, and restricted public transport. It also imposed a curfew over the weekend for people aged 65 or over and for those with chronic illnesses. In Istanbul, people aged 65 or over with no financial means will receive home-delivered food packages, Gov. Ali Yerlikaya said Friday. The campaign, starting on Monday, covers nearly 50,000 people and will last for six weeks.

Stalls at local bazaars and marketplaces have to keep at least 3 meters of distance between each other and are not allowed to sell nonessential items, including clothing, the Interior Ministry announced late Thursday. All food must be sold packaged.

In some cities and towns, police officers started thermal screening for people arriving from out of town at checkpoints. In a bid to raise awareness, traffic lights in most cities now flash with messages urging people to stay home.

Authorities also plan to ramp up the number of tests to more than 10,000 in the coming days. Test kits giving fast results enable health care staff to get results in one and a half hours. Turkey’s ultimate aim is to carry out 50,000 tests per day.

Deputy Foreign Minister Yavuz Selim Kıran on Friday announced that at least 50 Turkish expats in eight countries have died of COVID-19. Speaking at the opening ceremony of the Foreign Ministry's Coordination and Support Center, Kıran also said at least 151 Turkish citizens abroad have tested positive, adding that the ministry is closely monitoring their situation. The center, established as part of measures to fight COVID-19, aims to provide service to citizens 24 hours a day. Kıran noted that the Foreign Ministry has received more than 35,000 queries already. Previously, Foreign Minister Mevlüt Çavuşoğlu also said Turkish consulates are available 24/7 to answer any queries from Turkish expats. Kıran said nearly 15,000 Turkish citizens have been brought back home. "As of today, we have brought back nearly 15,000 citizens with the information received from 45 different countries and all have been quarantined. This is a huge success," he added. Turkey received requests for medical supplies from 77 countries, he stressed, noting that Turkey was able to respond to 20 of those countries.

A small town in northern Turkey and four villages around it were placed under quarantine after a patient with COVID-19 died there. Local health authorities announced on Friday that a quarantine was declared to prevent potential coronavirus cases. The statement by the Health Directorate of Rize, the province where the town of Kendirli is located, did not cite any deaths, but local media outlets reported that a 65-year-old man with a lung condition had died of the virus on Friday, one week after he was diagnosed.

Authorities said no one will be allowed in or out of Kendirli or the villages of Yeni Selimiye, Beştepe, Esentepe and Maltepe. “All locals with symptoms will undergo health checks and anyone with symptoms will either be placed in self-isolation at home or taken to hospitals. All businesses, from bakeries to groceries, will be inspected,” the statement by Health Directorate said. A curfew was also imposed in Kendirli and the villages.