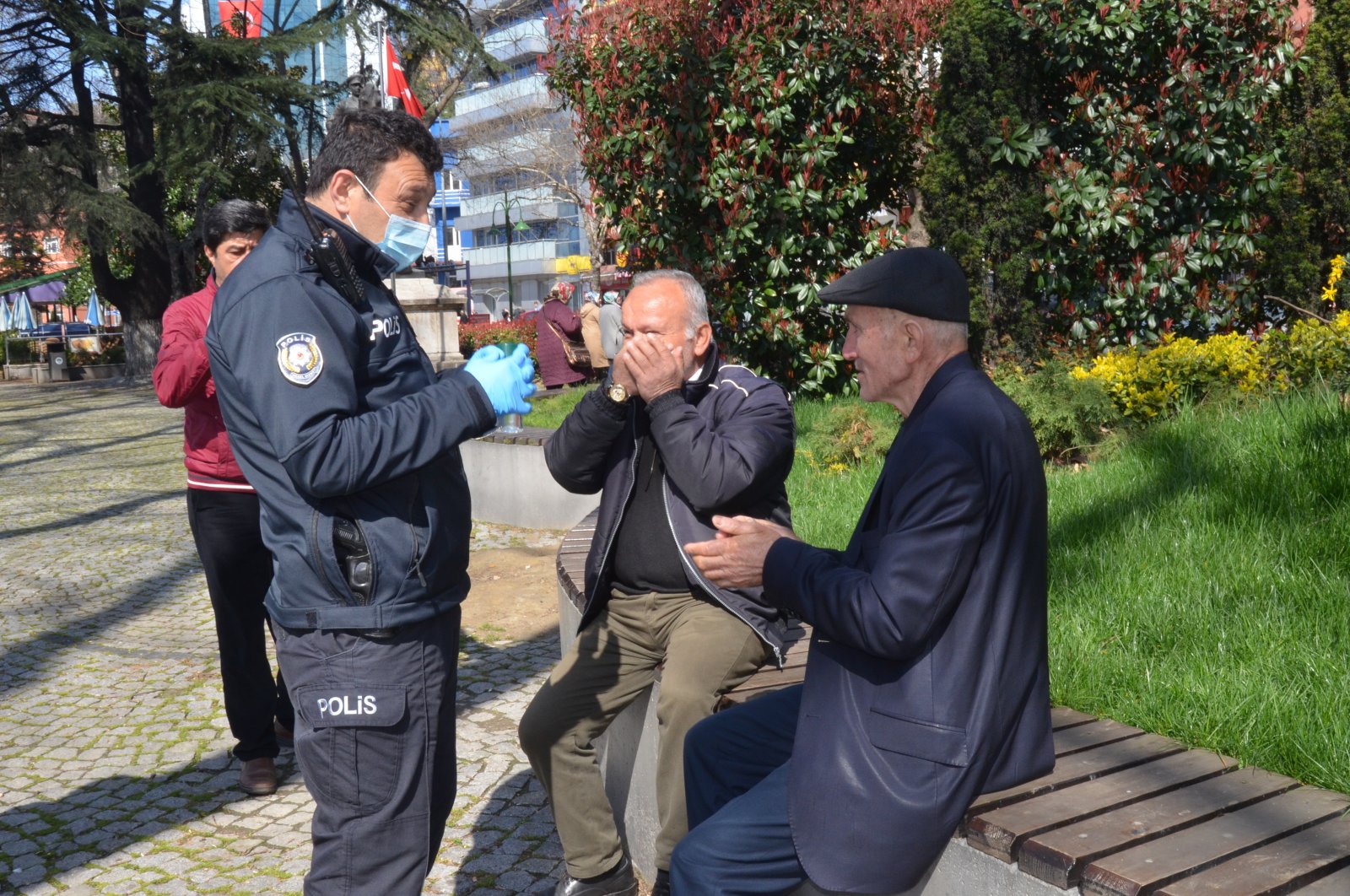 Police officer in Turkey's Zongulak offers elderly Turkish cologne and tells them that they are supposed to be at home, offers ride home, March 21, 2020. (IHA Photo)
by Daily Sabah with Wires Mar 21, 2020 7:20 pm
RECOMMENDED

Turkey’s Interior Ministry announced Saturday a curfew for elderly people aged 65 and up and people with chronic diseases starting at midnight. In a tweet published on the official account, the Ministry calls on the elderly and chronically ill to stay indoors.

Elderly and people of any age with underlying medical conditions are more vulnerable to the potentially deadly disease sweeping across the globe.

In a separate statement, the Ministry said that especially the elderly that are living on their own will be taken care of by the governorate of their providence. If any kind of need should arise they will be able to contact the police, gendarmerie and health services

“It is of utmost importance for all our citizens to comply with the measures taken to halt the epidemic as soon as possible,” the statement added.

Turkey’s officials had called to stay at home unless it is necessary but many Turks ignored this, which then prompted an uproar on social media.

Images shared on social media and local TVs showed many, including the elderly, rushing to public parks and the seaside to enjoy a sunny Saturday.

Addressing this issue the Ministry said that this behavior of going out to public places even though it is not mandated prompted this latest measure.

This is the latest of several measures against the spread of the COVID-19 virus. On Saturday Turkey suspended flights with 46 countries, as well as banning picnics and barbecues. Apart from that barbers and hairdressers will be closed until further notice. The measures come in light of the cases increasing in the past week. Though it is expected that the number of cases now almost double on a daily basis as more people get tested.