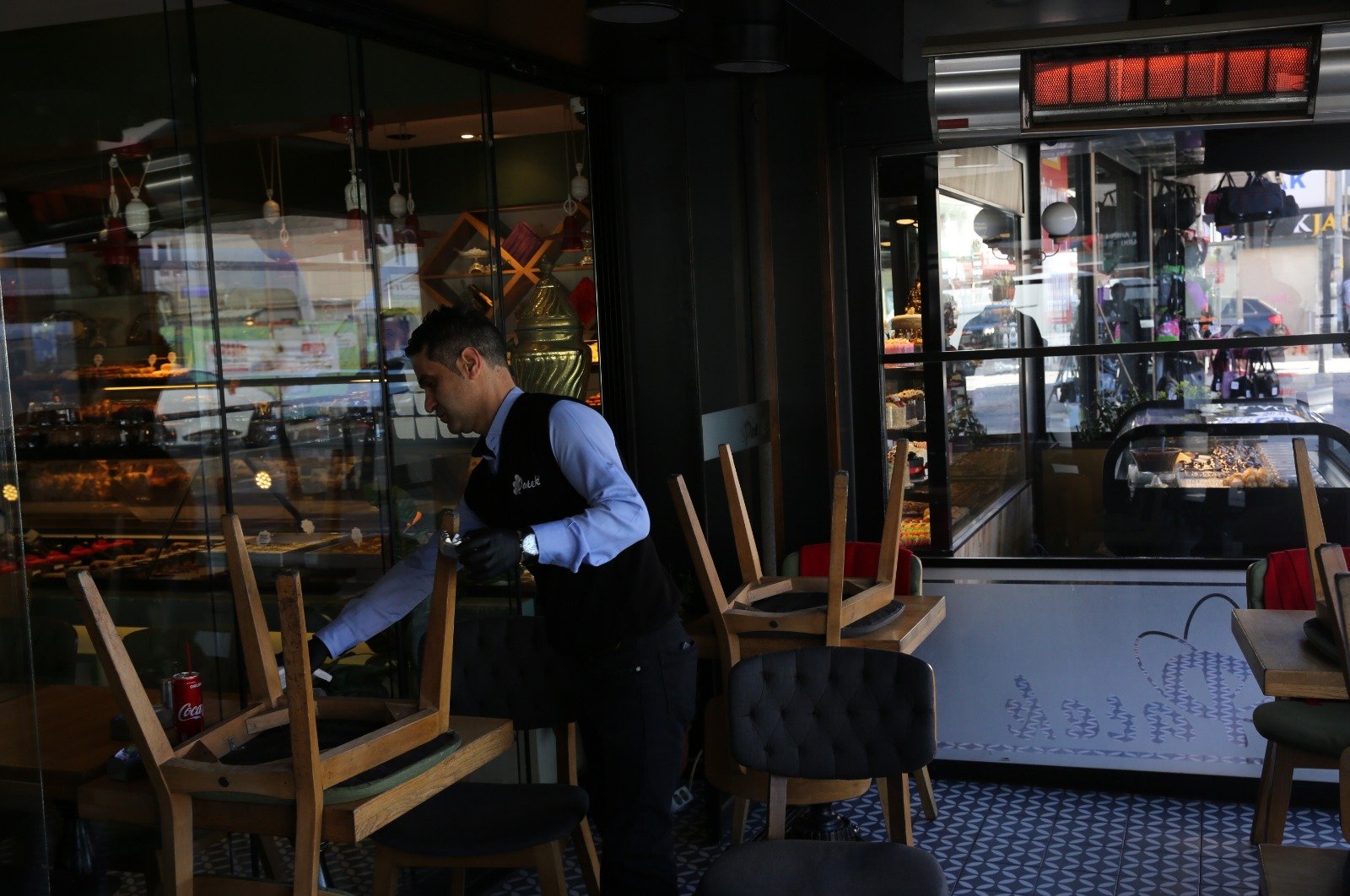 Turkey rolled out a new series of recommendations for restaurants Thursday, in order to prevent further spread of coronavirus.

New precautions implemented by the Ministry of Health and the Scientific Committee include increasing the distance between the tables in restaurants to more than 1 meter, preferably 2 meters.

Windows in rooms and other closed areas will be open during routine cleaning and will be ventilated for at least one hour after cleaning, according to the ministry.

Particular attention will be paid to cleaning surfaces that are frequently touched, such as door handles, handrails, buttons, telephone handsets, toilets and sinks in common areas.

Common items such as glasses and plates will be washed with water and detergent after each use and will be stored in a clean environment.

Restaurant staff will pay attention to keeping hands clean. Hands will be washed with soap and water for at least 20 seconds, and alcohol-based hand sanitizers will be used in the absence of soap and water.

Personnel with any signs of a respiratory infection such as fever, cough or respiratory distress will be asked to leave until they feel better.

Recently, Health Minister Fahrettin Koca said that in case of a dire situation, more measures, like the closure of shopping malls and restaurants, as well as a reduction in working hours at supermarkets, may follow.

Koca said an increase in infection rates could be tied to several factors, from temperature and humidity to transmission in crowded areas, noting that the shutting down of schools has helped prevent a wider outbreak.

According to him, the state is doing everything possible to prevent a surge in cases, but now it is up to the public.

“We have to keep a meter apart in crowded places, we should not go out as much and we should be in self-isolation for 14 days if we have just returned from abroad. Those returning from abroad should wear masks if they have to go out,” he said.

Turkey faced its first case last week in a man who had returned from Europe. The patient was isolated and his family and those who came in contact with him were closely monitored.

After one week the country saw its first victim, an 89-year-old man.

The number of coronavirus cases in Turkey has now jumped to 191, with 93 new diagnoses on Wednesday. Koca also reported a second death from COVID-19 on his social media account.