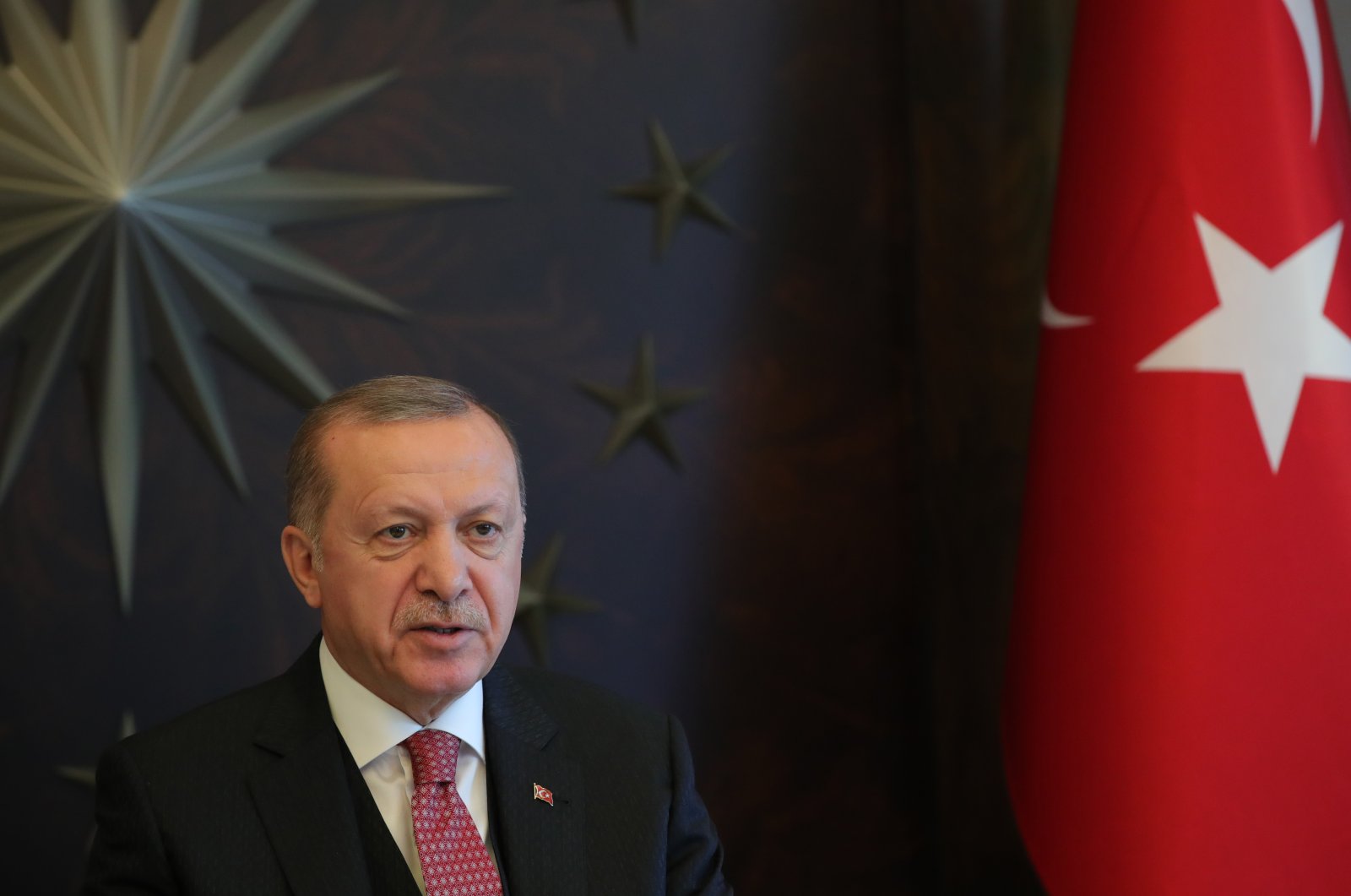 Announcing the "We are self-sufficient, Turkey" campaign, Erdoğan said he was donating seven months of his salary as a way to kick start the fundraiser and added that several ministers have already joined as well.

“Our goal is to help those financially struggling, especially daily wage workers, due to the precautions taken against the outbreak,” Erdoğan said.

The president also called on all lawmakers, mayors and bureaucrats to contribute to the campaign. He also urged citizens planning to donate during the Muslim holy month of Ramadan to do so in advance.

Speaking about precautions against the COVID-19 pandemic, Erdoğan said Turkey was among the most prepared countries.

The president said from masks to medicine, Turkey was in a place to produce its own supplies needed in the fight against the pandemic.

“We have so far distributed more than 24 million surgical masks, 3 million N-95 masks, 1 million gowns and 181,000 protective eyewear. We also have the means to increase the production rate of these materials,” he said.

“We will continue taking any necessary precautions to preserve our health and safety,” he said as he once again urged all citizens to practice social distancing and avoid going outside their homes.

“Let’s obey the rules and not get careless. No virus is stronger than our solidarity," the president said.

The president also said Turkey planned to send a cargo plane load of medical supplies to Spain to help the country combat the virus this week.

Erdoğan made his national address after he convened a historic Cabinet meeting via teleconference, in line with social distancing measures to fight the virus. It was the first Cabinet meeting held via videoconference in Turkish history.

The number of people diagnosed with COVID-19 in Turkey increased to 10,827 on Monday, while the death toll reached 168, Health Minister Fahrettin Koca said.

In recent weeks, Turkey has closed most public spaces, schools and universities, and restricted public transport. It also imposed a 24-hour curfew for people aged 65 or over as well as for those with chronic illnesses. In Istanbul, people aged 65 or over with no financial means will receive food packages at their homes, Gov. Ali Yerlikaya said Friday. The campaign, which started March 23, covers nearly 50,000 people and will last for six weeks.