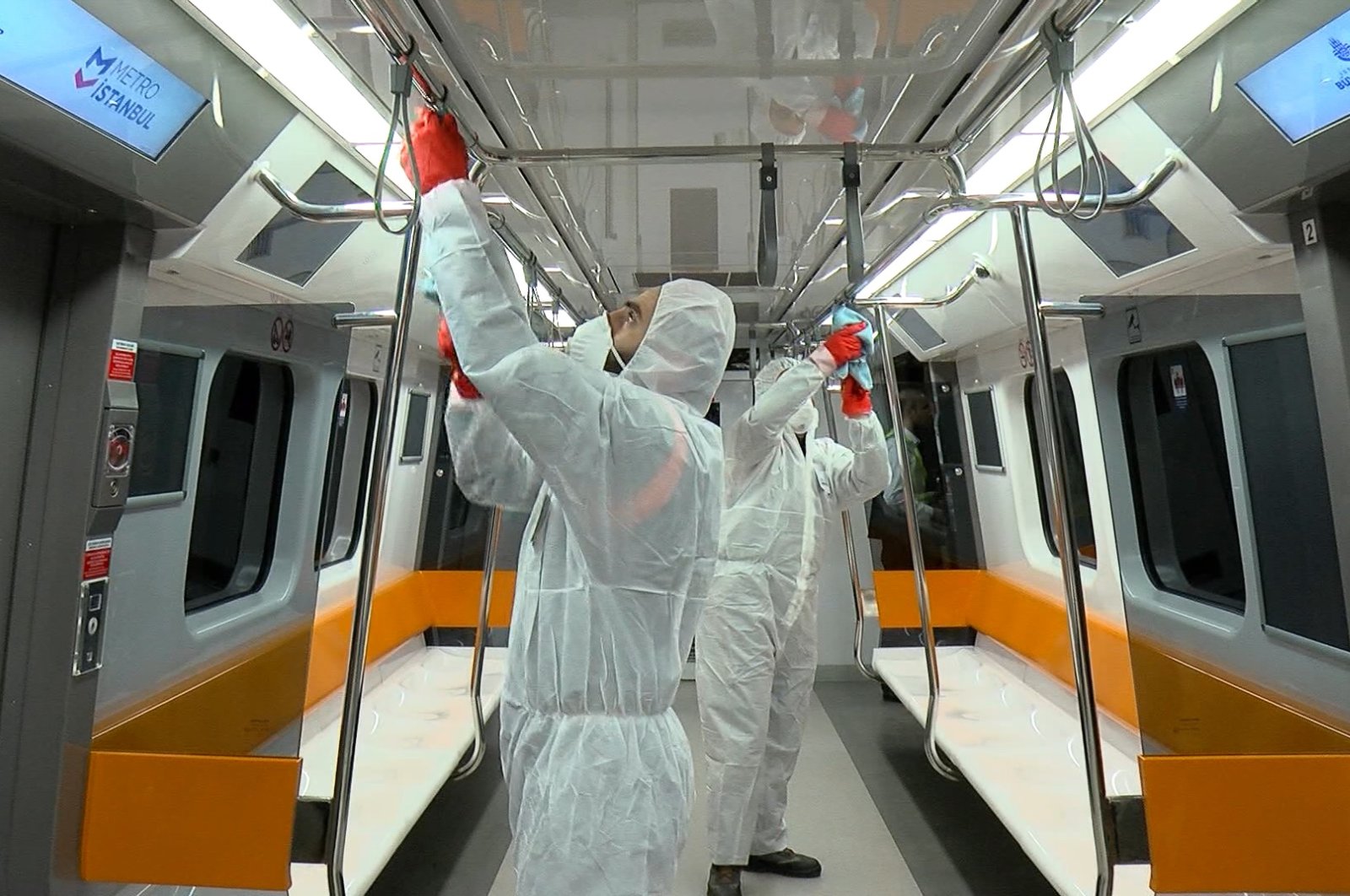 As Turkey has managed to keep the coronavirus at bay while the nation's neighboring countries have reported confirmed cases one by one, more than two dozen nations have contacted Ankara for information-sharing and cooperation on the fight against and prevention of the deadly virus, Anadolu Agency (AA) said Saturday.

According to AA, 26 countries contacted Turkish authorities via their embassies in Ankara or through their health ministries to request consultations on Turkey's experience in containing the virus. The agency said the list of countries included some of the hardest-hit nations, including Italy, Iran and South Korea.

The requests for help came as Turkey appeared seemingly untouched by the virus, which has been sighted in most of its neighbors and especially wreaked havoc on its eastern neighbor, Iran, where the virus has killed 194 people so far.

But it has not been luck or a coincidence that Turkey has so far managed to stop the virus from crossing into its borders. It had to do more with the early realization by the authorities of a global-scale threat, while their counterparts across the world were slow to react.

During the initial phase of the outbreak, when just a handful of countries started reporting their first confirmed cases of the COVID-19, Turkey was among the few countries to implement thermal screenings at its borders.

In January, the health ministry installed the first three thermal cameras at the Istanbul Airport, the nation's gateway to the world, where millions of travelers are welcomed or transit through to their destinations.

The precautions did not rely on thermal screenings alone. The ministry then decided to subject any passengers coming in from China to additional screenings and quarantine anyone showing the symptoms of the coronavirus infection. The screenings were later expanded to include countries that reported a high number of confirmed cases.

After it was apparent that the virus was on route to become a pandemic, the ministry expanded the use of thermal cameras and additional screenings to all border gates, making a close inspection of any passengers that had a high fever or a bad cough.

The outbreak of the virus in Iran is one of the deadliest outside of China, where the disease originated.

Iran's health ministry on Sunday reported 49 new deaths from the novel coronavirus, the highest toll within 24 hours since the start of the outbreak in the country.

"At least 194 of our compatriots who fell sick with the COVID-19 illness have passed away," Iran health ministry spokesman Kianoush Jahanpour said in a televised news conference.

Jahanpour added that 743 new infections were also confirmed within the past 24 hours, bringing the number of cases to 6,566 spread across all of Iran's 31 provinces.

With 1,805 infections, the capital Tehran remains the province with the most cases, the spokesman added.

But the situation in other provinces continued to deteriorate, with Jahanpour saying 685 cases were detected in and around Qom, the holy Shiite city south of Tehran where the country's first cases were reported.

Iran has been scrambling to contain the spread of the virus, closing schools and universities until the end of the Iranian new year celebrations and holidays in early April, a period when people typically travel and visit family. No official widescale quarantine measures have been enforced but several provinces have announced they would not provide lodging for tourists in an effort to dissuade travel.

Before the situation worsened in Iran, Turkish authorities in February began gradually ramping up precautions at four border gates between the nations. But the increasing number of deaths and confirmed cases prompted authorities to take more dramatic actions.

In the following days, the Turkish health ministry initially decided to automatically place any visitors who have been to Qom or Mashhad, two Iranian cities with the highest number of reported cases, in quarantine.

But soon after, the authorities opted for even more drastic action and decided to close all border gates with Iran and halt all flights between the two countries.

Following the decision, Turkey brought a number of its citizens home from Iran on a specially arranged evacuation flight. The 142 people on board, including crew members, were all placed under quarantine in the capital Ankara after they were brought on board.

The ministry also established field hospitals near the Iraq and Iran borders to provide assistance to any returning citizens.

“The risk is here, at our doorstep. We saw it spread in the region, in Iraq, Israel and Lebanon, from its hotbed in Qom, Iran. We have to confront it so it won’t spread across our borders,” Health Minister Fahrettin Koca said in February, shortly after Turkey's decision to close borders.

While all the border crossings and international airports were placed under strict control, Turkish authorities understood the possibility of an infected person still entering the country undetected, as the virus could have an incubation period of up to 14 days without the patient showing any symptoms.

In Istanbul, the municipality decided to install hand sanitizers at stations of metrobuses, an exclusive-lane bus line stretching between the far corners of the city’s Asian and European sides. Sanitizers are being installed at 44 metrobus stops. The line carries thousands of passengers every day and is the most popular means of transit, especially during rush hours.

The Ministry of National Education also announced that they were using special disinfectants to keep schools clean against the virus threat. Minister Ziya Selçuk said that every surface open to contact at the schools is being sanitized, noting that vocational schools producing 100 tons of disinfectants daily supply the disinfectants for schools.

Selçuk said teachers have already informed students on how to protect themselves from viruses and asked parents to repeatedly remind children of hygiene rules and keep them away from “closed, crowded areas.”

The chairman of Turkey’s flagship carrier Turkish Airlines (THY), İlker Aycı, told reporters that the airline is regularly disinfecting planes “based on efficient, scientific disinfection methods,” and disinfection covers both flights to Asia and 26 other countries viewed as posing risk in terms of the virus' spread.

The report said Azerbaijan, Djibouti, Japan, Kyrgyzstan, Qatar, Turkmenistan and Vietnam were in talks with International Health Services Inc. (USHAŞ), a subsidiary of Turkey's health ministry, about purchasing the kits.

Developed with all-local means and resources, the kits give results in 90 to 120 minutes. Introduced in early February, the testing kit has an accuracy rate of 99.6%, according to the ministry.