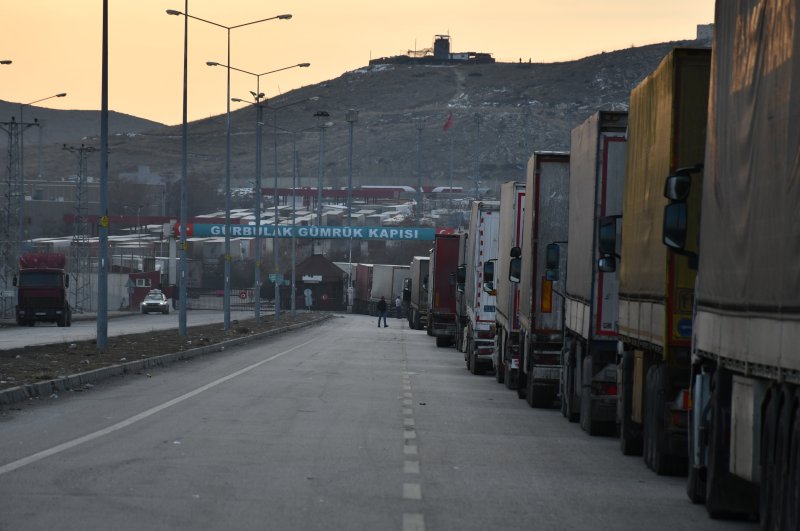 Railway services and a number of flights between Turkey and Iran have been suspended in light of new novel coronavirus cases in the latter. Meanwhile, truck drivers anxiously await the reopening of the border crossings between both countries, as they are currently temporarily stranded.

Railway authority Turkish State Railways (TCDD) announced on Monday that train services between the two neighbors, including the Trans-Asia Express as well as various Van-Tehran passenger lines and freight trains would be temporarily halted as of Sunday.

Turkish Airlines also announced the suspension of certain flights between the two countries until Feb. 27. The flagship carrier canceled flights to Iran’s Isfahan, Mashhad, Shiraz and Tabriz and reduced flights to Tehran to just two. Only Turkish passengers will be allowed on flights from Iran.

Iranian officials announced on Monday that 12 deaths have been recorded nationwide from the novel coronavirus, while total infections have risen to 61. Iran first officially reported cases of the virus and its first deaths on Feb. 19.

On Sunday, Turkey announced the closure of four land border crossings with Iran. Before the closure of the border crossings, Turkey had already intensified precautions at the border. Authorities in Van, a popular destination for Iranian tourists in eastern Turkey, installed thermal cameras at the Kapıköy border crossing on Thursday, while border officers in contact with visitors were ordered to wear protective gear. Measures came amid an influx of Iranian tourists to the province of Van, which shares Turkey's longest border with the country, ahead of next month's Nowruz holiday.

Sudden closures led to queues at borders as Iranian nationals traveling home and trucks carrying goods were stranded on the border. Turkish drivers using Iranian routes for the transit of goods to Central Asian countries were also affected. “I have been here for three days and customs officials say I can wait for another 15 days,” Ömer Ortaç, a Turkish truck driver carrying construction equipment to Kazakhstan, told Demirören News Agency (DHA) on Monday.