Turkey marks a muted but joyous anniversary of the republic 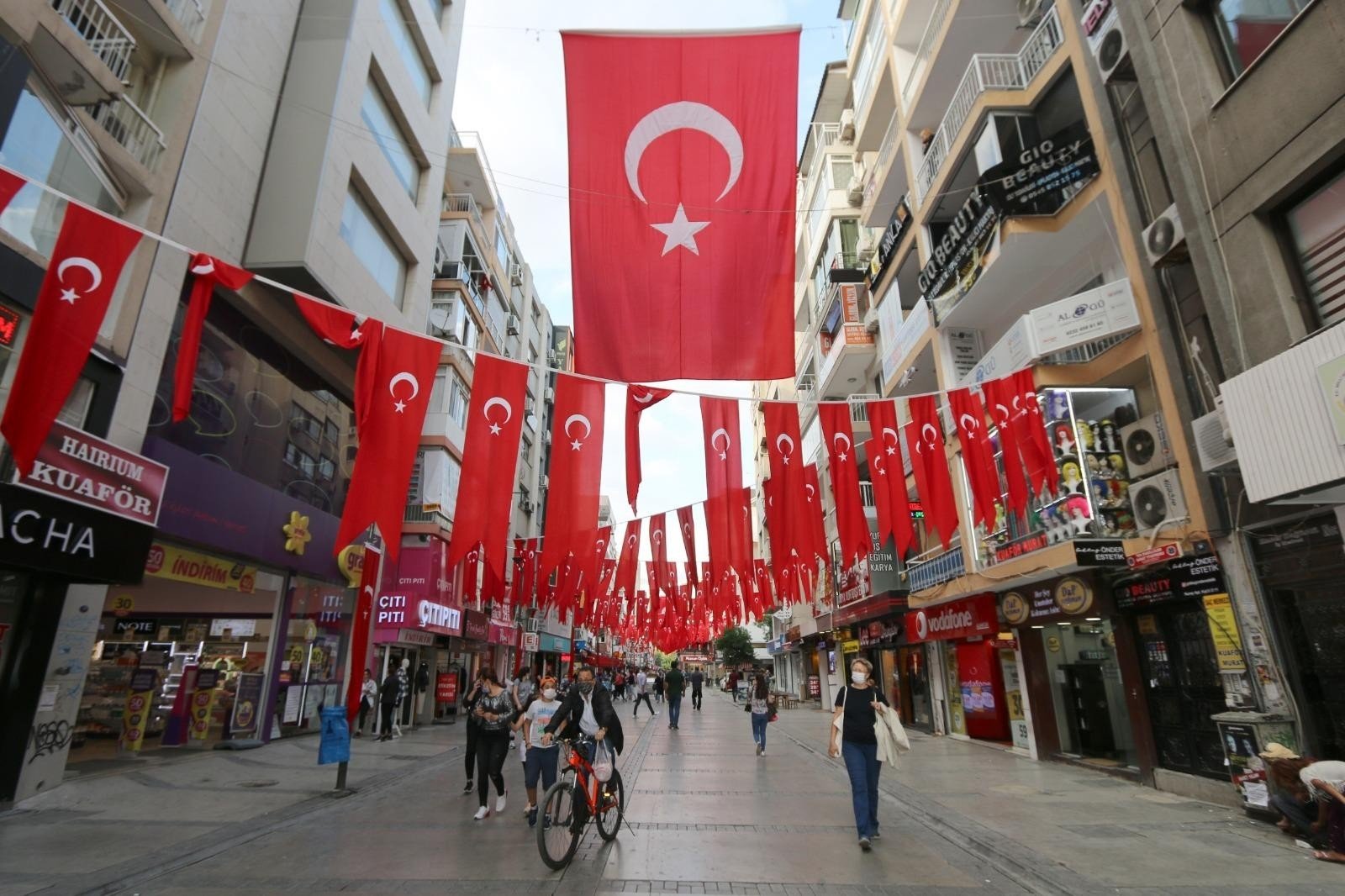 With mandatory masks and social distancing, Turkey is set to celebrate Republic Day a bit differently on Thursday amid the coronavirus pandemic. Yet national fervor prevails, with Turkish flags and posters of the republic's founder Mustafa Kemal Atatürk adorning the streets.

The 97th anniversary of the republic, established after a victory for independence, will be celebrated with a series of events across the country from concerts to dance performances, light shows, exhibitions and conferences. The authorities warned against large crowds and have called for small-scale celebrations.

Issuing a video message for the occasion on Wednesday, President Recep Tayyip Erdoğan said Turkey was determined to achieve its goal, with the spirit and will of the founders of the republic who "spoiled the plans of occupiers," he said.

Commemorating Atatürk and the heroes of the War of Independence, Erdoğan said Turkey overcame many obstacles from coups to terrorism in its struggle for democracy and development. "Our nation, which was united in the fight for independence ahead of the foundation of the republic, is now building a future in harmony, together. But when we are closer to our goals, attacks against our country increase in number and intensity," the president said.

The day celebrates when Parliament amended the constitution to change the system of government to a republic. It concluded the four-year independence war against several countries, including World War I allies Great Britain, France, Italy and Greece, and officially marked the end of the Ottoman Empire. Atatürk was elected as the first president and Republic Day has been celebrated since 1925.

Exhausted by war, the founding of the republic meant the end of more than a decade of violence for the country.

Atatürk was the de facto leader of Turkey or what was left of it after the Ottoman Empire was defeated in World War I, and it was he who led the war of independence against invading powers. Setting up an alternative government in Ankara, far from the Ottoman seat occupied by foreign forces, Atatürk sought to create a more democratic regime.

"Gentlemen, we will proclaim the republic tomorrow!" he is famously quoted as telling his close circle one day before the proclamation on Oct. 29, 1923. A vote at the Grand National Assembly followed and Atatürk was elected the first president of the republic by unanimous vote. Building upon the legacy of a semi-parliamentarian system in the last years of the Ottoman Empire, the new republic introduced wider democracy to the country and Atatürk is hailed as the great statesman credited with rebuilding a devastated country with new ideals.