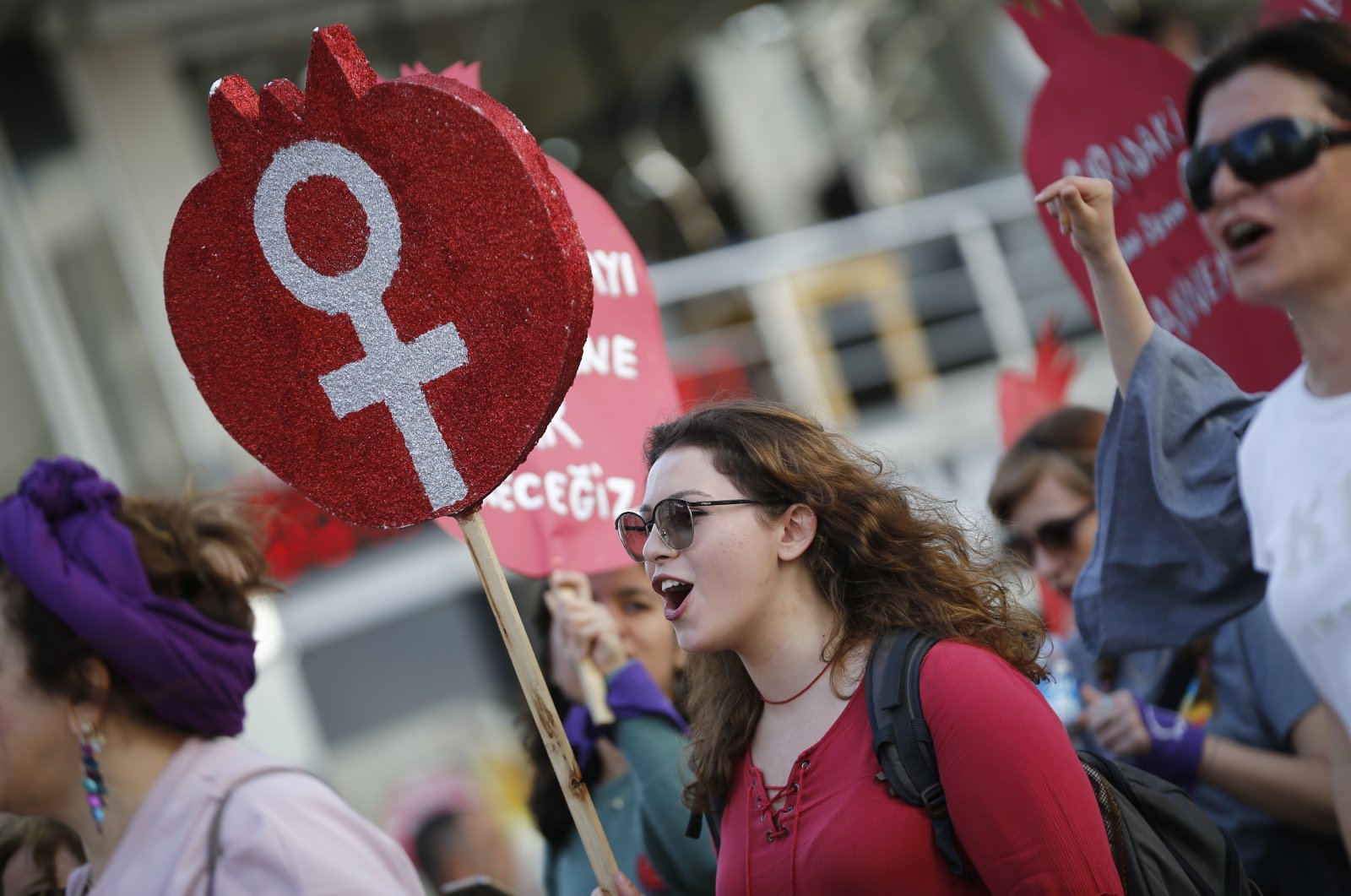 As the world is celebrating the importance of women in society, their rights and victories in historic struggles against inequality on International Women's Day, people in Turkey also marked this day with various events and celebrations.

Turkish politicians shared their own messages to mark the significance of the day with back-to-back statements from several prominent figures, congratulating women in Turkey and all around the world.

President Recep Tayyip Erdoğan in his congratulatory message called women “the first teacher of humanity,” who have a vital role in shaping our future with their sacrifices, efforts, love and struggle.

“On the occasion of March 8, International Women's Day, I wish God's mercy on our women who lost their lives as victims of violence. I wish patience to our martyrs who gave their loved ones, their children, their spouses, their fathers and their brothers to the land for the sake of their homeland. I remind you that there should be no discrimination between men and women in terms of fundamental rights and obligations. I greet all our citizens with my most heartfelt feelings,” he added.

Presidency Communications Director Fahrettin Altun through his Twitter account congratulated all women on March 8 and said that he hopes for a future where women’s freedom, public visibility and contribution will increase in all areas.

He added that all kinds of violence, exploitation, harassment, rape and abuse against women have to end.

Minister of Foreign Affairs Mevlüt Çavuşoğlu in his Twitter message wrote: “I sincerely congratulate the #WorldWomenDay of all women who represent love, sacrifice and compassion at every moment of life.”

Republican People's Party (CHP) head Kemal Kılıçdaroğlu also congratulated all women and expressed his belief that no one can fight for rights like women. “We will build a Turkey where there will be equality of opportunity and women in all areas of life will be strong and effective,” he wrote.

Istanbul Airport operator IGA congratulated all women passengers at the airport with gifts and flowers as part of International Women's Day. Women were also able to pass by the fast track at the security checkpoints free during the day.

A few rallies were held in cities across the country including Istanbul, Antalya and Muğla.

March 8 was declared a national holiday in Russia as a historical event incidentally leading to the February Revolution and the end of czarism and the Russian Empire. Since then, over the past 100 years, this day devoted to acknowledging women's achievements has become an official holiday in countries far and wide and is especially prevalent in countries such as Cuba, Uganda, Afghanistan and Vietnam.

While in Turkey, as is the case in the United States and most countries in Europe, International Women's Day is not a public holiday, it is celebrated widely by municipalities and in many workplaces as well as in countless concerts, dinners and conferences held throughout the country.

Ahead of International Women’s Day, state-run Turkish Statistical Institute (TurkStat) released its "Women In Statistics" survey which highlights how women fare in business, education and other fields. According to the released data, women are still getting paid less than men no matter how educated they are. Turkey, like the rest of the world, strives to close the pay gap between men and women, as well as to include more women in the workforce. Gender equality and affirmative action for women are high on the government's agenda. Erdoğan pledged in his party's manifesto to end "every tradition of the age of ignorance targeting women."

The Ministry of Family and Social Justice is already working to empower women with projects to improve gender equality for women, who have lagged behind men in every field, courtesy of a patriarchal mindset.

In recent years, the government rolled out a series of incentives for working women, from longer maternity leaves to financial support for daycare needs. Payments to grandparents caring for their grandchildren with working parents were also introduced.