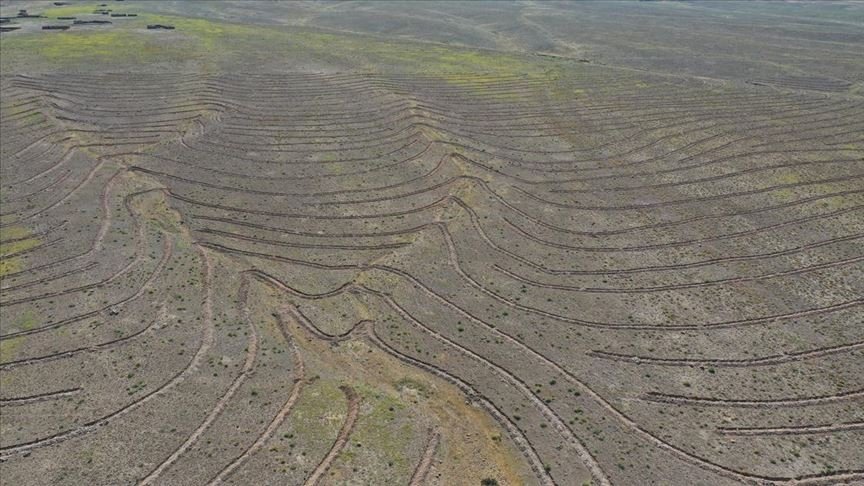 The government has stepped up the fight against soil erosion, an imminent risk to food supplies, with erosion control blankets and through sharing data with citizens to raise awareness on the grave issue

The Ministry of Agriculture and Forestry aims to decrease the amount of soil lost to erosion to 130 million tons yearly in the next three years as the country grapples with the serious phenomenon that threatens agriculture. Last year, 154 million tons of soil were lost to erosion.

The government has carried out a series of nationwide projects including concrete steps and training the public. They are all part of the “Action Plan Against Erosion” it implemented years ago for the preservation of soil, the sustainability of natural resources and food security. The plan includes planting, rehabilitation, erosion control and the restoration of pastures in an area of about 2 million hectares (4.9 million acres). The country also set up a Dynamic Erosion Model and Observation System to monitor the impact of water and wind on erosion. Sustainable land management training is also provided across the country to inform farmers.

The General Directorate of Forestry (OGM) of the ministry spearheads the efforts, and between 2013 and 2019, it maintained erosion control in an area of more than 530,000 hectares. OGM data shows that the erosion control work done in 56 years was lower than that done in the past 17 years. The amount of soil carried by erosion was about 500 million tons yearly in the 1970s, and this decreased to 154 million tons thanks to the strenuous efforts.

Control projects aim to lessen the amount of soil swept away by erosion while preserving upper layers of agricultural areas to increase crop yield, boost the economic life of dams, improve water quality and reduce casualties and damage to properties stemming from erosion-related factors.

The ministry developed software for monitoring the dynamic process, and the data collected by the software has helped update the Water Erosion Map of Turkey. The public has access to data through an e-government portal which will also provide data on avalanche risk starting in 2021.

Soil degradation poses one of the biggest threats to food security around the world. More than half of the soil worldwide is now classified as degraded, with approximately 1.5 billion people living on degraded land. This damage, largely the result of industrial farming practices, over-grazing and global warming, generates an enormous hidden cost for society. Along with climate change, erosion and degradation are tied to urbanization and rising populations.

As a country with a higher elevation of land in its immediate region, Turkey is at greater risk of erosion. Terracing and forestation are key to put an end to erosion or at least slow it down. Eventually, erosion leads to desertification, something worsened by incorrect crop cultivation and inefficient irrigation techniques where farmers drain the underwater resources necessary to keep the soil alive and safe from desertification.

Turkey also increased efforts for reforestation with the "Breath for the Future" campaign where people across the country joined tree planting on Nov. 11 for National Forestation Day. More than 3.8 million saplings were planted that day.

Officials say Turkey is among the countries most affected by the increase in nonarable lands and climate change, as it sits in a geographically challenging location sandwiched between different climates. More than half of Turkish soil has the characteristics of arid, semiarid and semihumid climates. Turkey's central and southeastern regions, known for vast flatlands and steep mountains, are particularly vulnerable to the risk of desertification.