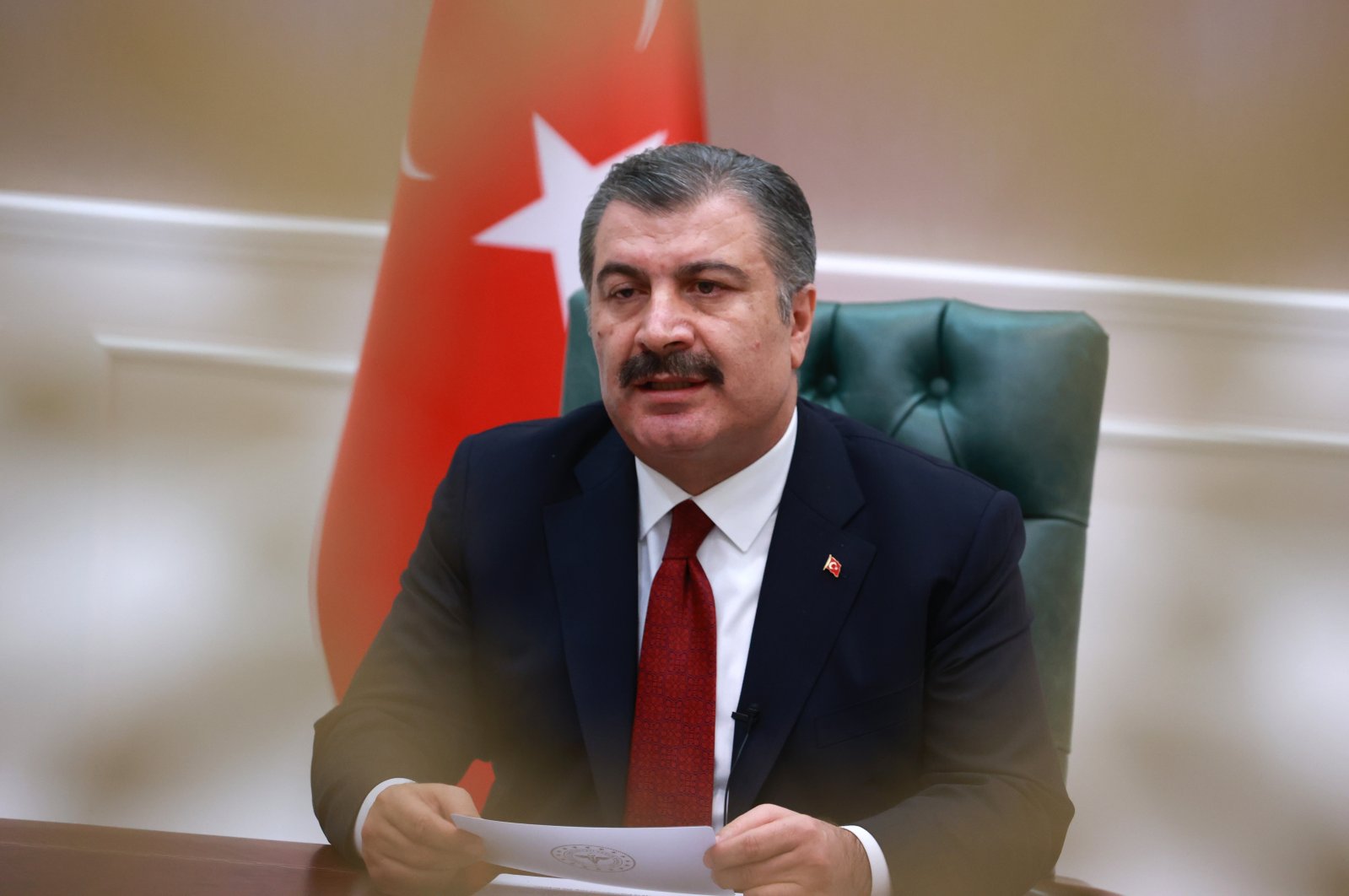 As Europe retreats indoors, Health Minister Fahrettin Koca ruled out the possibility of a lockdown in Turkey, placing faith in vaccines and individual protections in the new period

Health Minister Fahrettin Koca stated Tuesday that Turkey does not intend to implement any further lockdowns or closures to manage the pandemic's reach, instead placing "great importance on individual precautions ... particularly vaccinations," as he answered questions from the press after the Cabinet meeting at the Presidential Complex.

Europe is on the verge of another shutdown with many countries already announcing new lockdown measures. When asked about whether new restrictions and measures were on the agenda in Turkey, Koca stated that no such steps were planned.

"In the new period in Turkey, we do not plan to manage the pandemic with closures. In the new period, we attach great importance to personal precautions and especially vaccination," Koca said and added: "We think that it is very important for everyone to be vaccinated."

When asked about the progress of the antiviral pill, molnupiravir, which is set to be used to treat COVID-19 patients, Koca noted that many drugs were used during the pandemic and that their efficacies would become clearer with time.

The minister said that there were many studies pointing to the efficacy of molnupiravir and that Turkey was determined to introduce the drug to citizens as early as possible.

Koca stated that they had received license applications to produce molnupiravir locally in Turkey. "We aim to make molnupiravir available to our citizens in the earliest possible period by employing competition, and by producing it at lowest price possible. This will not take too long."

Koca also touched upon the latest situation with the Sputnik V vaccine.

"There is no clear situation about it. Since it consists of two different doses, no more than an additional 400,000 doses have been received. Negotiations continue. We do not have a problem with other vaccines," he said.

Asked about the shortages of stocks in pharmacies, Koca stated the issue was on the agenda and price changes would come into effect on Feb. 15 according to legislation. He said the Health Ministry was closely monitoring pharmacies, warehouses and manufacturers and that it had intensified inspections but no serious problem was found.

Koca explained that since there was no flu season last year, less medicine was consumed and the main companies kept production low in case the same happened this year, which is why finding flu medicines can be challenging at times.

The health minister also touched upon misconceptions about vaccines.

Koca said that there was overwhelming support for multiple doses of childhood vaccines, and reiterated that a similar logic applied to COVID-19 vaccines booster shots. "The vaccine also has a protection period. It can be six months, eight months, 12 months," he said.

"Those who have not completed their doses should receive them, because we see that although infection rate in over 60's is 17.1%, the death rate is 85.7%," Koca noted.

"I want to reiterate how important this is."