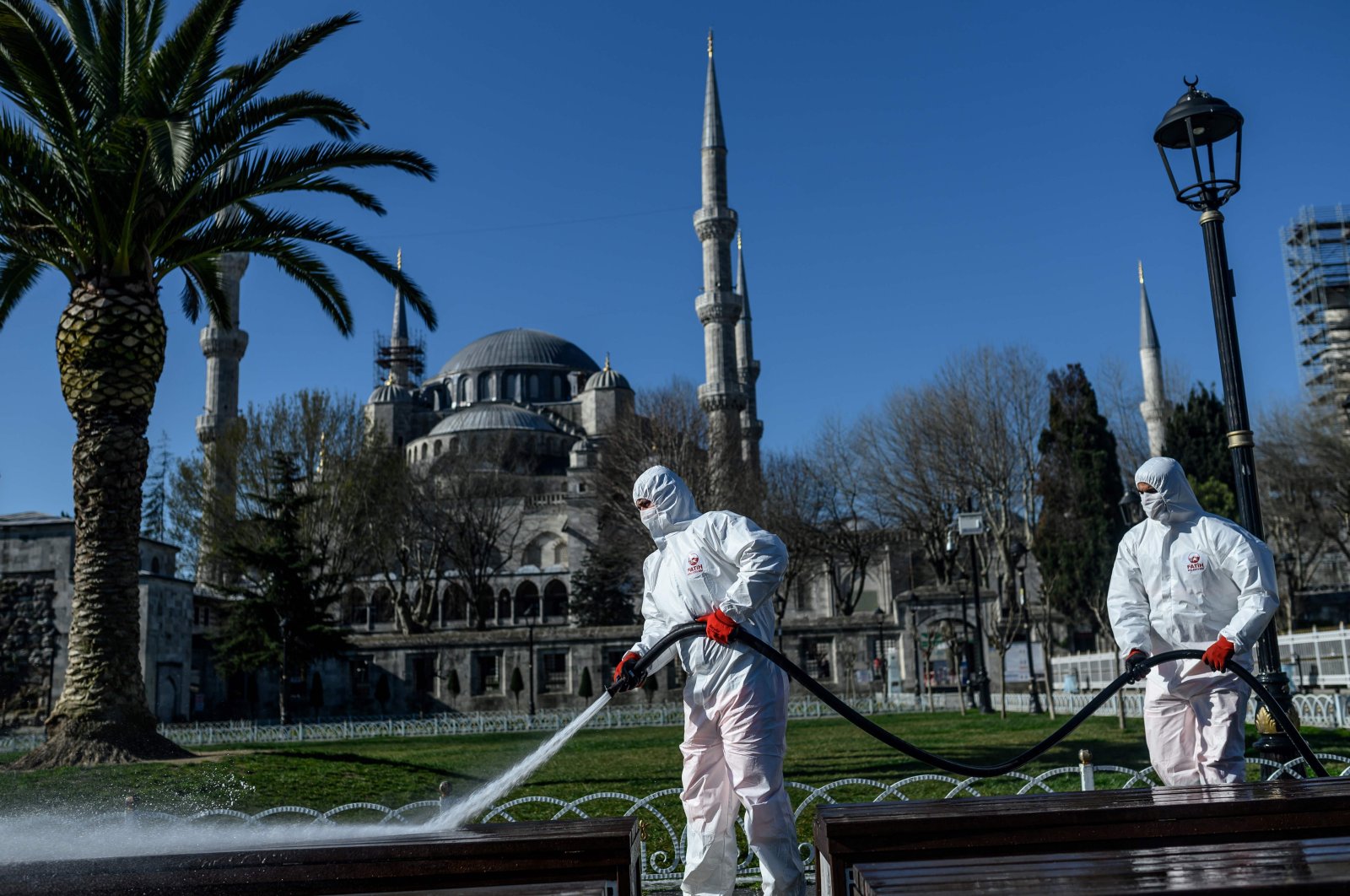 Members of the Fatih Municipality disinfect Istanbul's Sultanahmet Square with the Blue Mosque in the background to prevent the spread of the coronavirus, March 21, 2020. (AFP Photo)
by DAILY SABAH May 15, 2020 3:21 pm

The head of Turkey’s top religious body Diyanet announced Friday that plans are in place to reopen mosques for communal prayers on June 12, following a three-month hiatus announced due to the coronavirus outbreak.

“While prioritizing our health, I hope we will be able to return to our mosques as soon as possible,” Diyanet head Ali Erbaş said on a TV program.

However, he added that it did not appear to be possible for now to allow for Eid prayers, a special congregational prayer on the morning of the Eid al-Fitr, urging citizens to limit their visits to relatives over the holiday.

On March 16, Diyanet announced a nationwide ban on prayer gatherings, including Friday prayers, in the wake of the coronavirus outbreak.

Mosques have remained open to people who want to perform daily prayers.

Muslim countries have started to ease coronavirus measures on mosques as cases decrease. Malaysia this week allowed 88 mosques to hold Islamic Friday prayers, while Pakistan lifted restrictions on congregational prayers at mosques at the beginning of Ramadan.

Turkey has not imposed a stringent nationwide lockdown since reporting its first positive case on March 11, resorting instead to weekend curfews in 31 provinces and cities. It also limited travel between those cities.