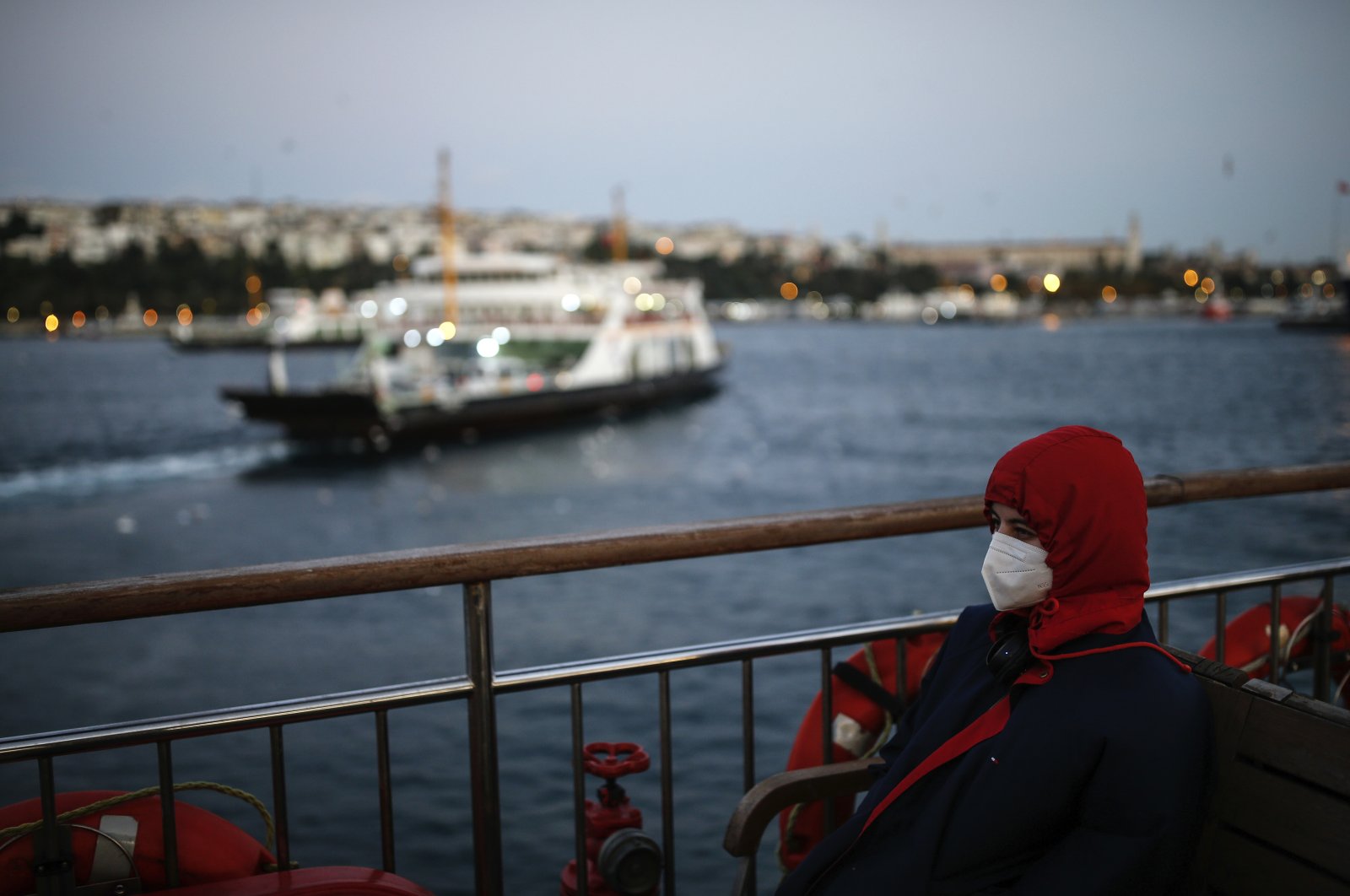 In this Wednesday, Oct. 21, 2020, file photo, a woman, wearing a protective mask to help prevent the spread of the coronavirus, takes a boat trip over the Bosphorus Strait separating the Asian and the European sides of Istanbul. (AP Photo)
by Daily Sabah with AA
Nov 29, 2020 8:36 pm

Turkey on Sunday reported a total of 400,242 coronavirus recoveries with 4,015 new additions over the past 24 hours, according to the Health Ministry data.

The country registered 29,281 more COVID-19 infections, including 6,439 symptomatic cases, over the past day, the ministry figures showed.

The new symptomatic cases raised the overall count to 494,351. The count of fatalities rose by 185, bringing the country's death toll to 13,558.

More than 168,200 coronavirus tests were conducted across the country since Saturday, bringing the total to over 18.41 million, while the number of patients in critical condition now stands at 5,011.

"The number of seriously ill patients continues to increase. Support our health care professionals who efficiently bear this burden. Add strength to this fight by better following the measures," Health Minister Fahrettin Koca said on Twitter.

The country is expected to announce further restrictions following Tuesday’s Cabinet meeting as experts and authorities warn of a worsening coronavirus outbreak across the country.

After having a relatively unrestricted summer with the case numbers following a linear path for much of the season, Turkey had to reintroduce several restrictions this month as infection rates across the country worsened with the arrival of fall and the accompanying flu season.

Following a previous Cabinet meeting on Nov. 17, President Recep Tayyip Erdoğan announced the reintroduction of the first set of restrictions that would signal a harsh winter for the country.

In his address to the nation, Erdoğan announced a partial weekend curfew from 8 p.m. to 10 a.m. across all provinces.

Along with the weekend curfew, Turkey restricted senior citizens aged 65 and older and youth aged 20 and younger from going out except for between the hours of 10 a.m. and 1 p.m. and between 1 p.m. and 4 p.m., respectively.

Schools were also shut down except for preschoolers for the remainder of the first semester.

Other measures include a ban on restaurants and cafes from hosting customers, serving takeout and delivery orders only.

A day after the first measures were announced, Health Minister Fahrettin Koca pointed at the rampant increase of coronavirus cases in the country’s crowded cities as the reason for the restrictions, which he said were “inevitable.” He had also warned even stricter measures would be imposed should the outlook of the crisis fail to improve.

The COVID-19 pandemic has claimed more than 1.45 million lives in 191 countries and regions since last December.

Over 62.44 million cases have been reported worldwide, with more than 39.97 million recoveries, according to figures compiled by the U.S.' Johns Hopkins University.

While the US, India, and Brazil remain the worst-hit countries in terms of the number of cases, Europe is in the grip of a devastating second wave of infections.