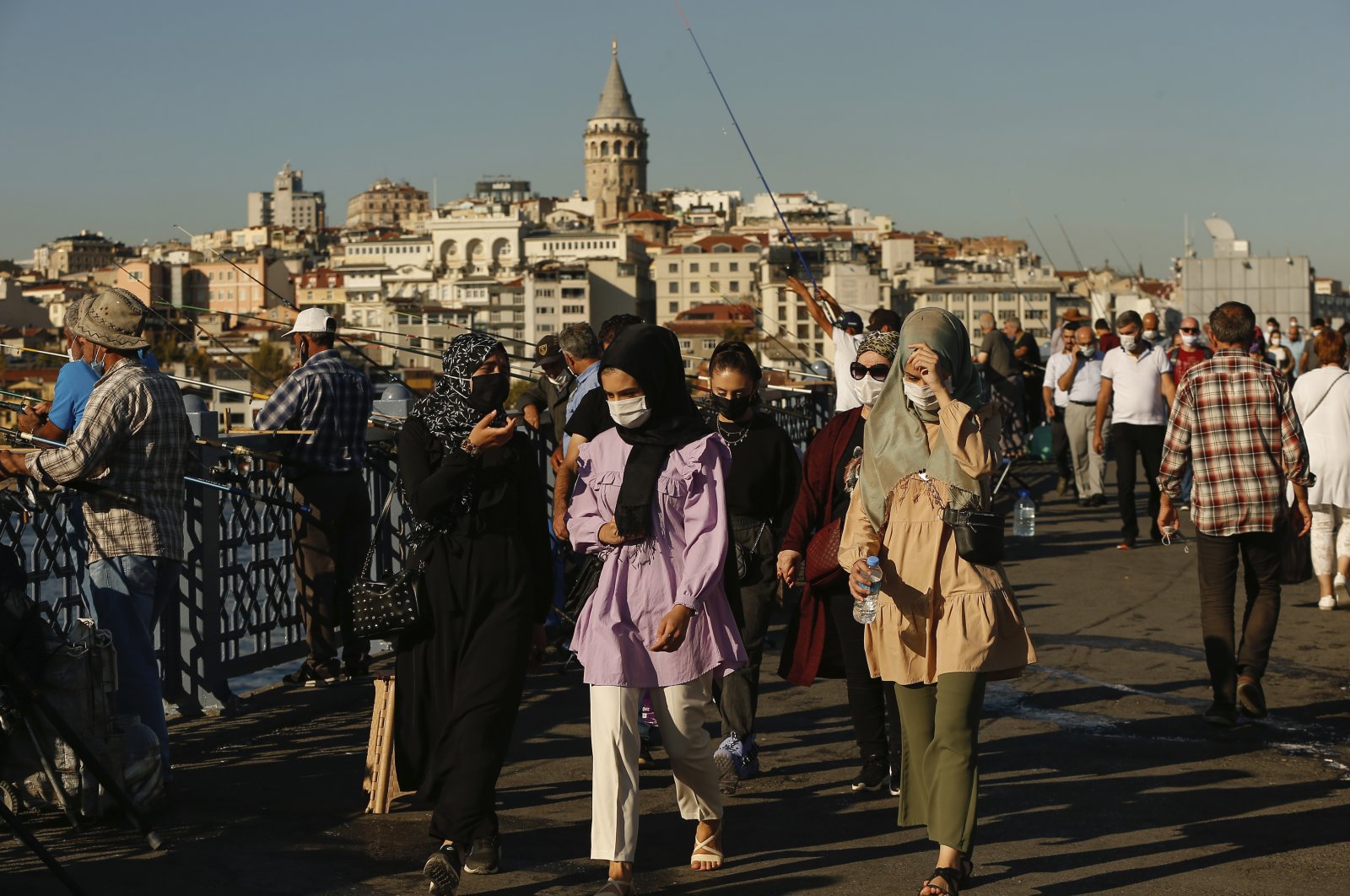 People wearing masks to help protect against the spread of the coronavirus walk on Galata Bridge over the Golden Horn in Istanbul, Turkey, Oct. 2, 2020. (AP Photo)
by Anadolu Agency Oct 05, 2020 7:58 pm

Turkey reported 1,603 more patients of the coronavirus and 1,320 recoveries over the past 24 hours, the Health Ministry said Monday.

The overall patient count now stands at 326,046, with recoveries totaling 286,370, according to the ministry data.

The death toll from the virus reached 8,498, with 57 more fatalities.

The figures also showed that the number of patients in critical condition now stands at 1,412, while 6.2% of patients have developed pneumonia this week.

"We have to reduce the number of our active cases," Health Minister Fahrettin Koca said on Twitter, adding that the unity of citizens in following health care measures would strongly help all to fight the disease.

Across the world, COVID-19 has claimed more than 1.03 million lives in 188 countries and regions since last December.

Over 35.27 million cases have been reported worldwide, with recoveries surpassing 24.55 million, according to figures compiled by the U.S.-based Johns Hopkins University.