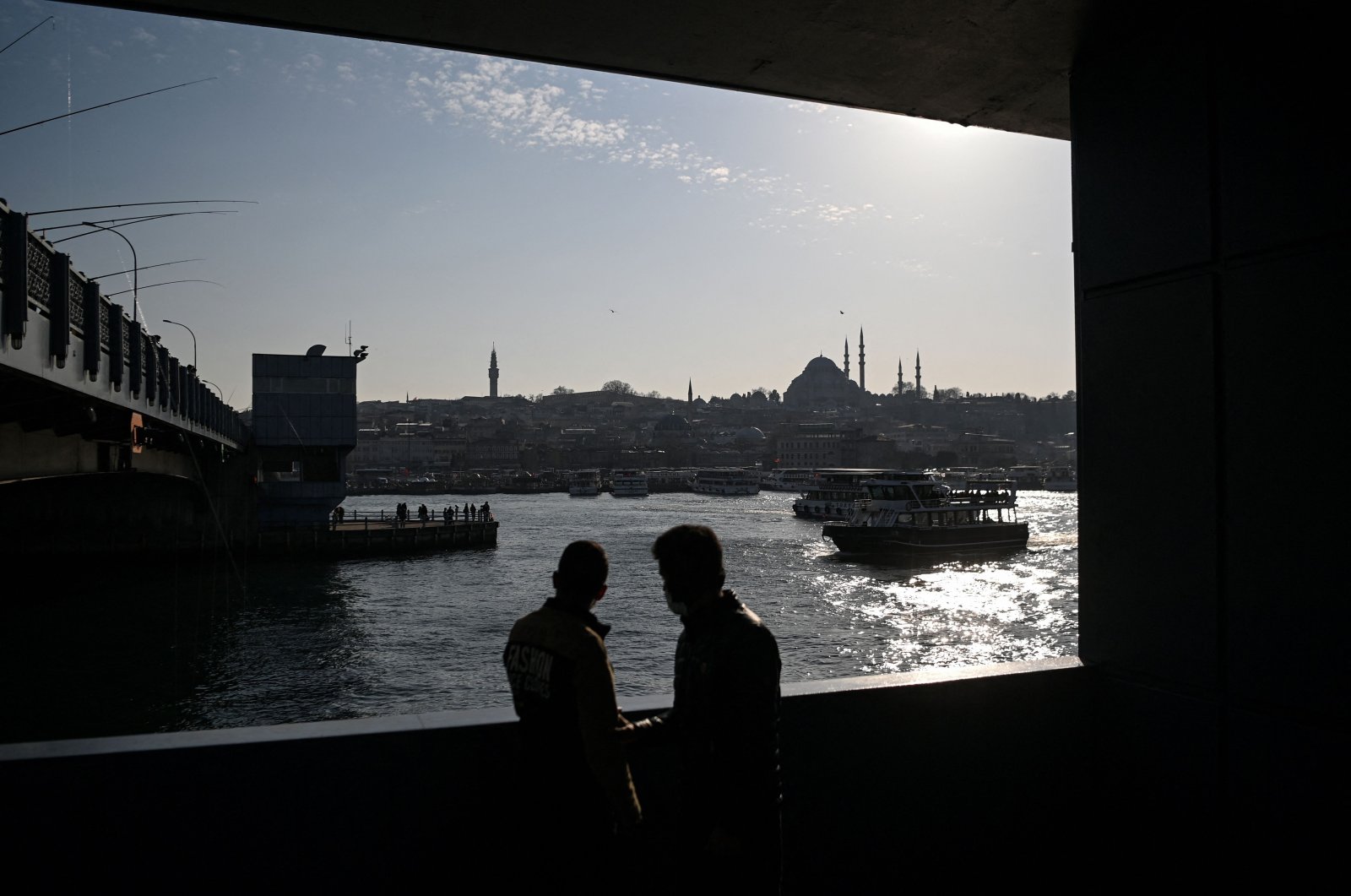 Two men look at the Golden Horn spanned by the Galata Bridge with the Süleymaniye mosque in background, at Eminönü district in Istanbul on March 9, 2021. (AFP Photo)
by Anadolu Agency Mar 09, 2021 9:31 pm
RECOMMENDED

Turkey on Tuesday reported a further of 13,755 coronavirus cases, including 801 symptomatic patients, according to the Health Ministry.

The country's case tally passed 2.8 million, while the nationwide death toll reached 29,160, with 66 fatalities over the past day.

As many as 8,639 more patients in the country won the battle against the virus, bringing the total number of recoveries to over 2.64 million.

More than 34.4 million coronavirus tests have been conducted in Turkey to date, with 140,828 since Monday.

The latest figures show that the number of COVID-19 patients in critical condition stands at 1,289.

"Let's protect our limits. You never know when the virus will attack," Health Minister Fahrettin Koca said on Twitter.

So far, more than 10.28 million vaccines – including over 7.7 million first dose and more than 2.57 million second dose jabs – have been administered across Turkey, according to the official figures.

On Jan. 14, Turkey began a mass vaccination campaign, starting with healthcare workers along with top officials to encourage public confidence in the vaccines.

On March 1, President Recep Tayyip Erdoğan announced the easing of coronavirus restrictions based on circumstances in individual provinces.

Since last December, Turkey has been implementing curfew on weeknights.

The pandemic has claimed more than 2.6 million lives in 192 countries and regions since December 2019.

Over 117.3 million cases have been reported worldwide, with recoveries now nearing 66.5 million, according to figures compiled by the U.S.' Johns Hopkins University.