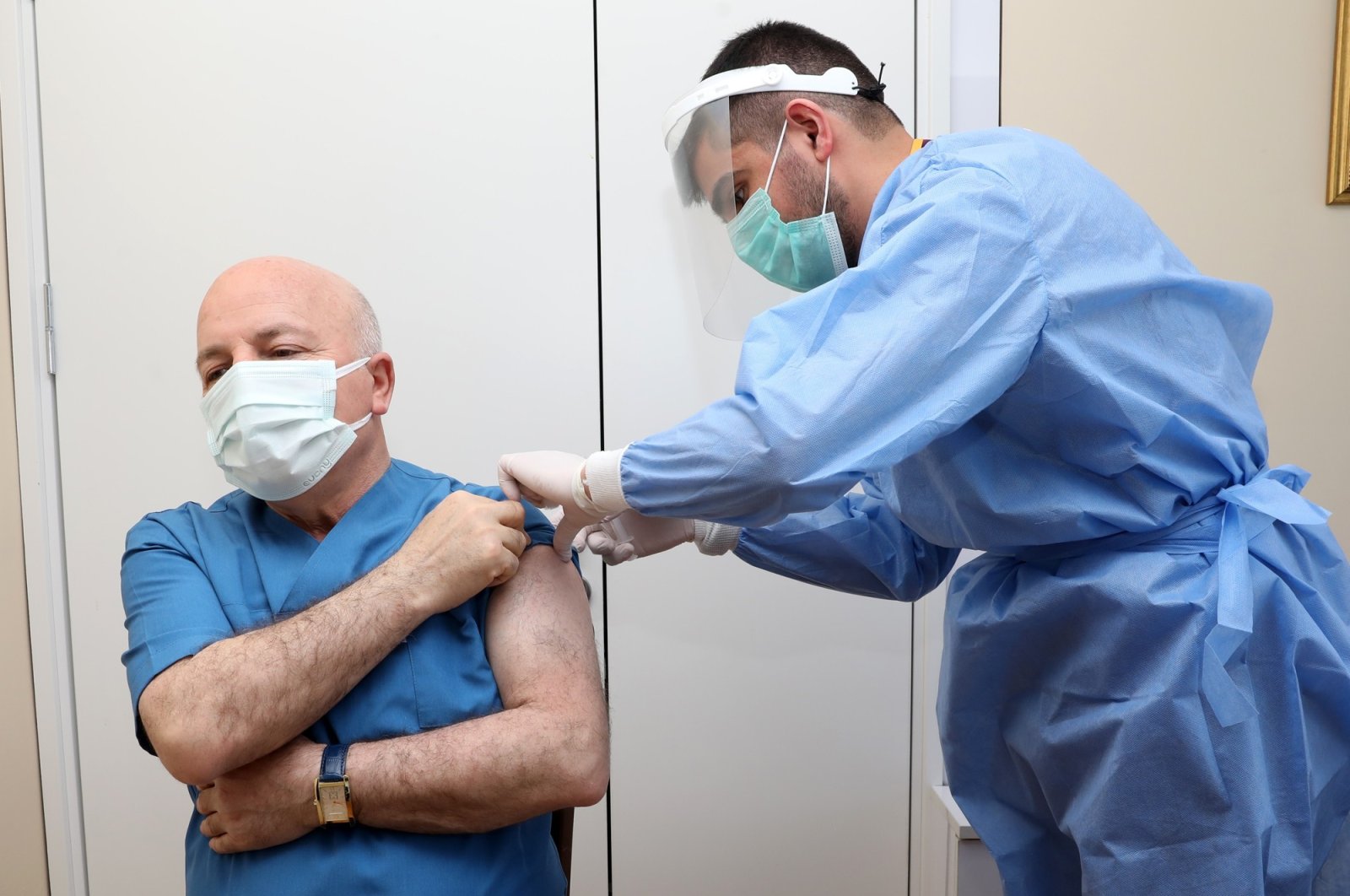 Turkey as of Monday has administered more than 10 million doses of the coronavirus vaccine, in an inoculation drive that began in January.

The latest figures from the Health Ministry show some 7.6 million people were given their first dose of the CoronaVac, while another 2.4 million people have received their second jabs.

Istanbul, which hosts nearly one-fifth of the country's population, has seen over 1.5 million jabs administered, most of them first doses, while some 422,000 people have received their second dose.

Health Minister Fahrettin Koca said on Twitter that the vaccination campaign is continuing as planned. "As of today, 10 million doses of vaccines were administered. I thank all of our personnel who have contributed to this. Our nation deserves the best," he said.

The vaccination drive is one of the determining factors for Turkey’s ambition to "normalize" daily life. This month, a gradual reopening was launched for some businesses, while nationwide curfews have been eased on a regional basis. The country has so far confirmed more than 2.78 million cases, including 29,030 fatalities and over 2.62 million recoveries.

In a color-coded map of the country, where provinces with high or low risk are categorized, several places still remain under risk in the second week of the normalization process. Authorities are considering diversifying the response to local surges in cases. Public health boards in each of the 81 provinces are tasked with imposing or lifting restrictions.

Under the new plans, as reported by the Turkish language daily, Hürriyet, risky areas in otherwise "safe" provinces will be subject to special rules. For instance, the boards will have the authority to shut down specific streets or public venues in a province, where the average number of weekly cases is otherwise low, but the said area is a breeding ground for new infections. Authorities are also considering limiting travel between high-risk provinces and those deemed low-risk.