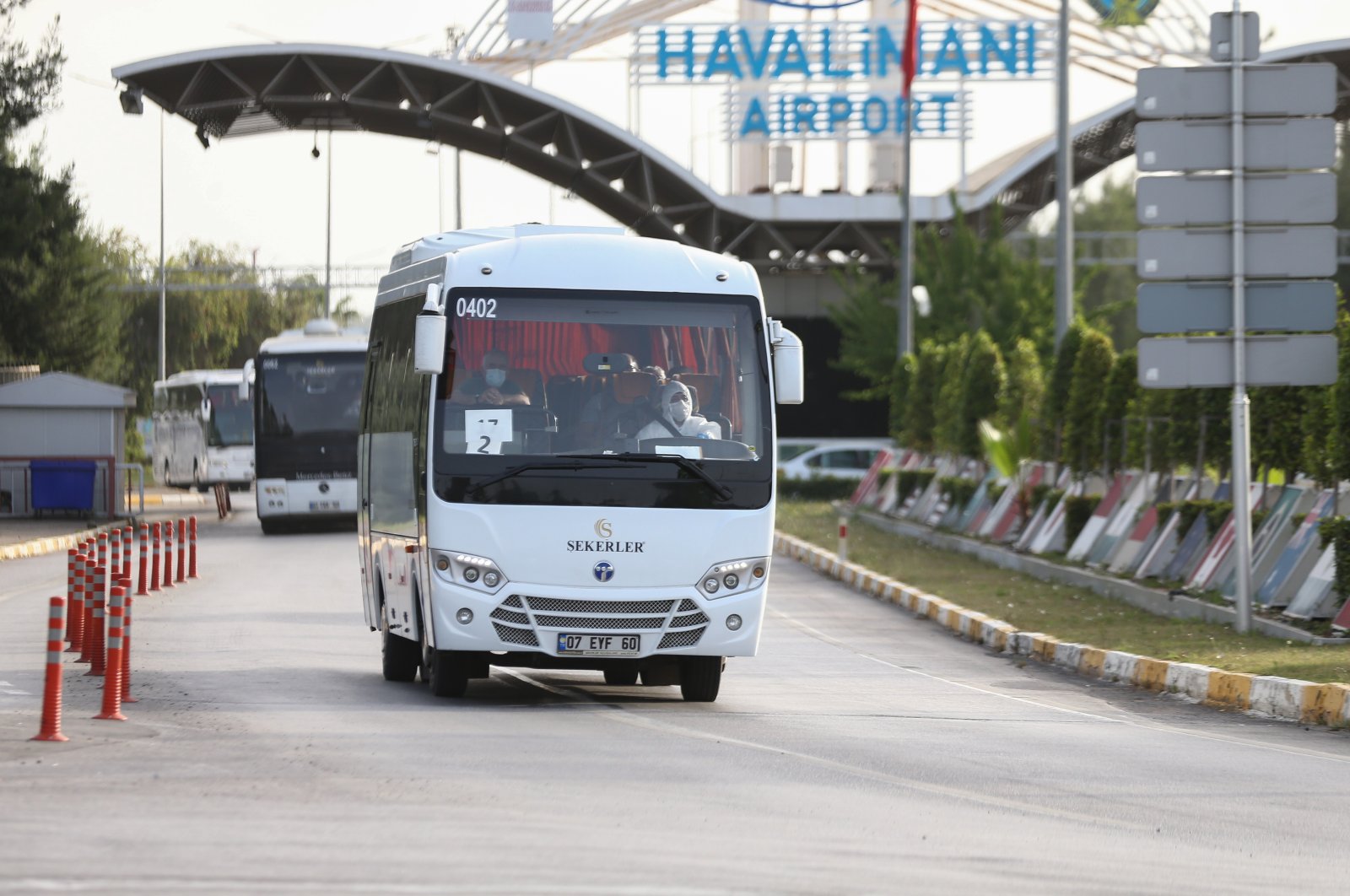 More than 300 Turks were repatriated to their homeland amid the novel coronavirus outbreak. A bus brings the evacuated from the airport to a dormitory in Ordu, May 16, 2020. (AA Photo)
by Anadolu Agency May 16, 2020 9:40 pm

Nearly 700 Turkish nationals were repatriated Saturday from the U.S. and Kyrgyzstan as part of an initiative by Ankara amid the coronavirus pandemic.

An exclusive Turkish Airlines flight with 354 Turks from the U.S. landed in the Black Sea province of Ordu.

Separately, 330 Turks were evacuated from Kyrgyzstan and landed in Istanbul.

After routine health checks, passengers were quarantined at dormitories in Antalya, Ordu, Giresun and Bolu provinces.

To date, Turkey has repatriated nearly 70,000 nationals from 107 nations, under the instruction of President Recep Tayyip Erdoğan and in coordination with the Foreign Ministry.

More than 4.59 million cases have been reported in 188 countries since the virus emerged in China last December, with the hardest-hit areas being the U.S. and Europe.

A significant portion of COVID-19 patients, more than 1.66 million, have recovered, but the disease has claimed more than 309,600 lives, according to data compiled by the U.S.-based Johns Hopkins University.