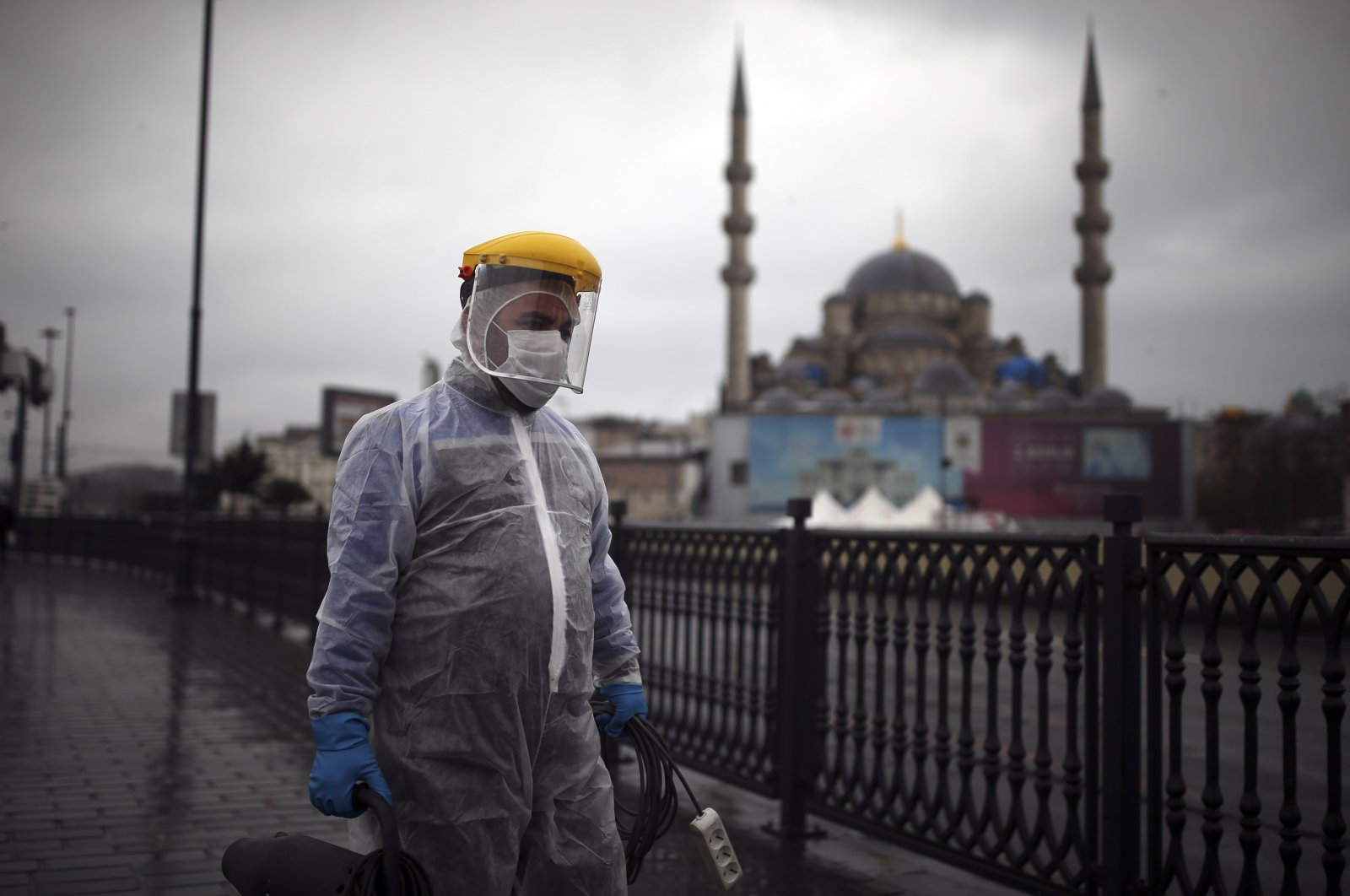 A municipality worker wearing a protective suit to help curb the spread of the coronavirus, walks to spray disinfectant on Galata Bridge over the Golden Horn in Istanbul, Turkey, Dec. 15, 2020. (AP Photo)
by Anadolu Agency Dec 17, 2020 7:44 pm

Turkey reported 27,515 more coronavirus infections, including 4,209 symptomatic patients, over the past 24 hours, according to Health Ministry data released Thursday.

The total number of cases reached 1.95 million with the latest additions, the data showed.

The number of patients in critical condition now stands at 5,803.

Health Minister Fahrettin Koca said the tally of patients in critical condition had finally begun to drop. "Measures and restrictions have begun to bear fruit," he said.

The COVID-19 pandemic has claimed over 1.65 million lives in 191 countries and regions since last December.

Nearly 74.4 million cases have been reported worldwide, with more than 42.1 million recoveries, according to figures compiled by the U.S.' Johns Hopkins University.